REGINA – According to a report by TSN‘s Gary Lawless, former NFL quarterback Vince Young is set to sign with the Saskatchewan Roughriders.

Lawless tweeted on Wednesday that Young’s agent, Leigh Steinberg, is on his way to Regina to finalize an agreement, while an announcement could come as early as Thursday:

hearing there could be @sskroughriders presser in Regina with Vince Young in attendance as early as tomorrow. @cfl #cfl

Lawless’ mention of Steinberg’s visit to Regina was confirmed moments later by the agent himself who tweeted that he is “flying to Canada to work on deal with Saskatchewan”.

Young has been tied to the Riders for a few weeks after Steinberg tweeted that the former Texas Longhorn was in negotiations with the CFL club.

The 33-year-old spent nine seasons in the NFL after being drafted third overall by the Tennessee Titans in 2006. He was named NFL Comeback Player of the Year in 2009.

Should he sign, Young would join the Riders’ starting quarterback competition along with 16-year veteran Kevin Glenn and several others, including Canadian Brandon Bridge.

Young’s popularity skyrocketed at the University of Texas, where his .938 winning percentage (30-2) ranks sixth in Division I history. 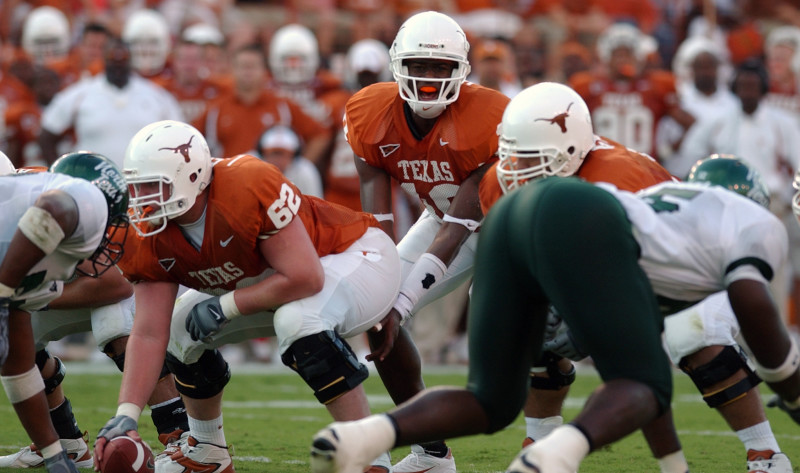 The height of it all came during the 2006 Rose Bowl. Young rushed for 200 yards in that iconic performance, including a nine-yard scramble on fourth down with 19 seconds left to lead the Longhorns to a 41-38 win in the National Championship.

Young’s NFL career spanned five teams and nine seasons but, while he last suited up for the Cleveland Browns as a member of their practice roster in 2014, he hasn’t taken a snap since playing for the Philadelphia Eagles in 2011.

If Young’s football comeback does bring him north, he’ll look to fill the void of he departed Darian Durant. Durant was a pending free agent this off-season when the Riders traded his rights to Montreal, where he has since re-signed.