Landry: Patience pays off for Greenwood during FA process 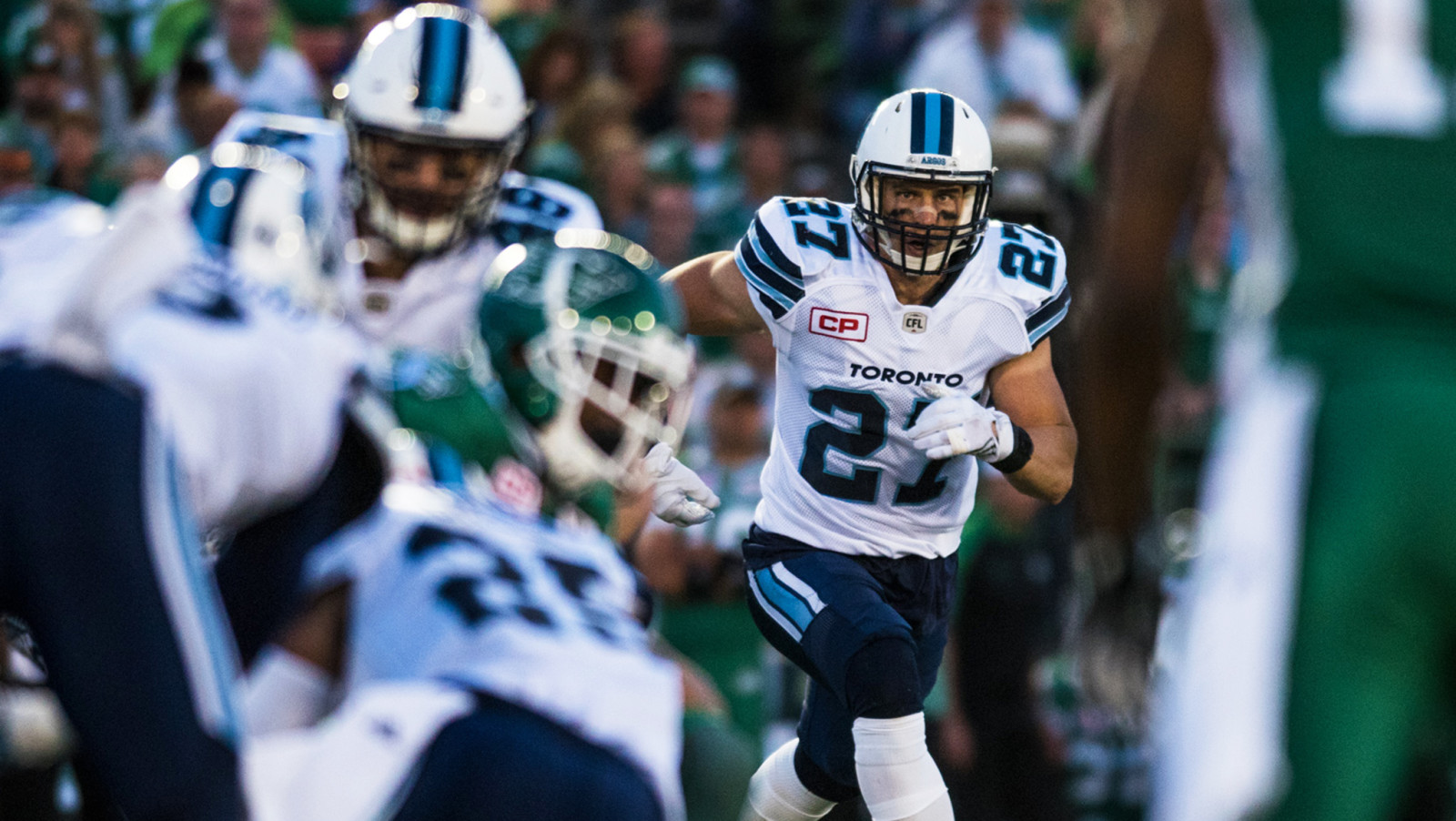 Landry: Patience pays off for Greenwood during FA process

Cory Greenwood is feeling comfortable with the idea of green and gold.

Feeling at home as a new member of the Edmonton Eskimos, after signing a contract a little over a week ago.

“This free agency, I kinda wanted to be picky,” the 31-year-old former Toronto Argonauts linebacker says. “Because I wanna win.”

That’s not a shot across the bow of his former team, necessarily. More of a compliment to his new one and the people who run it, from General Manager Ed Hervey, to Head Coach Jason Maas, through to Defensive Coordinator Mike Benevides and the rest of the coaching staff, as well as his new teammates. Greenwood, from afar, had been impressed by “the Eskimo way” and he became even more impressed, he says, after talking with players and coaches.

“I had a bunch of offers,” says Greenwood of his time as a free agent, prior to signing a contract with Edmonton. “I was looking for an organization where there wasn’t too much turnover. A lot of teams kinda go crazy in free agency and, like, half their team’s gone and it’s all new guys.”

That didn’t appeal to Greenwood. He was looking for consistency and says he wasn’t finding that in Toronto. The Argonauts had come off a 5 and 13 season in 2016, firing general manager Jim Barker in January and seeing head coach Scott Milanovich resign a few days later. When free agency hit, the team hadn’t yet hired Jim Popp and Marc Trestman to fill the roles and Greenwood had already fairly well decided to move on.

“I really liked all my teammates in Toronto,” Greenwood says, looking back on his decision to move west. “With all the inconsistency, I thought it was maybe time to try a different team.”

The Concordia Stingers’ grad feels like his new team has a solid, stable nucleus on both sides of the ball and he’s banking on that to get him to a Grey Cup game.

Greenwood has a lot of faith in the Eskimos and they are, in return, displaying faith that he will be able to be a key contributor as a starter on the weak side of their linebacking corps, choosing to adjust the way they distribute the Canadian talent on their roster.

“It’s a big decision on their part to accommodate me,” says Greenwood, aware of the confidence that shows the Eskimos have in him. “They switched the ratio and stuff.”

“This free agency, I kinda wanted to be picky,” the 31-year-old former Toronto Argonauts linebacker says. “Because I wanna win.”
– Cory Greenwood

Greenwood appreciates the belief being shown and to some, it might seem a bit of a gamble for the Eskimos. There is absolutely no doubt as to the abilities of Greenwood, who’ll be 32 when the season starts. When healthy, he’d been a fleet-footed and efficient defender for the Argonauts, tallying 70 tackles in 2016, in twelve games played. A knee injury robbed him of six games in the middle of the season. Two concussions limited him to just eight games played in 2015.

Greenwood maintains there are no worries on that front.

“I haven’t had any lingering symptoms, or anything like that,” he says, adding that since changing the type of helmet he wears, things have been just fine. “I was concussion-free all last year,” he says.

The irony is that Greenwood had zero concussion problems while he was in the NFL with the Kansas City Chiefs. When he joined the Argos at the tail end of the 2014 season, he wanted to wear the same type of helmet he’d had in Kansas City and the Argos obliged. However, something about the helmet didn’t feel right to Greenwood and he decided to switch to another design. That was the helmet in which he suffered those two concussions during the 2015 season. When he returned to action, he also returned to his original choice of helmet design and says he had no issues during the 2016 campaign.

The Eskimos took their time in making sure Greenwood was top-notch, having their doctors put him through physicals, part of the reason the negotiations between the two sides took, Greenwood figures, a couple of weeks or so. His visit to Edmonton was memorable and served to cement his desire to sign.

“When I went on for my physical I just had good vibes from meeting all the coaching staff,” he says. “I was able to talk to all the defensive coaches and I just felt really comfortable. It’s a good fit for me.”

Part of what makes it a good fit Greenwood says, is the way the Eskimos accommodate their veterans. Sherritt, he says, gave the team high marks in that regard and Argonauts’ defensive lineman Ricky Foley gave him a glowing report on Benevides, whom Foley had played for while a member of the B.C. Lions. 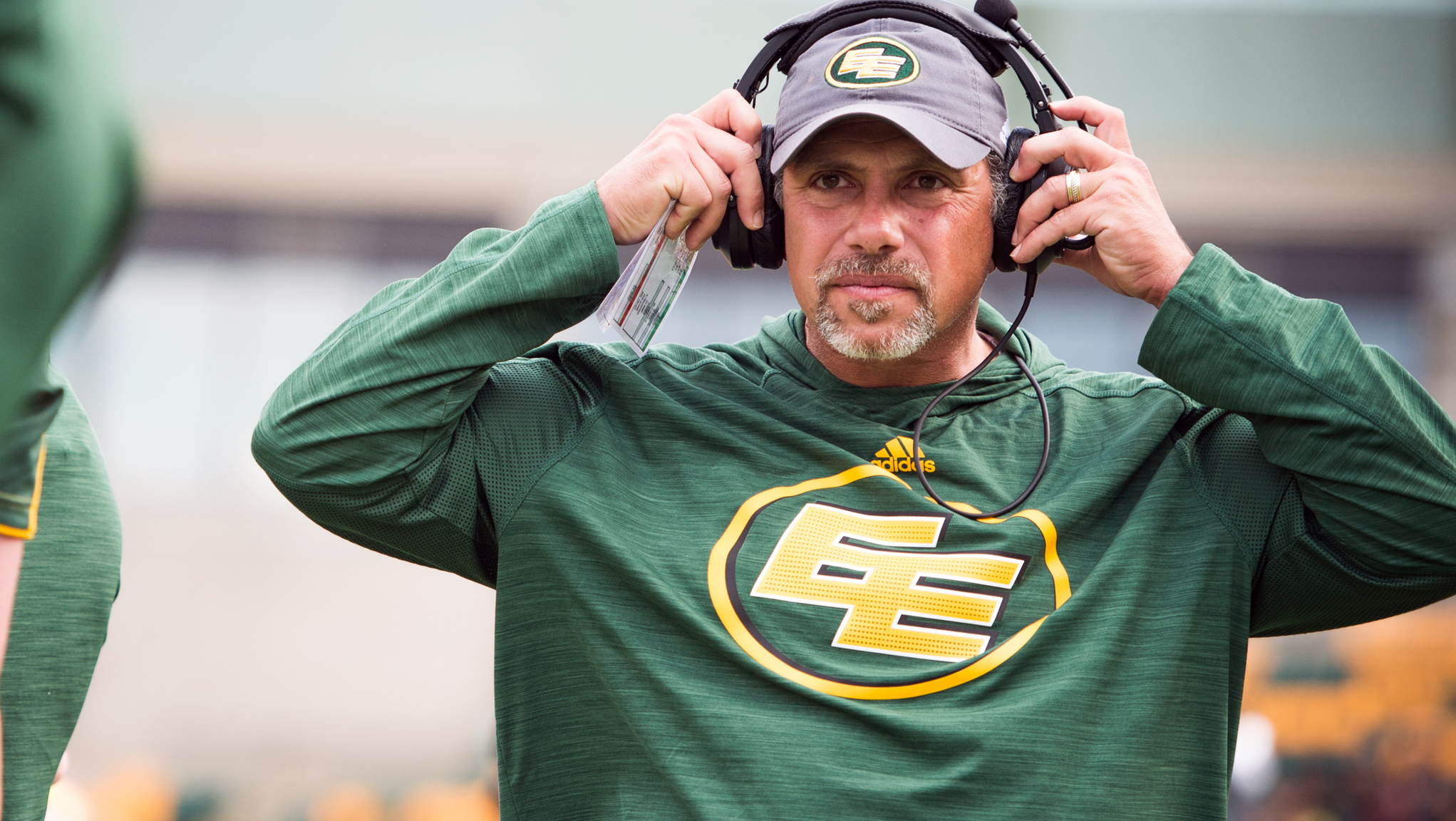 “I’ve heard so many good things about (Benevides) as a person,” says Greenwood. “As a leader. I talked to Ricky Foley and he said ‘you know what, man? To this day he calls me, periodically, and asks me how my family is.’ So he really cares about his players. He’s good to his vets and he just seems like a really good guy all around. I’m excited to work with him.”

Excited, really, to work with so many of his new bosses and teammates.

Greenwood talks glowingly about the depth of talent he sees on his new club and, again, about what he sees as a key component in both his decision to head to Edmonton and what it takes to win; Consistency.

“They re-signed a lot of their guys, Greenwood says. “They still have a lot of guys from that 2015 Grey Cup year. I think experience goes a long way in the CFL.”

For his part, there are no individual goals laid out in 2017. As a CFL starter, Greenwood has averaged a little over five tackles a game. If you prorate that over an 18-game schedule, he’d be good for 90 or 100 tackles and that ain’t half bad, of course. Getting into those 18 games is the main thing.

“Obviously, I just wanna be healthy,” he says.