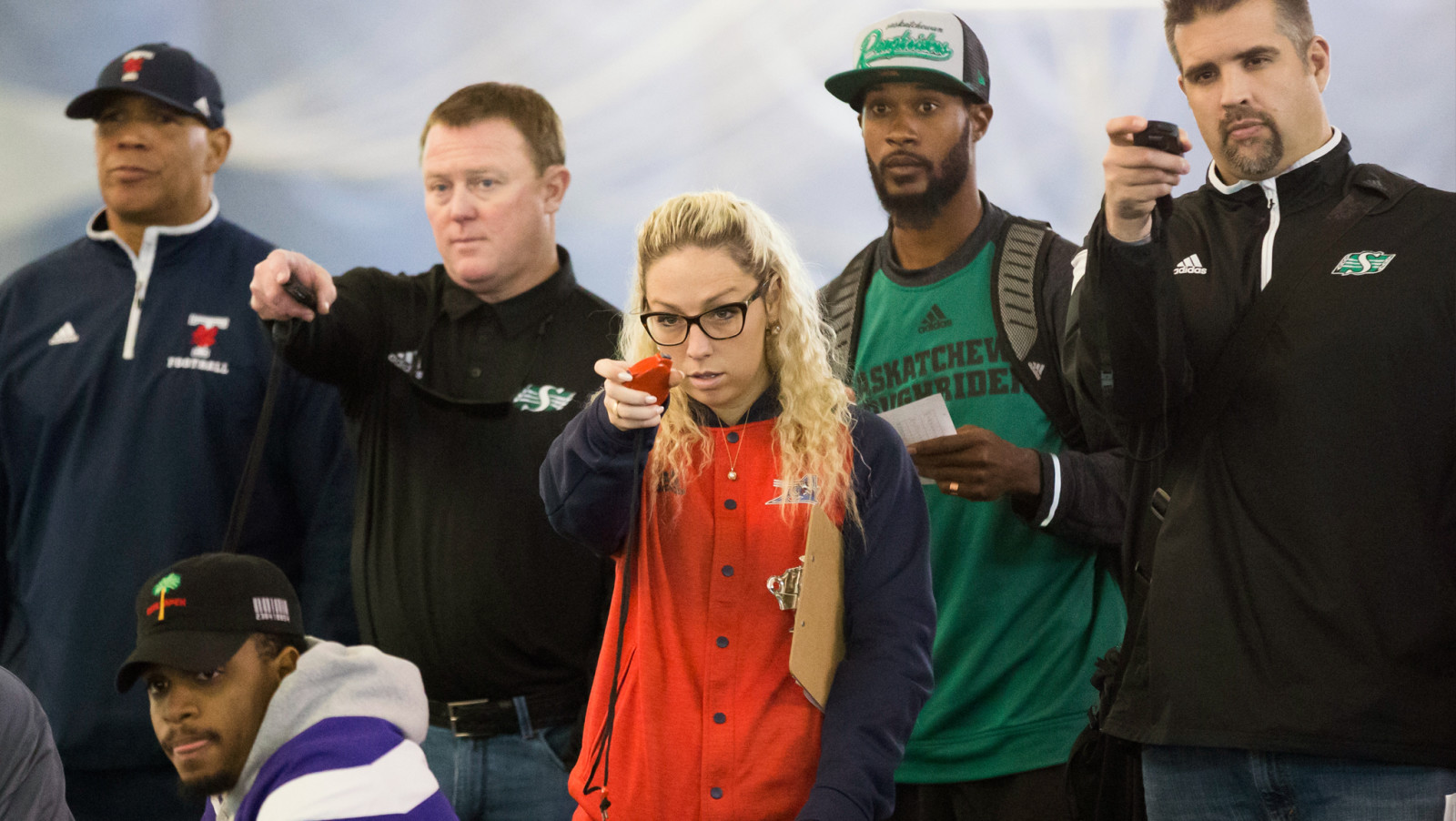 REGINA — With a keen eye open and her stopwatch out, Catherine Raîche has wasted little time getting acclimated with football’s front lines.

Raîche expanded her portfolio this off-season with the Als, earning a promotion to assistant general manager. But while she’s the only female of her kind in the Canadian Football League, she’s got other things on her mind.

Raîche has been at every regional combine so far and will complete the circuit this week in Regina.

“To see them in person gives you a lot of information,” she said. “You see their attitude, you see stuff you can’t see on film when you see them, talking to people and everything.

“It’s just good to see how they test because sometimes on film they look really good and they test badly.”

RELATED
» Follow the combine live on CFL.ca
» MMQB: Who will be this year’s Brian Jones?
» Mock 1.0: Who will the Als take in the draft?

Catherine Raîche was promoted to assistant general manager by the Als this off-season (Kevin Sousa/CFL.ca)

The Alouettes re-built their front office this off-season following the dismissal of Jim Popp as general manager. In came Kavis Reed, while Raîche earned her role as second in the chain of command.

After joining the Alouettes in December 2015 as the coordinator of football administration, Raîche’s responsibilities included tracking the salary cap, negotiating and structuring contracts and organizing team travel. In her new capacities, the 27-year-old will oversee day to day activities, including player evaluation.

Raîche has seen a lot of this year’s draft class up close and offers a positive review of what she’s seen.

“So far so good,” she said. “We like what we see so far. There’s a big class of defensive linemen this year so that’s going to be one of the big positions during this draft.”

That, of course, plays right into the Alouettes’ hands.

The Als spent their off-season changing their ratio, loading up on Canadian defensive linemen including Jabar Westerman, Don Oramaisonwu and Keith Shologan. 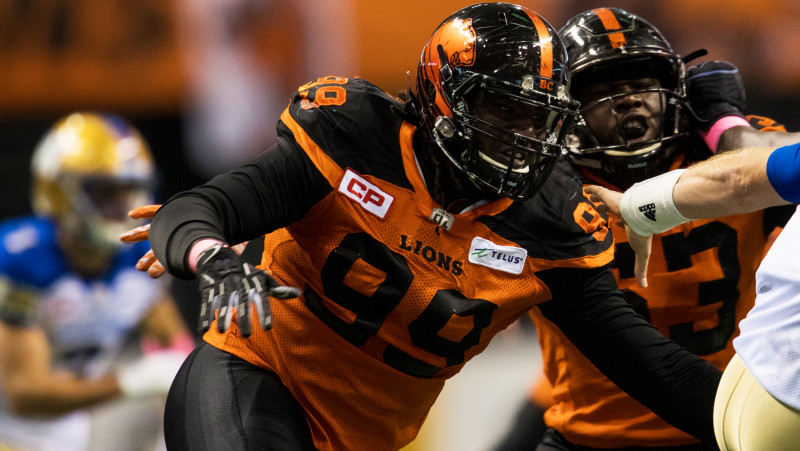 Likely to start two international tackles on offence, the Alouettes will need to start more Canadians on the other side of the ball.

“When we got into free agency, one of the main things we wanted to do was to get ratio flexibility,” said Raîche. “We wanted to get that on the D-line.

“By starting two American tackles on our O-line, we needed to change somewhere else so D-line, linebacker – these are two positions we’re going to look at. So obviously, it plays into our favour that this draft has a great class of defensive linemen.”

After watching nearly 90 prospects take part in two regional combines, Raîche will be at the Western Regional Combine in Regina on Thursday. Then she’ll see the best of the best on Friday and Saturday at the CFL Combine presented by adidas — including those who advanced from the regionals.

So far, 10 players have earned invites to the national combine.

“Now they’re going to compete with the best guys that are actually available for this year’s draft. They need to maintain the same standards if not even more.”