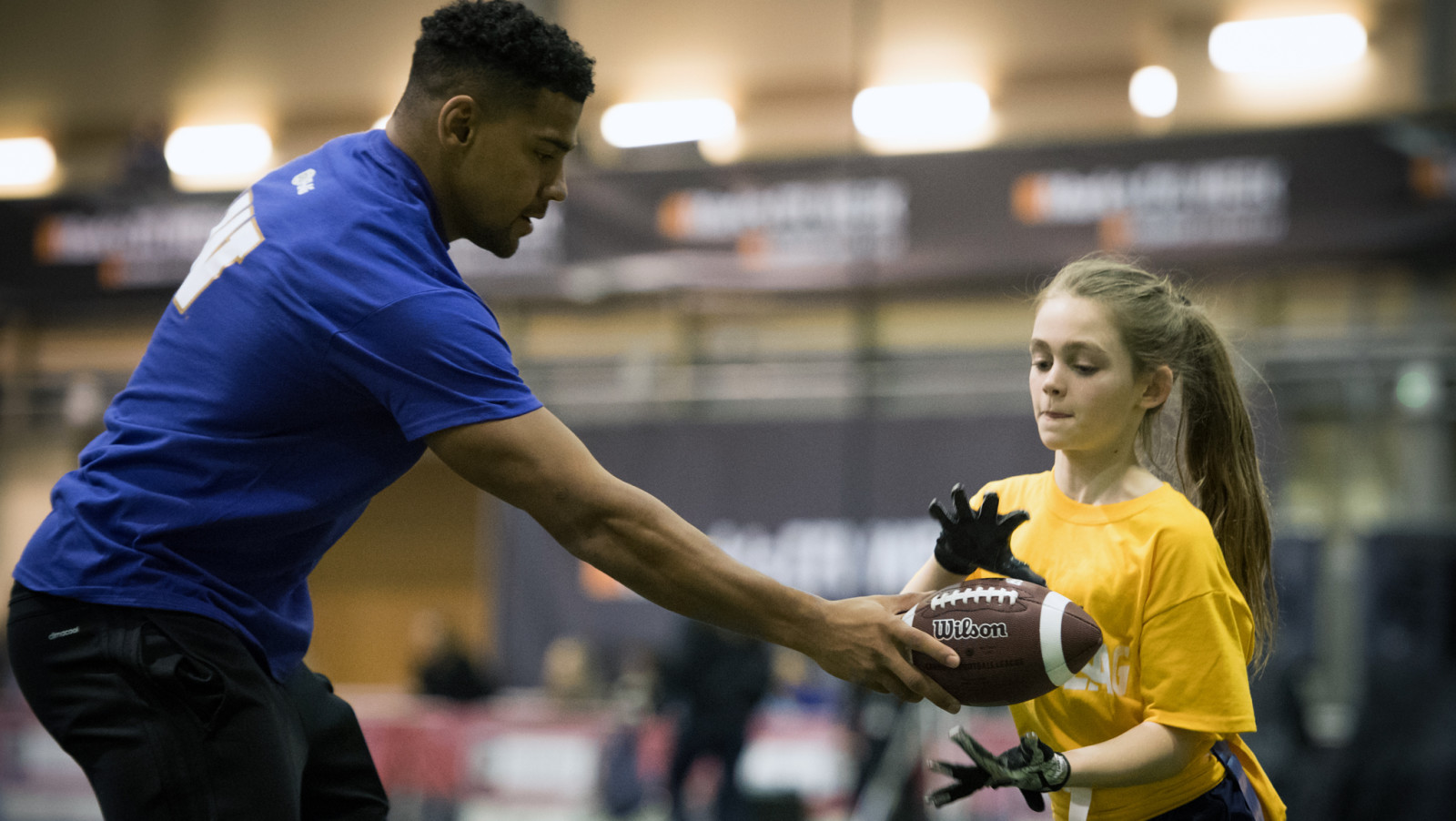 REGINA — The mini-clinic was over and the kids involved were almost ready to begin trickling off of the field. Before they could do that though, they had some autographs to get.

It’s not every day that you have Winnipeg Blue Bomber Andrew Harris, Montreal Alouette Nik Lewis and Ottawa REDBLACK Brad Sinopoli at your disposal in a city that’s usually enemy territory for them. While the three standout players in this league were no doubt dealing with their share of requests, they weren’t the most popular choice on the field.

Many of the young girls that had taken part in the flag football clinic at Evraz Place gravitated to a trio of Regina Riot players, asking the members of the women’s tackle football team to sign their t-shirts. When it was all said and done, that trio of women was busier than Harris, Lewis and Sinopoli were, still signing as the CFLers left the field and waited for a co-ed clinic to start shortly after. 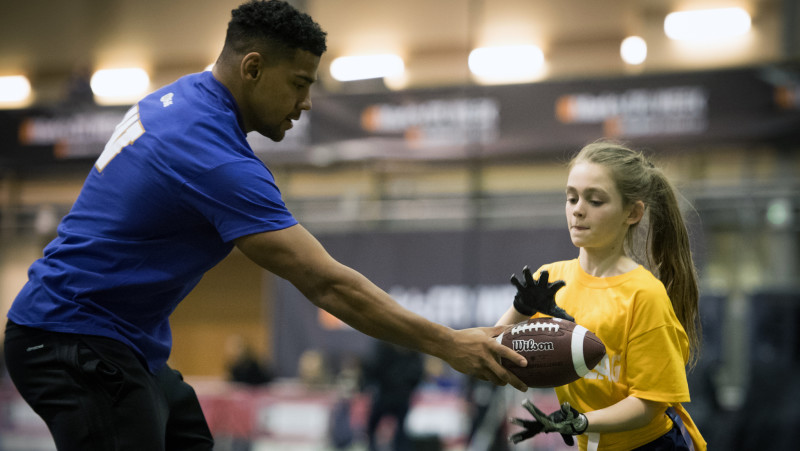 The clinic had girls from 10-15 and had all of the established football players teaching the basics of the game: footwork, ball protection and one-on-one drills for about 90 minutes.

“It’s great for us to have the Riot’s name (out there) but to show young ladies that football is something that’s accessible for them and that there are places they can go and play.”

Also on hand to deliver a similar message was Alouettes assistant general manager Catherine Raiche. She spoke to the girls at the end of the clinic and told them about her climb through the organization.

A lawyer for three years before she joined the team in 2015 as a volunteer, she was eventually hired to help manage the team’s salary cap, structured player contracts and handled the team’s travel arrangements. The message was brief, but powerful.

“I started and I volunteered, unpaid I was helping out with basic stuff: Driving cars, driving players around, really basic stuff. I got a contract, I worked for them. And now I just got promoted to assistant general manager, football ops.”

The group stopped her to applaud her new job. “I really want you to think and remember this: Whatever you want to do, don’t ever let
your gender or anything else tell you differently or stop you from anything you want to do. Just work hard, put the hours in, do what you have to do to get there. That’s the only thing I’d like you to remember.”

While the girls got their t-shirts signed by the Riot and CFL players, Raiche said that when she got the promotion earlier this year that she didn’t anticipate getting as much attention as she has for breaking into a male-dominated industry.

“One of the main things I’ve kept on saying is I’m not focusing on gender,” she said. “That’s what I want them to see and everybody, pretty much. To me, competence has no gender. Whether you’re a girl or a man, you do the job, you work hard, you’re going to succeed. I don’t see it as a barrier or whatever.”

Dore appreciated having Raiche there. While women’s football — tackle or flag — is growing in Canada, Thursday’s mini-clinic was something special. The presence of a female football executive certainly added to it.

“I think that message is exactly right: Don’t let your gender stop you,” said Dore, who along with four of her Riot teammates will suit up for Team Canada from June 24 to June 30 at the International Federation of American Football Women’s World Championship in Langley, B.C.

“Don’t let your gender, in this case, discourage you. I think that’s a fantastic message for young women. We get to pass that message by saying as football players, we learned, we did what we needed to do and we continue to try to be elite and then improve our organization and improve the game of football.”