Crossroads: Jamal Campbell and ‘the only option’

Crossroads: Jamal Campbell and ‘the only option’

Before I tell you about my experience with football, I need to get something straight. Basketball was my first love; without the Argos’ Level the Playing Field program, I’d have never found my way to the gridiron.

I grew up shooting hoops, and my relationship with basketball wasn’t just a casual one. My friends and I would finish practice at school, only to hop on the TTC and head downtown to play more ball in Parkdale. We’d finish at 11:00 PM and have to be up early the next morning for practice before school.

We used to have to round up some serious change to get onto the TTC for those practices in Parkdale, we weren’t messing around. Basketball was our passion.

So how did a bunch of 15 and 16-year olds with hoop dreams from inner city Toronto discover football? We first heard about it at a school assembly, where I met Jason Colero for the first time. 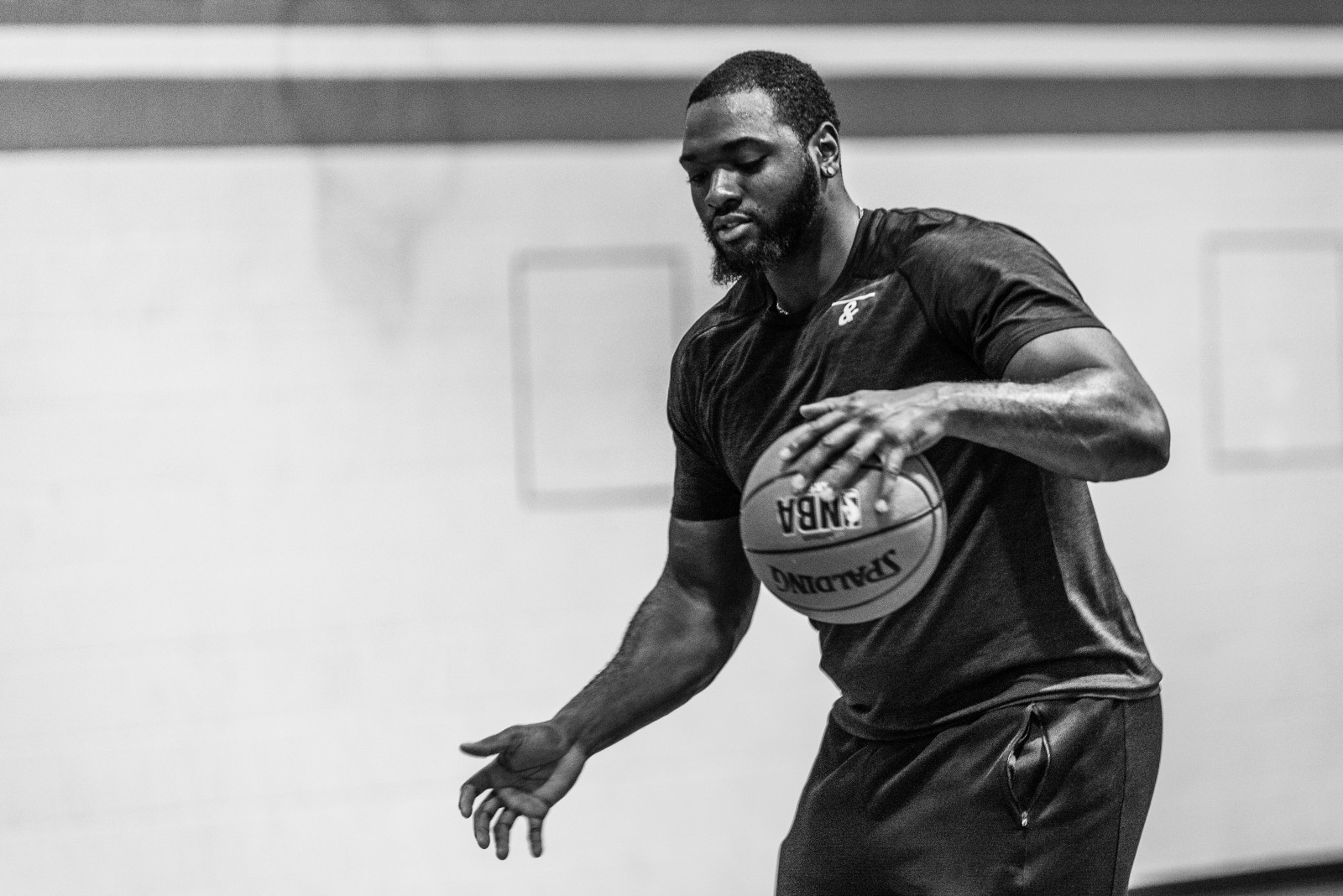 Back then, Jason – the Argonauts Director of Community Relations – was the same person he is now. He came into the room full of energy, he was ready to go at the drop of a hat.

We’d never been introduced to football before, and Jason walked in the room and said ‘We’re here to bring football back to inner-city schools and we want to start with you guys.’

A couple weeks later, we were suiting up for our first practice, trying to figure out how to put the pads on.

The Argos were really supportive during those early stages of our program. They followed that assembly up with equipment for our team, tickets to see them play and 1-on-1 coaching from their players.

We weren’t very good at football back then, but the fact that someone believed in us enough to come and provide an opportunity wasn’t lost on us. 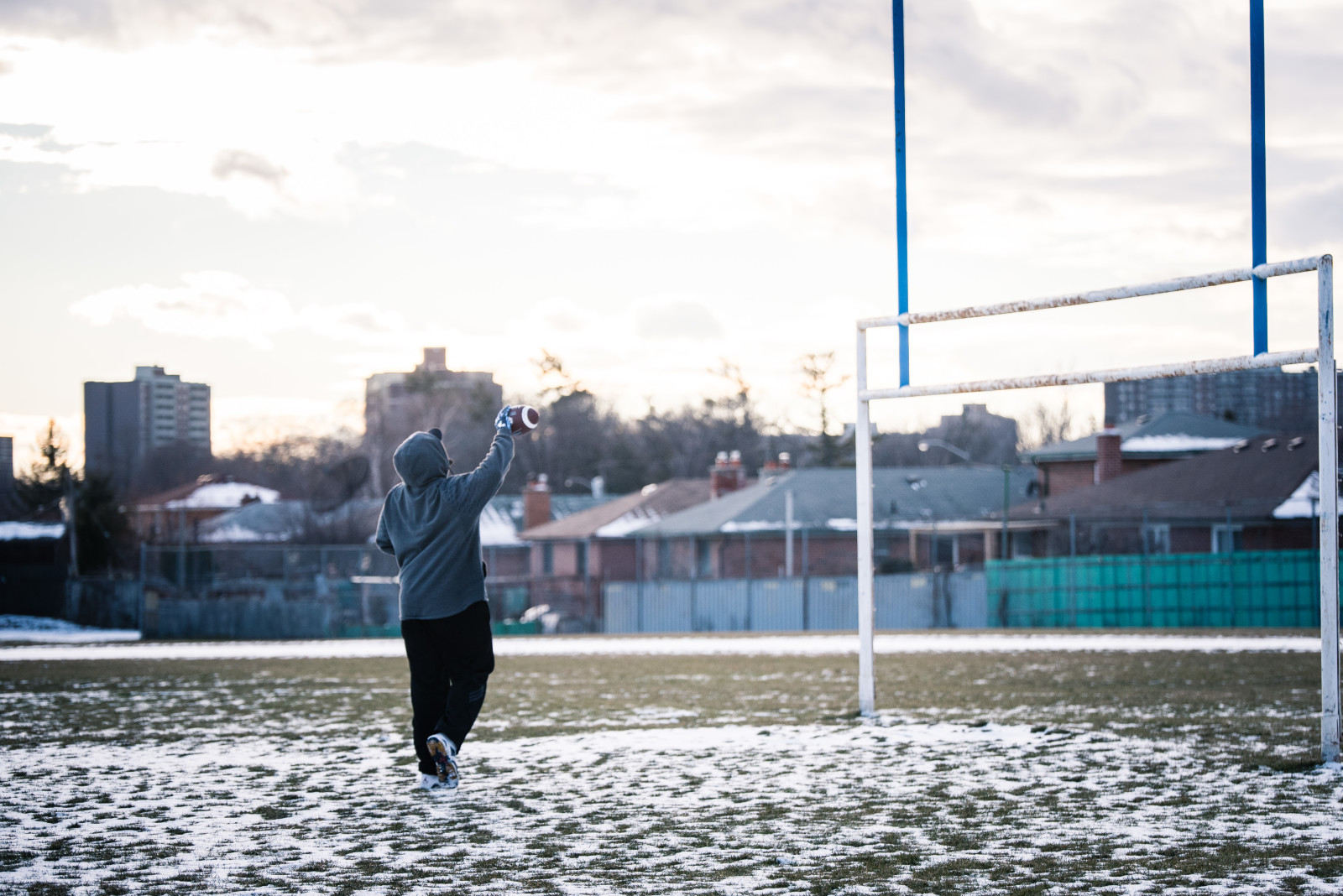 What I liked about football was that I could go out and hit someone without getting in trouble. For a lot of us, it was a chance to compete in a different environment and in a different way than basketball.

When we first started playing, we had this false sense of confidence; we all thought we were going to go out there and win every single game.

We had close to 24 guys on our team, and most of us never left the field. I was playing on offence, defence and special teams and that wasn’t an isolated case.

We were losing pretty bad, but one thing that football has taught me is that if you can look at the guy beside you and know that he’ll have your back no matter what, it’ll push you to go harder and makes it everything worth it at the end of the day. 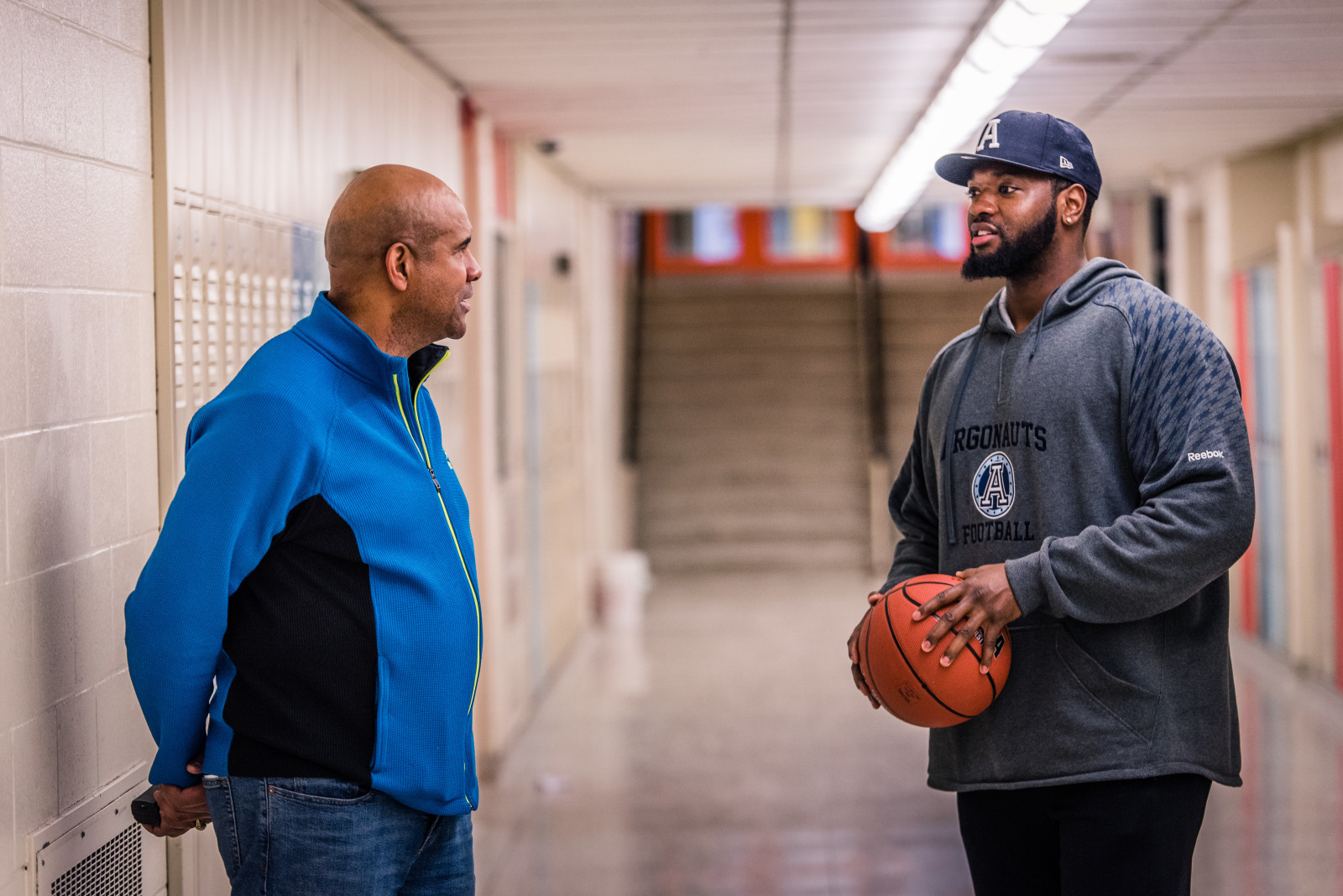 Despite our team’s struggles, it became clear early on that football was the sport for me. Before my Grade 12 year, I sat down with my basketball coach, Richard Malcolm, and my football coach, Dwayne Plummer, to determine my best chance at playing a sport at the next level.

At the time, I wasn’t getting any opportunities in basketball, and football presented a great opportunity for me, so I committed to that.

Bishop’s University was the first school to show interest in me. They invited me to their Purple and Silver event in Montreal where I performed tests alongside some great recruits from across the country. That was the first time I truly could appreciate the opportunity in front of me, I couldn’t let that slip through my grasp.

Bishop’s was calling my phone every single day in Grade 12, and I had seen what certain players from their program had become. That was enough to convince me to attend until York came calling.

The opportunity at York was a unique one. They were in the process of recruiting a large class with the goal of rebuilding the program, and it presented me the opportunity to stay home.

I’d never left Toronto in my life. I went to middle school at Elia Middle School on Sentinel Avenue before attending high school at C.W. Jefferys, also on Sentinel. It only made sense to come full circle and play my college ball at the other end of Sentinel at York University. 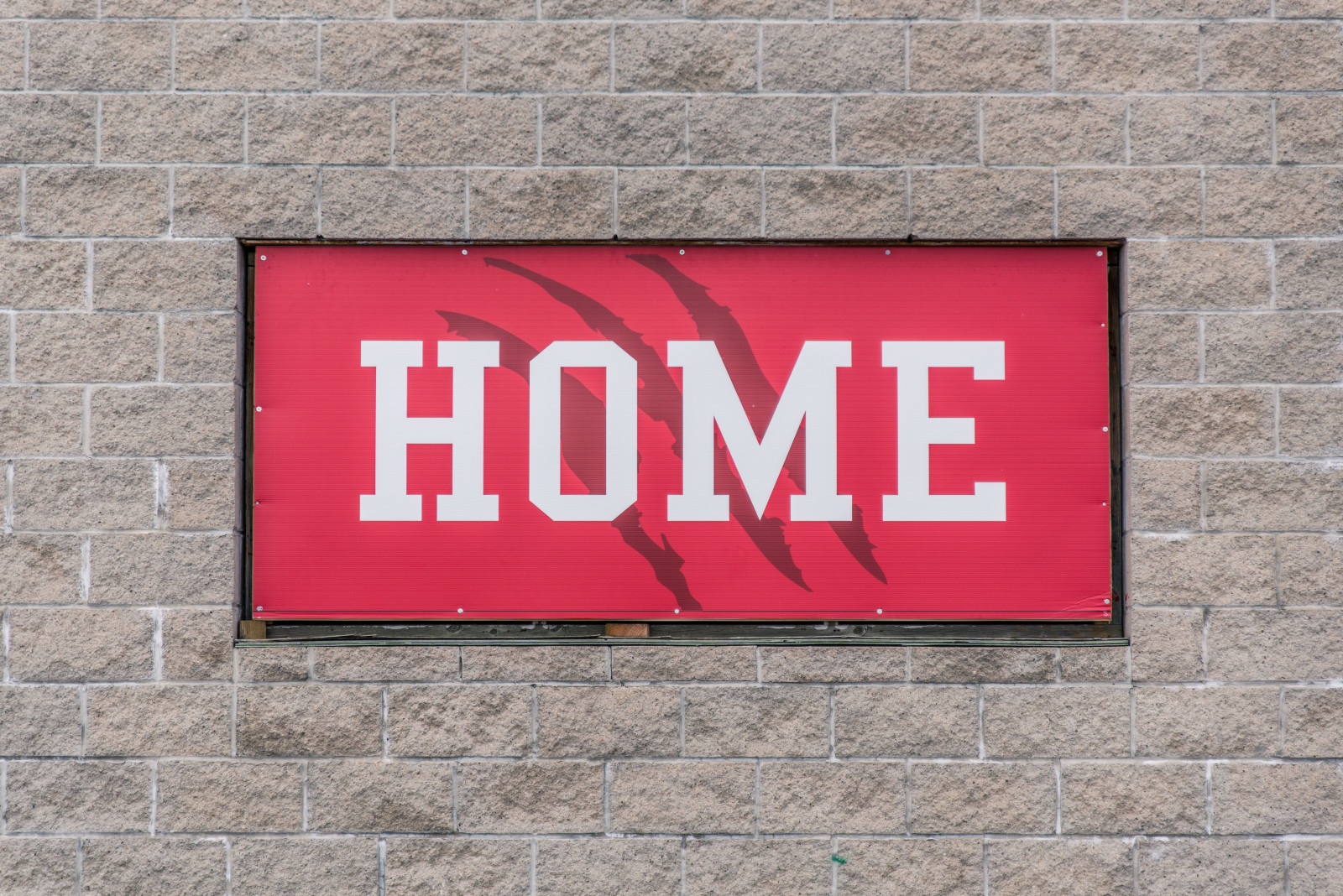 I arrived at York as part of a large recruiting class with somewhere close to 50 student-athletes. There were a lot of complications, but ultimately there were about 12 of us who stuck it out until our senior year.

There’s a lot of things to do in this city that we love, Toronto has something for everyone. For some guys, football became one of several options and eventually slid down the priority list. For me, football was the only option.

I knew that there weren’t many people from my community who had this kind of opportunity to play at the university level.

I was tired of hearing all the negative talk about Jane and Finch, and I saw this as my opportunity to make a change. I wanted people to look at my community and say ‘there’s success there, if this guy can do it, so many other kids can too.’ That’s what kept me focused. 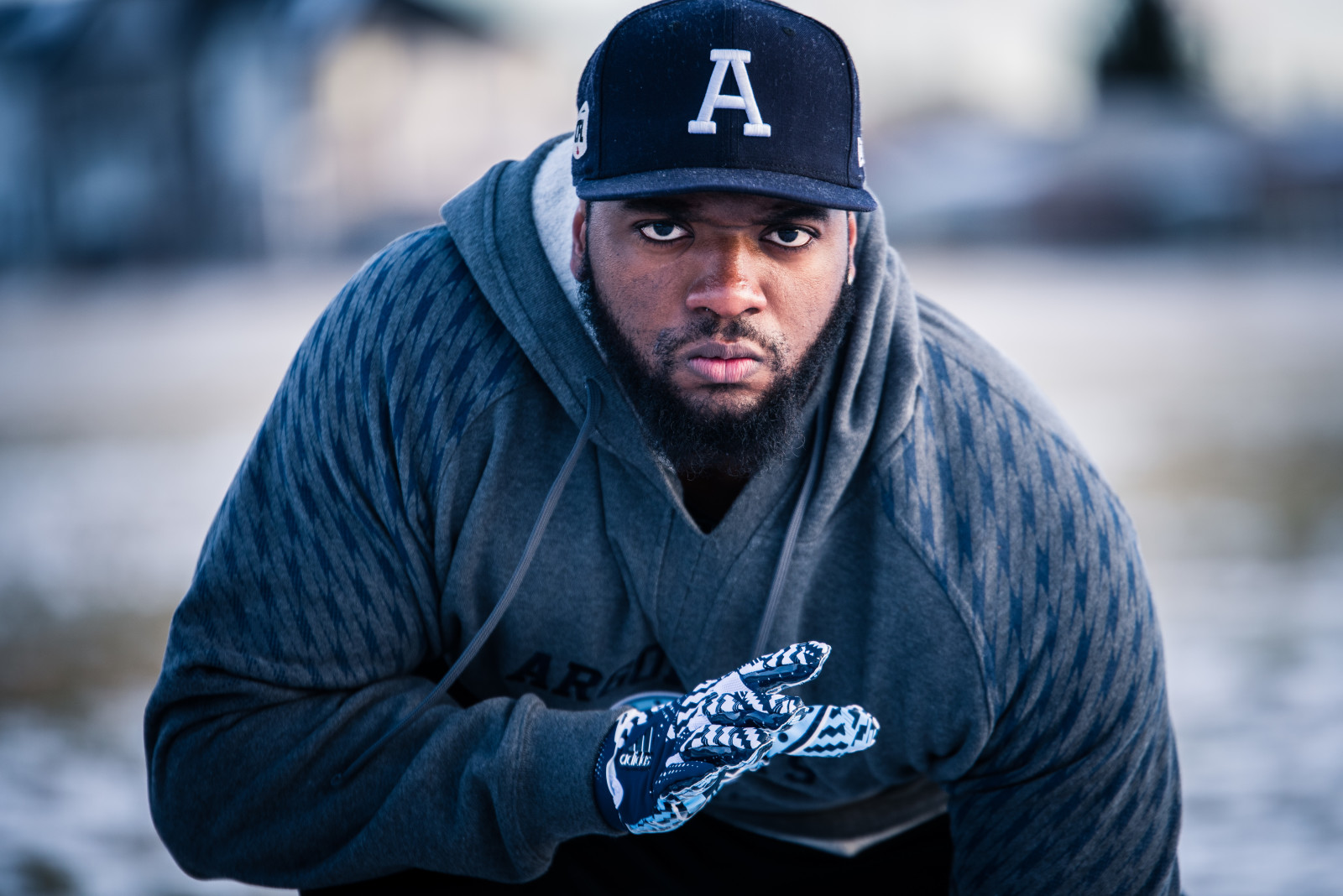 The day of my CFL Draft was crazy, even though I tried to keep it as normal as possible.

I tried to go about my normal routine that day, but as the draft grew closer, things got more hectic. My phone started blowing up and friends and family started arriving to watch on TV.

As for me, I was in a relaxed state of mind. I didn’t know what was going to happen, but I knew I’d performed well at the combine. I had done what I could do and now it was in God’s hands.

There were some crazy thoughts going through my head whenever Toronto was on the clock, and even though I’d envisioned it countless times, I was in shock when they selected me in the third round.

I truly couldn’t believe it, I was just sitting there while everyone around me was jumping around, yelling and screaming. Everyone was so hyped up that I didn’t hear my phone the first time the team tried to call me.

Being drafted by the Argos was the best possible thing that could happen to me. I have memories and pictures of being in high school and running onto the field with Argos players. It was always an outlandish thought in my head that one day I’d wear the Double Blue but I never thought it’d be a reality. 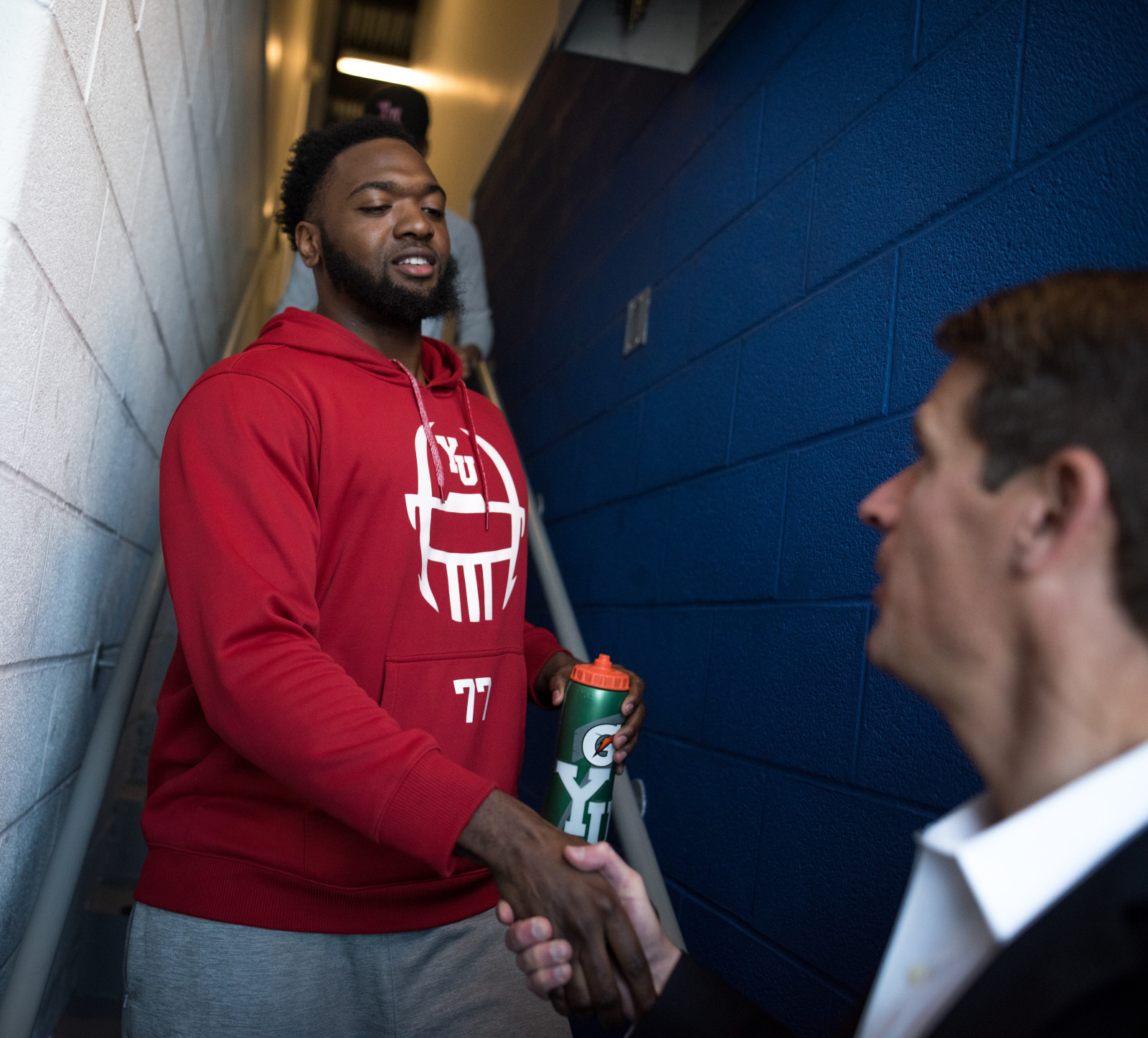 during the 2016 CFL draft of the Toronto Argonauts. (Photo: Johany Jutras)

The second time I met Jason Colero was completely unlike the first.

I was walking onto the practice field at Guelph, getting ready for one of my first few days of rookie camp with the Argos when I spotted him.

“I remember you,” I said, “but I’m sure you’ve met hundreds of kids, so you might not remember me. I played football at C.W. Jefferys High School in Toronto, thanks to one of the Argos community programs.”

Jason hadn’t changed – he was still the energetic and passionate guy that I remembered from high school – and his eyes lit up as I told him.

Here I was, a former kid from inner city Toronto who was now a rookie at my first CFL training camp; I was living proof that the program had worked.

Without the Level the Playing Field program, I don’t know where I’d be today. There weren’t many opportunities for inner-city kids in Toronto to play football for free. It opened the door to the sport and it made us want to do great things with it. 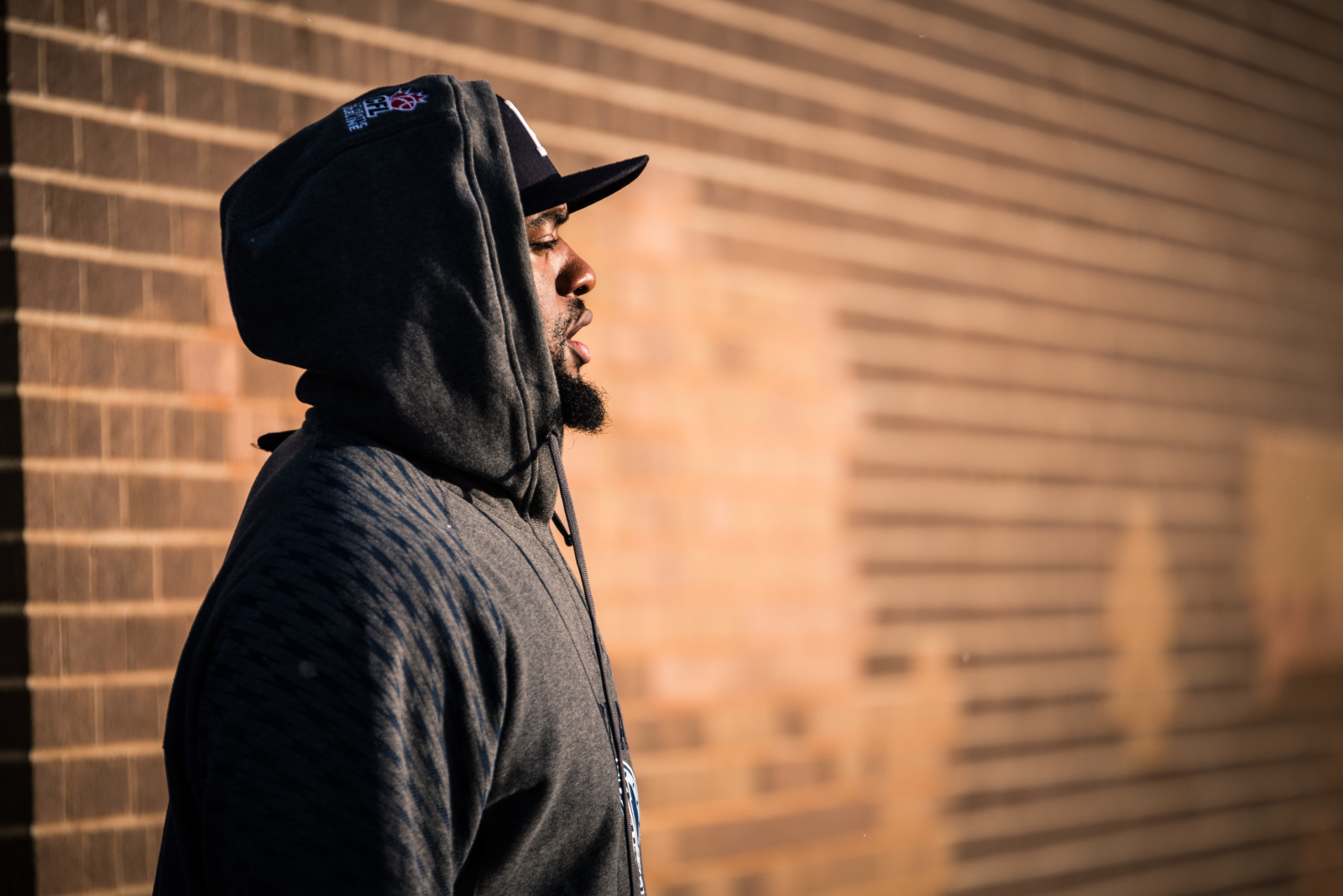 Giving back to my community has always been important to me; my mom taught us from an early age that we needed to do our part to give back.

Toronto drafting me and allowing me to stay in the city just opened the door to allow me to do that on a larger scale. I’m so grateful that I could stay in my community and be the motivation for the kids here.

When I was younger, my mom worked at the Jane and Finch Boys and Girls Club, and I got to be there while she was working. I think spaces like that are important for kids in any neighbourhood of the city because it gives them a safe space to just be kids.

Through programs like that, kids get introduced to sports, academics and arts. I wouldn’t be where I am now without the support I got from the people around me and the programs that kept me on track. I feel like the least I can do is pay that forward. 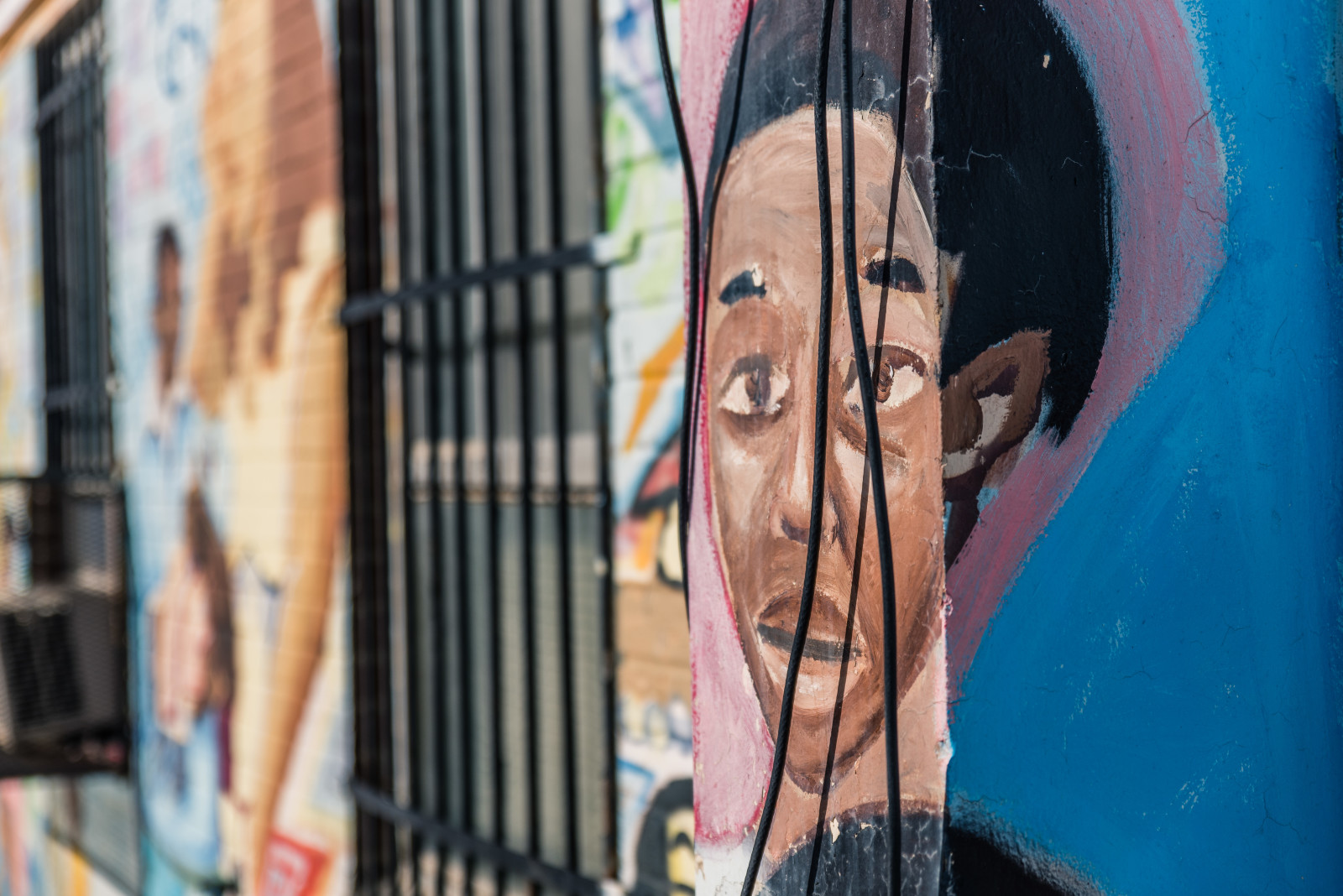 Type that into a Google Search and you’ll get a quick snapshot of the way that most people see my neighbourhood. They see violence, gangs, shootings and crime, and they miss everything else.

They miss the community, the unity and the hustle. You won’t hear about the food, music and art from every corner of the world, and you’ll be hard-pressed to find someone who recognizes all the unique individuals coming together as one.

But this community doesn’t have to be defined by violence, crime or negativity because there is so much more than that.

I’m just one example of the many athletes, artists, doctors, lawyers, teachers and life-changers that are coming out of here.

I grew up here and never left. This community has taught me lessons that I couldn’t have learned anywhere else and I wouldn’t trade my experience for anything.