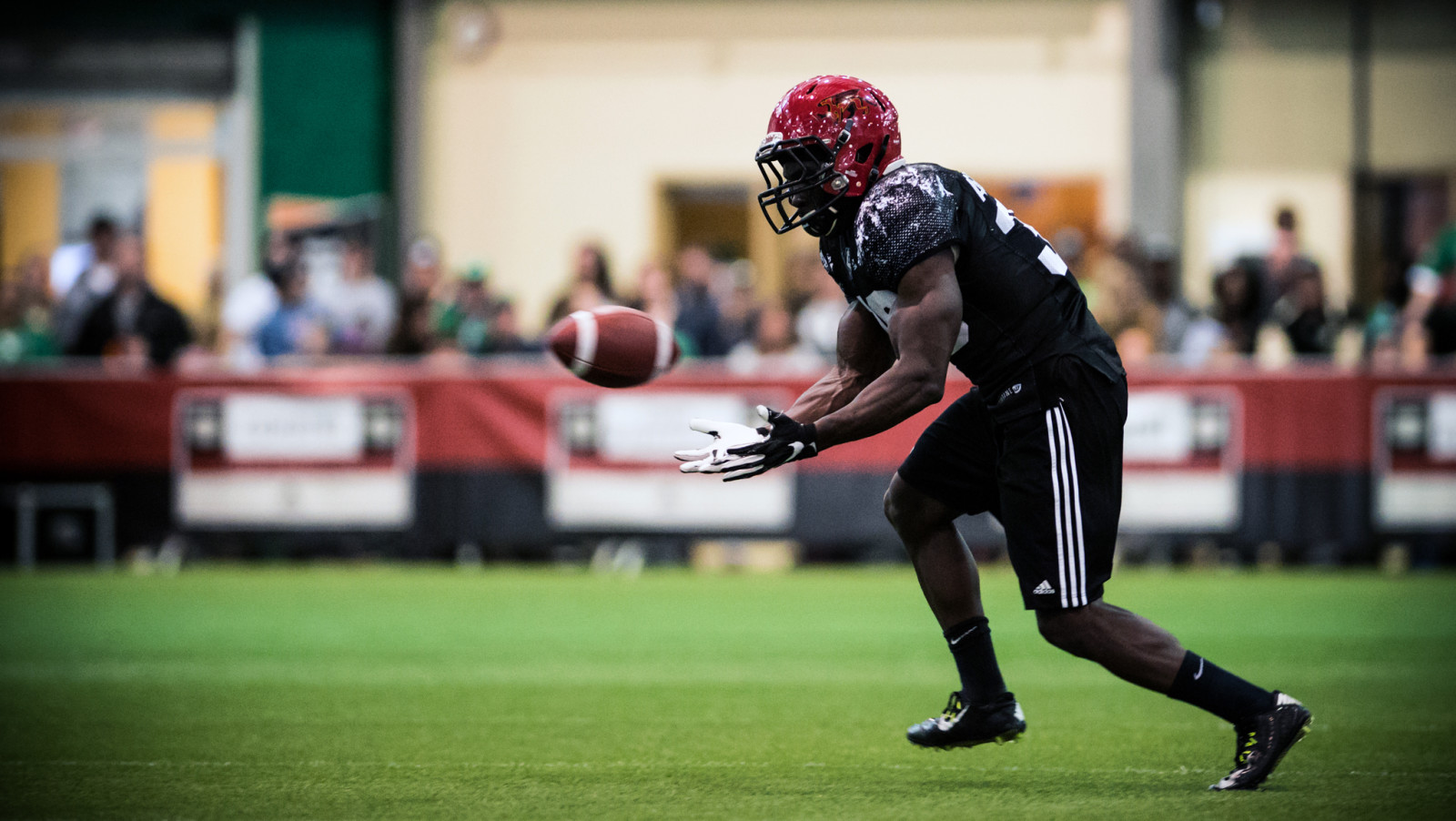 TORONTO — After his one-on-ones with the running backs at the CFL Combine last month, Johnny Augustine’s day wasn’t done.

The running back out of Guelph was headed back onto the field as a receiver, where he showed scouts and general managers from nine CFL teams that he’s pretty fluid as a pass-catcher, too.

From his big day on the bench press to a dominant performance in the one-on-ones, Augustine’s draft stock took a significant leap during CFL Week in Regina.

MORE ON THE CFL COMBINE
» Leaderboard | Full results
» Stock Assessment: Who’s trending where in the trenches?
» Combine Rewind: Watch it in its entirety

“He basically planted Jordan Herdman on the one rep,” said CFL.ca draft analyst Marshall Ferguson. “You like to see when a guy who looks like Augustine — and measures like Augustine — plays in a way that matches his physicality on paper.

“I thought he did that and much more. I was surprised by how smooth his route running was.”

Augustine’s physical dominance is hardly a secret but on the biggest of stages, with the CFL Draft just a month away, the stocky ball-carrier showed there’s more to his resume than just a physical build.

On top of a strong showing in the one-on-ones, Augustine also tested well, as he needed to, earning him a score of 62.61 on Ferguson’s post-combine assessment: 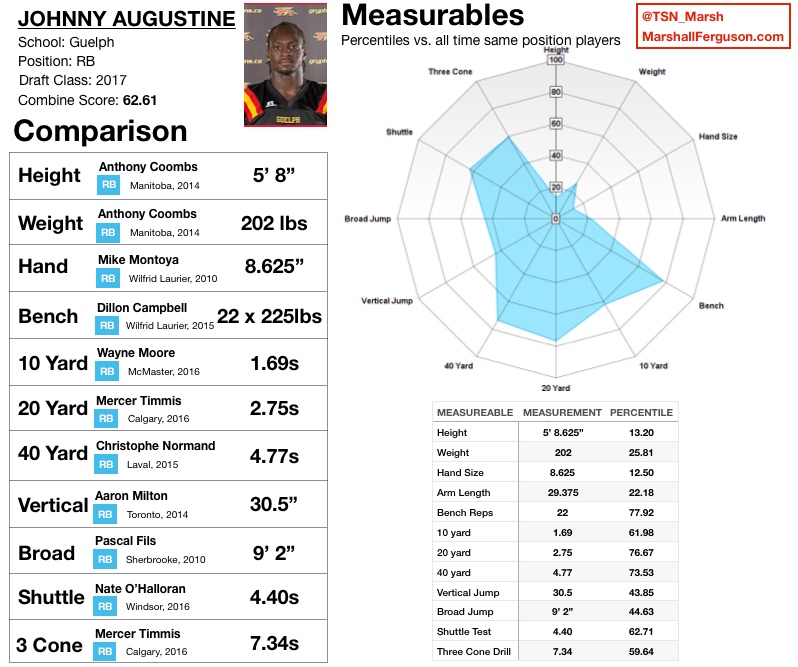 While Augistine’s size — 5-foot-8, 202 pounds — closely resembles that of Argos versatile running back/slot back Anthony Coombs, a closer comparison might be McMaster graduate and 2016 second round pick Wayne Moore.

Moore turned in a strong combine performance that eventually helped him become the 11th overall pick by the Montreal Alouettes.

“Johnny is like a pocket-sized version of Wayne Moore but plays with similar burst,” said Ferguson. “His ability to read the opening and beat a linebacker to the spot suggests someone who has the raw ability, before the benefit of CFL coaching, to make plays.”

Moore failed to draw into the Als’ lineup while spending 2016 on the six-game injured list but may have a chance to contribute in 2017 both on offence and special teams.

While he tries to validate his high draft position this coming season, Augustine will look to follow a similar path by getting selected in the first two rounds.

“Incredibly, Augustine has better raw strength numbers in testing and a better 40 time,” said Ferguson. “On film, both have a natural ability to turn a jump cut into a quick forward burst, a trait that helped Wayne Moore get drafted. Augustine should be in the same neighbourhood.”

This season, Augustine, a native of Welland, Ont., rushed for 282 yards and three touchdowns in six games, averaging 4.9 yards per rush. 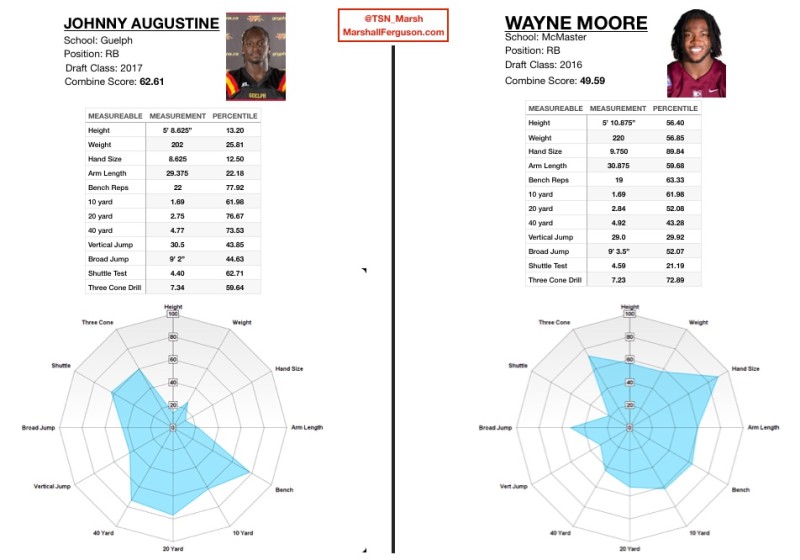