4 stories of intrigue at Als Mini-Camp this week 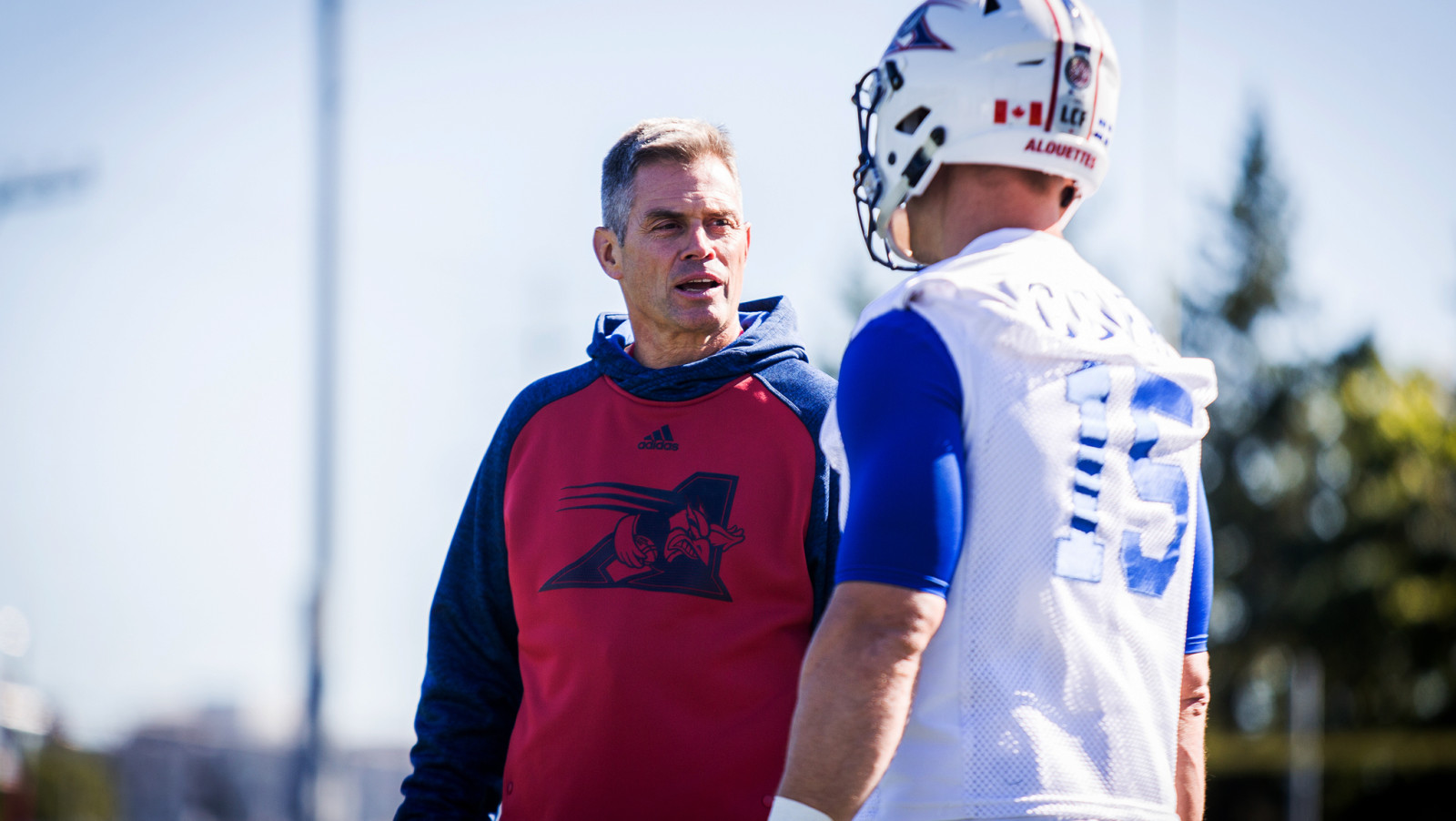 4 stories of intrigue at Als Mini-Camp this week

MONTREAL — The weather (in most of the country) is starting to change and the sun is out longer which means that mini-camp season is upon us.

Although most CFL clubs won’t begin their version of OTAs until the end of the month, the Montreal Alouettes will hold theirs next week in Vero Beach, Florida and there are no shortage of storylines to look out for.

From Monday to Wednesday over 60 players will get their first chance to get acclimated with one another in 2017 with newcomers Darian Durant, Ernest Jackson and Freddie Plesius all expected to participate.

This is an Alouettes club that has seen significant change from the top of the organization, down since they last played a game.  So, what will their first sanctioned workout of the year tell us?  We break it down below:

A celebrated quarterback and an entire organization will get a fresh start this summer when Darian Durant dons a different CFL uniform for the first time in his career.  So what can we learn from mini-camp as it relates to the former Roughriders quarterback?  Well, not much likely at least physically.  Expect the Alouettes to take Durant through the paces and start working on absorbing the playbook.

This week will all be about rapport; getting in-tune with the philosophy of his new coaches and gaining an understanding of the tendencies of some of his new receivers.

Anytime a player with Durant’s resume begins a new chapter, even a light workout is significant. 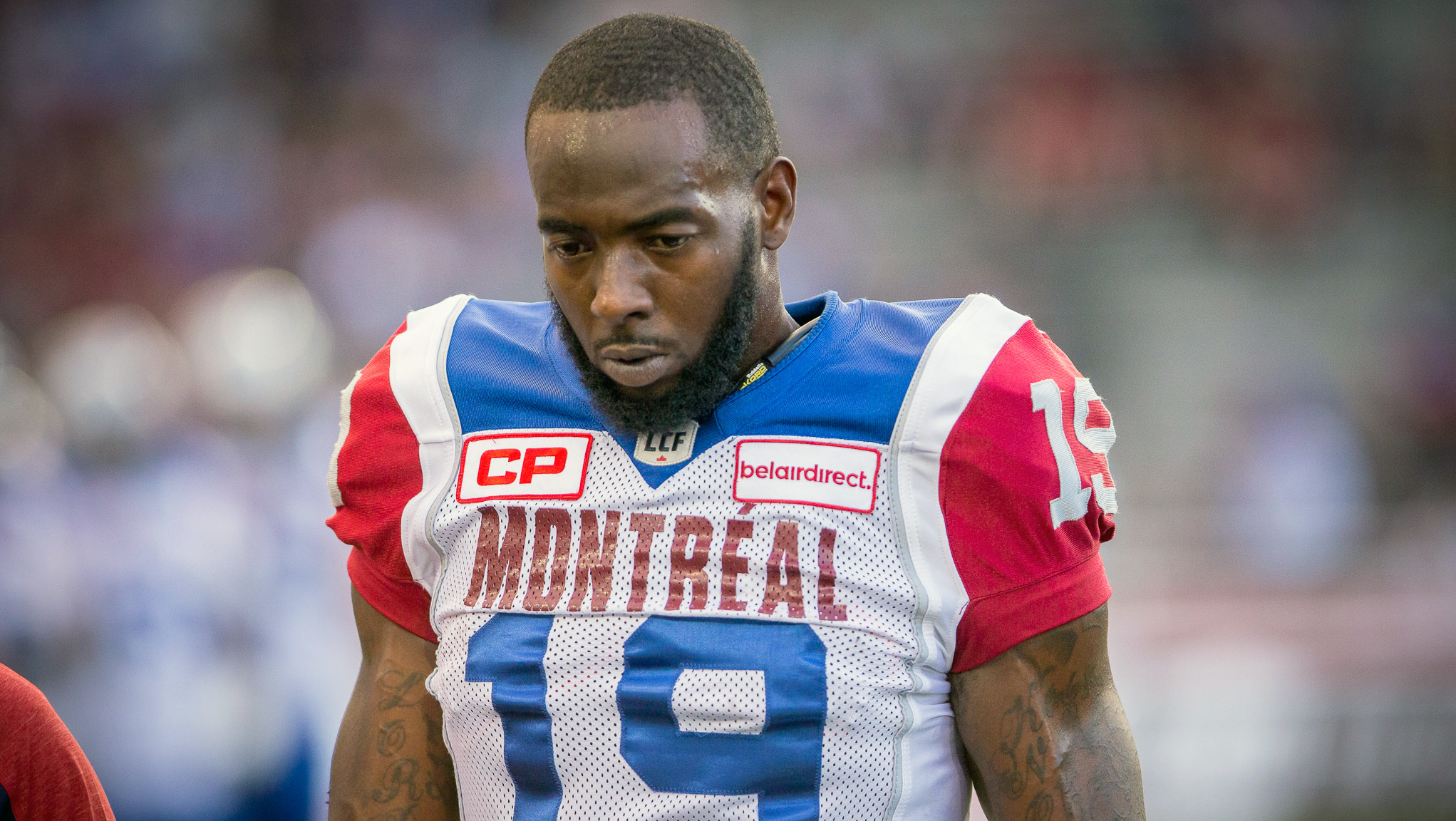 Where is SJ at with his injured knee?

In a year where drama seemed to follow the Alouettes receiving corps, losing your top pass-catcher both in reliability and leadership only compounded a frustrating 2016 for the Montreal offence.  Doubtful that SJ Green will participate much, if at all, next week but assessing his progress and watching how his injured knee holds up is something worth noting.

In an article published this weekend, Green told CFL.ca that he is almost ready and will be primed once the regular season arrives.

A chance to set the tone

Yes, training camp is indeed still the launching point for the season ahead but there is an opportunity for Montreal to begin ushering in a new philosophy early.  A new president, new general manager, a head coach in his first full season as sideline boss and dozens of new faces and the Alouettes are primed for a makeover.

Training camp is where the physical work is put in but mini-camp is where mantras start.  It is where schemes are presented up and where terminology is introduced.  GM Kavis Reed and head coach Jacques Chapdelaine have a huge opportunity in front of them to set the path early, even before training camp opens in June.

Ratio changes along the d-line

The Als have two of the most consistent pass rushers in the league with veterans John Bowman and Gabe Knapton book-ending the defensive line.  However, changes in personnel in the off-season forces us to wonder how they will manage the interior of the line.

Mini-camp could give some insight into who may be early favourites to take the voids left by the departed Alan Michael Cash and Aaron Lavarius. Both are American-born and the Alouettes made it their mission to find national talent at the defensive tackle spot this off-season.  In are Keith Shologan and Jabar Westerman and so to is Plesius who is primarily a linebacker  but has played along the defensive front in spot duty from time to time.

And what does a change in ratio along the defensive line mean for the offensive line?  It is likely that the Als go with two american tackles so mini-camp good give Montreal a good look at the flexibility that might be available to them.