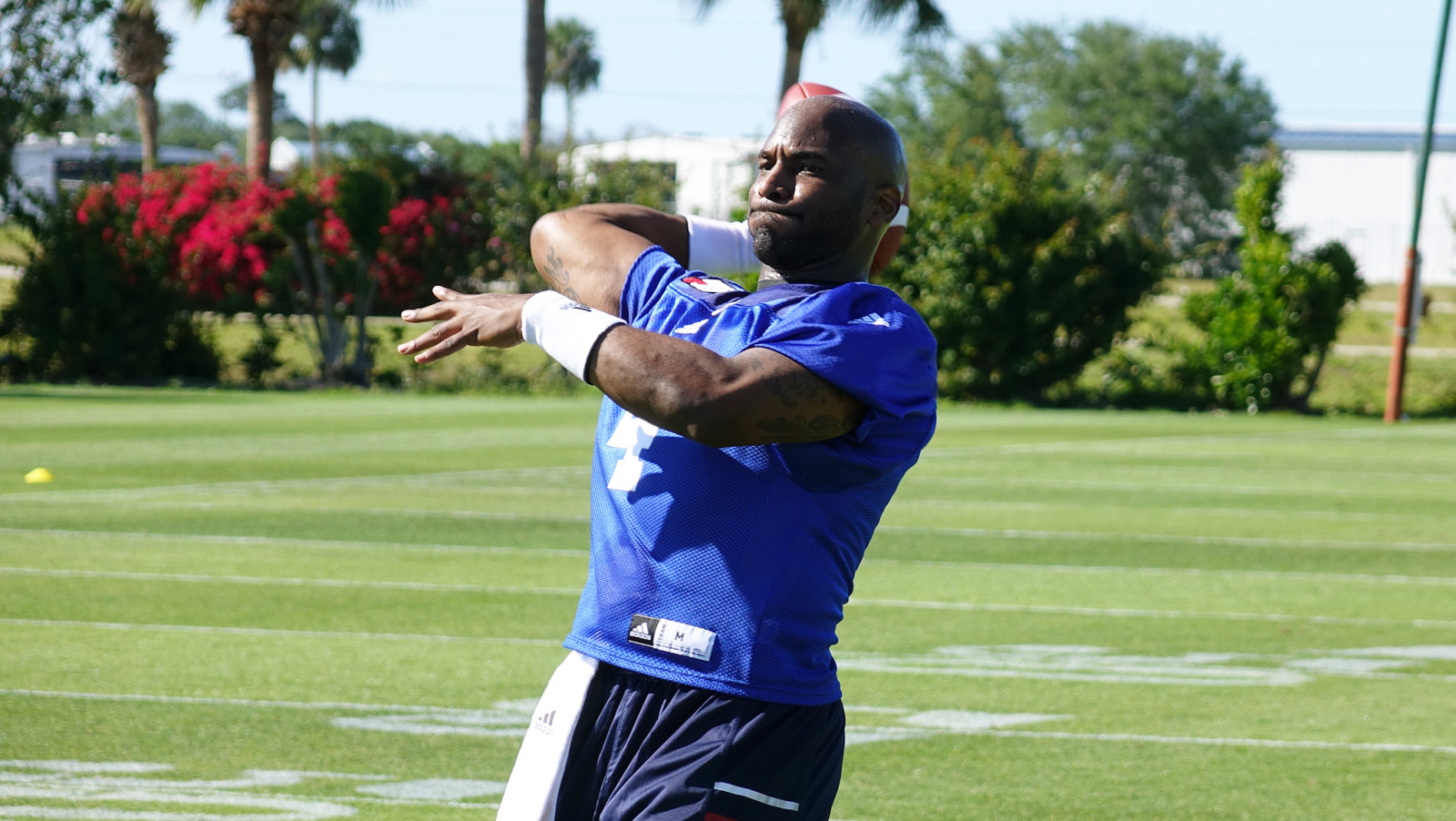 VERO BEACH, FLA. — A true sign that a new season is upon us arrived Monday, as Darian Durant and the Montreal Alouettes took the field for their annual three-day mini-camp in sunny Vero Beach, Fla.

The Als’ new pivot and a number of other rookies and veterans were on hand as the camp got under way at Historic Dodgertown.

“It felt great,” said Durant, acquired by the Als and signed to an extension this off-season. “My teammates welcomed me with open arms. They allowed me to break down the first huddle of the day to start practice. I feel good.”

Eight teams will hold mini-camps this spring between now and the beginning of May as clubs are allowed a window to hold organized voluntary off-season activities before the start of training camp. 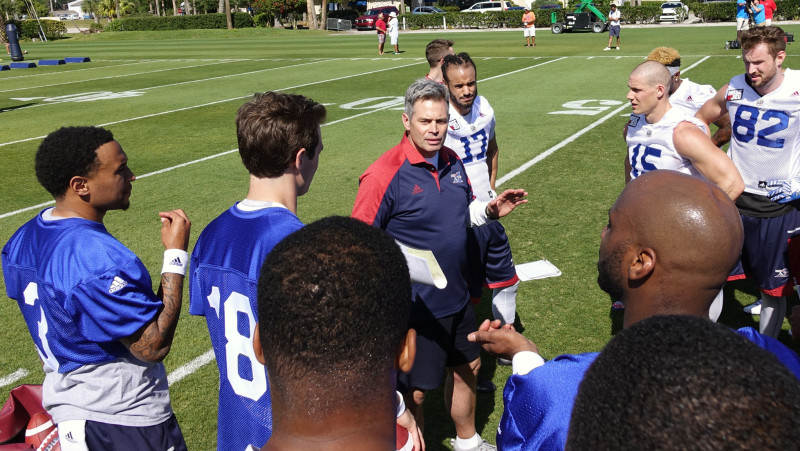 Hitting the field early gives the Alouettes and their new-look offence, led by Durant, Jackson, receivers Nik Lewis and S.J. Green and Head Coach Jacques Chapdelaine, a chance to get a head start on understanding and executing the offence.

“The main thing is to get a little bit of chemistry down with the receivers,” said Durant. “Get in the playbook, get with [Coach Anthony Calvillo], Jacques, [Coach Justin Chapdelaine] and the receivers and backs and just get everything down so when camp comes it’s all familiar to us.

“It’s good to hear this stuff now so when camp comes we’re not behind and we can get rolling.”

Despite finishing 7-11 and missing the playoffs last season, the Alouettes are surrounded by optimism entering 2017.

A late-season shakeup including the promotion of Chapdelaine to head coach helped the team close out the year with three straight wins. The off-season brought more change, including the additions of Durant and Jackson along with a franchise tackle in Jovan Olafioye (who is not present this week in Florida).

Veteran receiver Lewis, who’s heading into his 14th CFL season, said the excitement on day one was obvious.

“It was awesome,” said Lewis. “Darian, we linked up a few times today so that’s always a big thing and getting on the same page. I’m liking it. We’re having fun in the huddle. We’ve got a great group of guys out there.

“There are a lot of changes on offence, on defence,” he continued. “We’ve got a lot of talent. I love this group of guys. It’s going to be a fun year.”

Through the Lens: Alouettes kick off mini-camp in Vero Beach

Chapdelaine, meanwhile, was happy with the pace the Alouettes showed after so long away from the practice field.

“Things went real well out there,” he said. “The guys showed great tempo on the field and maintained a high level of energy. The execution, for a first day of camp, was well above my expectations and I was happy to see that.”

Other Als veterans on hand included Stefan Logan, Tyrell Sutton, Kyries Hebert, Bear Woods, Nicolas Boulay, Luc Brodeur-Jourdain and B.J. Cunningham. But in the end, it was a rookie receiver that might have stood out the most.

Three times during practice, Durant connected with Danny Anthrop, who made the catch of the day when he caught a 50-yard bomb from Durant while in triple coverage.

Also of note, new special teams coordinator Bruce Read also had the chance to install new plays with the players during this first practice.

Meanwhile, defensive back Jonathon Mincy, who excelled during his first season in 2016, continued his great work on Monday as he intercepted a pass during practice.

“I love what Jacques and Kavis have put together,” said Durant. “I can’t wait to get this thing rolling.

“I’m just looking forward to getting to Montreal and making sure the fans can accept the product that we put out there.”