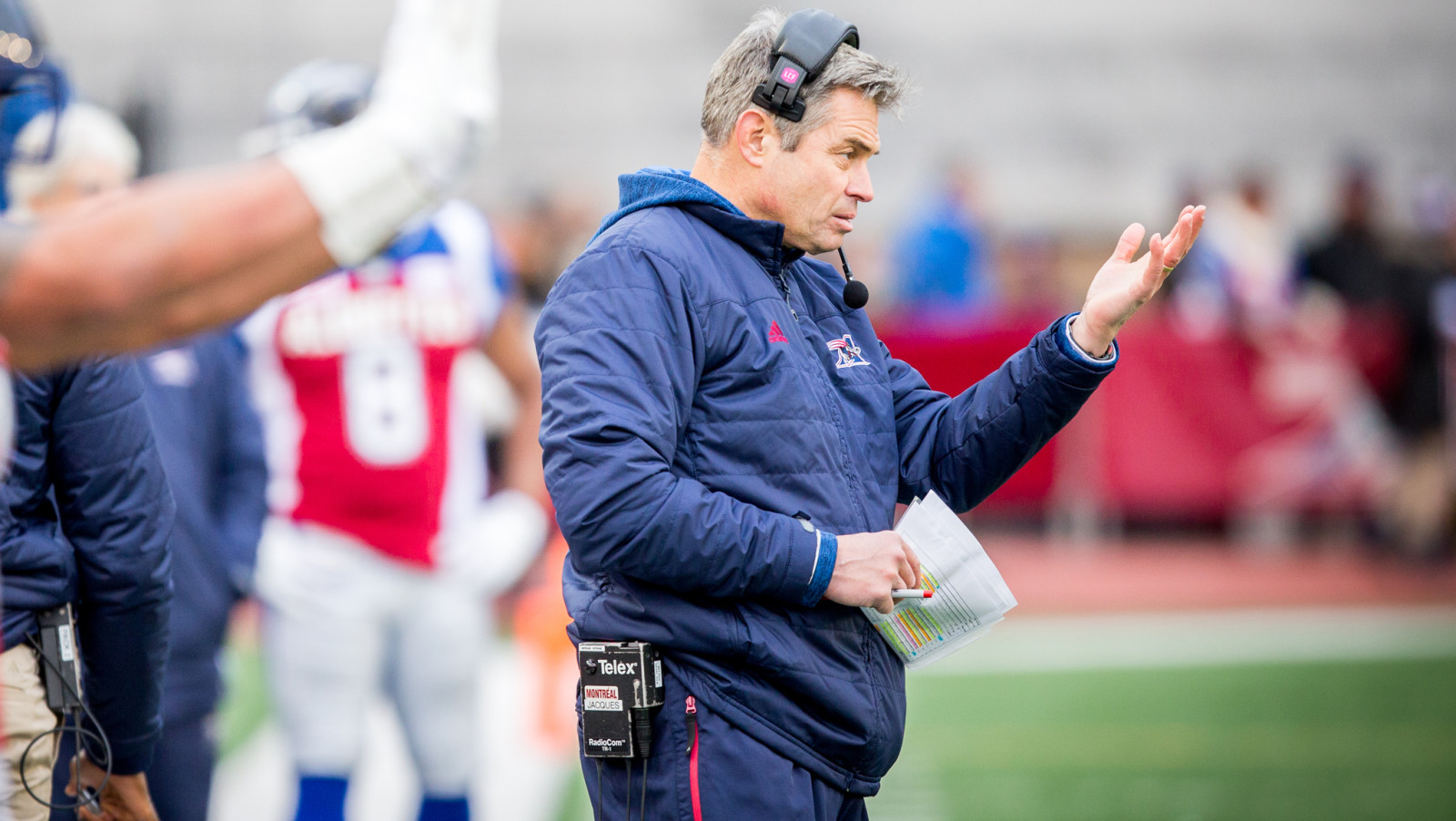 MONTREAL — When Jacques Chapdelaine was named the interim head coach of the Alouettes late in the season last year, something changed.

Not only did Montreal’s record take turn for the better – the squad won its very first game under his leadership and also won its final three games of the regular season – but Chapdelaine also brought an entirely new attitude to the locker room. 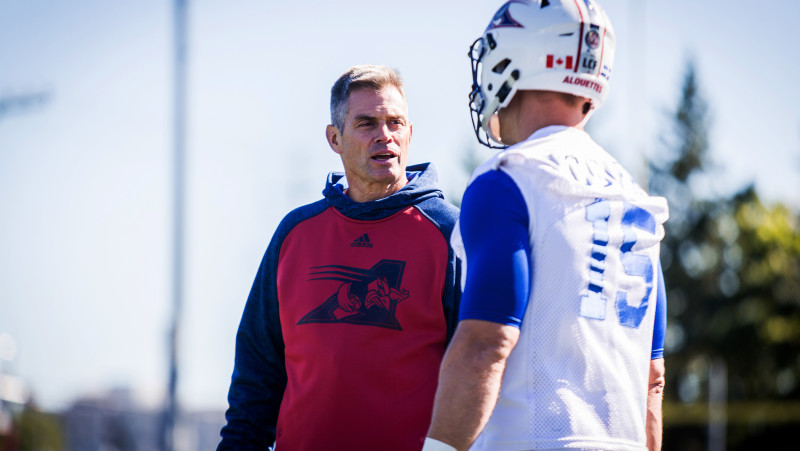 Montreal finished the 2016 campaign with a 7-11 record – four of those wins coming under Chapdelaine late in the season. First was a 38-11 defeat of the Toronto Argonauts in Week 15. Then, a 19-14 victory over the Saskatchewan Roughriders in Week 18 followed by a 17-8 defeat of the Calgary Stampeders in Week 19. Finally, the Als took down the Hamilton Tiger-Cats 32-25 in the final week of the regular season.

Perhaps it was the change behind the bench that ignited the fire under the Als to help them start to find the win column.

Although he knows it may take some time for things to permanently start to turn around for the Alouettes, Logan hopes his team will keep the momentum of that fresh attitude rolling in 2017.

“Him bringing in a different kind of style is different,” Logan said. “I think Coach Chapdelaine brings a different mentality to the football team. A lot of guys are really excited about this season. We’re looking forward to getting back to work and let’s see where this thing is going to take us.”

One of the biggest acquisition of the Als’ off-season was the signing of veteran quarterback Darian Durant. Durant brings 10 years of CFL experience and two Grey Cup championships to Montreal, as he gets set to suit up in his first season with the Alouettes. The team also inked free agent receiver Ernest Jackson, who is coming off his best season so far in the CFL that includes a Grey Cup victory.

Chapdelaine now has the foundation – that includes a veteran pivot and an elite pass-catcher – to start building his offence and building on last year’s late success when this season begins. 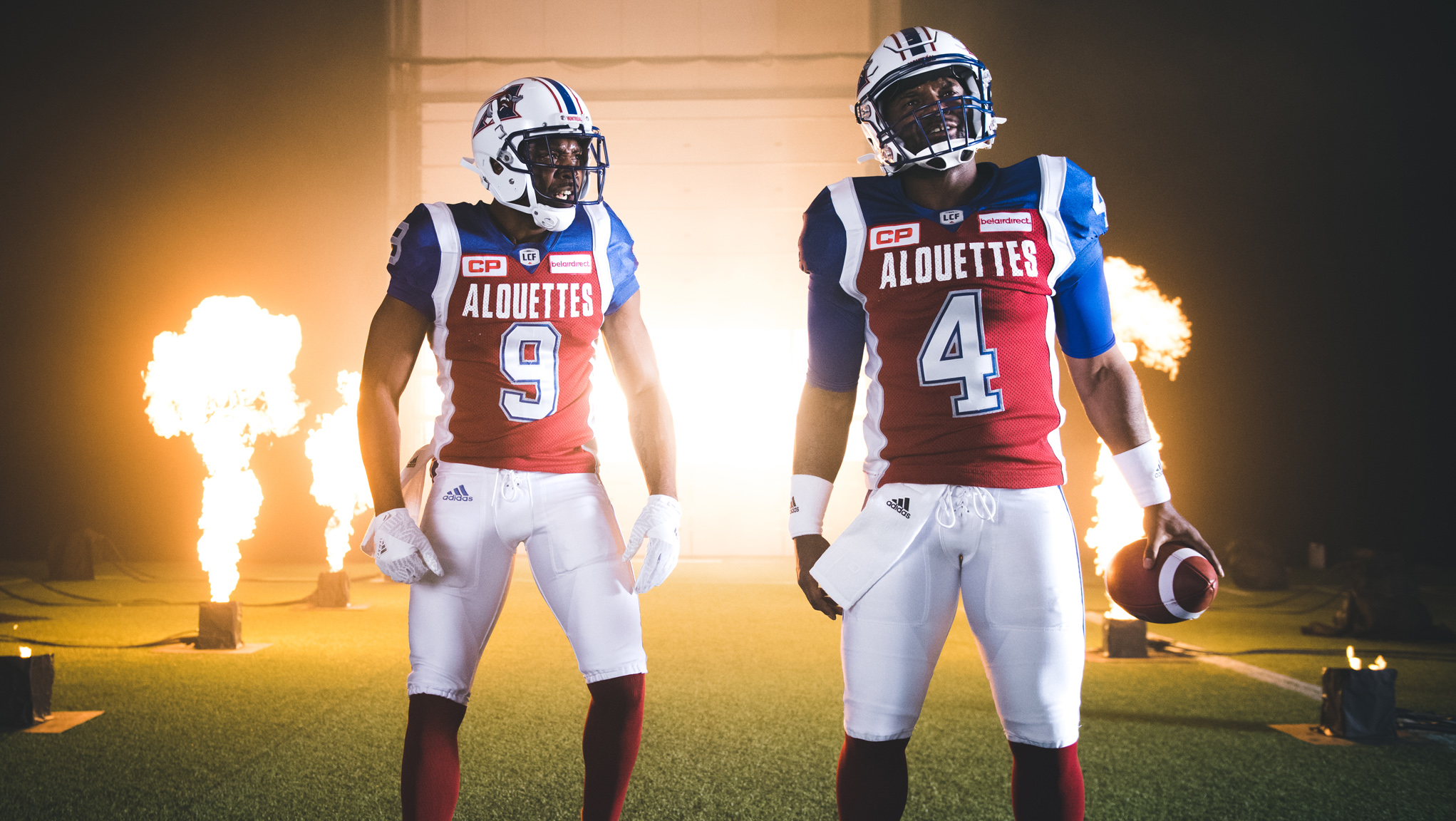 Jackson (left) and Durant (right) will work together for the first time as Alouettes under the leadership of Chapdelaine (Johany Jutras/CFL.ca)

“We have some new guys coming in, of course Durant coming in and playing quarterback,” said Logan. “Ernest Jackson coming in at receiver, new head coach – interim head coach in Jacques Chapdelaine coming in and now he’s the full-time head coach – he’s going to get a chance to add his sprinkles to the offence and bring his unique style as a coach.”

“When you come in and set a standard, people understand what the standard is and they have to reach that standard or they’re not going to be there,” said Lewis. “I think that was first and foremost. Starting from the top down, the head guy to the bottom guy, we have to be on the same page and we have to understand that we’re in it for the same reason and that’s to win a Grey Cup.”

Now, according to Lewis, all that’s left to do is for the players on the field to just do their job.

“It’s the ultimate team sport so you’d like to know that everybody’s on that same page,” said Lewis. “I’m just looking at what Kavis has done and Jacques and it’s going to trickle down to the team. They put us in the best position to win. Now it’s up to us to win.”