O’Leary: Young begins what he knows will be difficult journey

O’Leary: Young begins what he knows will be difficult journey

The two-a-day session was near its end and a thick, 25-degree celsius sun was doing its best to crisp skin, wearing heavy on the football players that had been running around under it for the last five hours.

Vince Young sat at the sideline near an end zone at Historic Dodgertown, stretching out his six-foot-five frame. Kevin Glenn, Young’s newest and likely soon-to-be closest teammate, stood up and stretched out near him. The handful of media that’s at the camp pounced when they saw the photo opp, putting at least a late-June level of a blitz on the team’s two top quarterbacks.

Despite what the picture takers and the lone autograph seeker that tried to catch Young’s attention as she inched closer to him thought, their day wasn’t quite done yet. There was still some special teams work to be done by the team’s two highest profile players.

Young laughed when he was asked about it and admitted that it was the first time he’d held on a long-snap.

“I thought I did a pretty good job,” he said.

He looked a little uncomfortable down on one knee, catching and planting the ball down, step-by-stepping his way through it with Riders special teams coordinator Craig Dickenson. Young may not know it, but that moment was his most important one of the day.

From Young’s workmanlike day on the field, to what those closest to him in his comeback attempt are saying, he checked his ego the second he put his name to a Riders’ contract. There’s still a world of uncertainty in front of him, but Vince Young is chasing something. If he has to hold on long-snaps, or battle a veteran in Glenn and quarterbacks 10 years younger than him in training camp for a job, so be it.

“You’re out here to play, to perform,” Young said of special teams duties. “If coach asks you to do something, you get your butt out there and do it.”

Players make these kinds of gestures all the time in football, but they’re not often heavily decorated 33-year-old former NFL stars.  Young was of course a two-time Pro Bowler with the Tennessee Titans and the third overall pick of the 2006 NFL Draft. He’s a legend at the University of Texas, where he led the Longhorns to a Rose Bowl win that same year. He’s had the fame and success that those things bring, but he’s been left wanting since his NFL career came to an end in 2011.

“This is definitely serious for him. For a lack of a better word, I don’t think he’s out here for sh— and giggles,” said Riders QB coach Jarious Jackson, who has been to Houston recently, schooling Young on the intricacies of the CFL game.

“Things didn’t work out as well as he wanted to when he was in the NFL. Nobody wants to leave in the way that he left.”

Young’s last regular-season game in the NFL came on Dec. 1, 2011 in a loss to the Seattle Seahawks, when he was a backup QB for the Philadelphia Eagles. He threw one touchdown and had four interceptions, including two that were snagged by former Calgary Stampeder Brandon Browner. Young had signed in Philly after he’d lost his starter’s job in Tennessee when he clashed with coach Jeff Fisher.

Young said on Tuesday that he felt like his NFL career had a lot of good in it.

“I had some ups and downs, off the field stuff,” he said. “But I feel from a football standpoint, I played in two Pro Bowls, I played in some really good football, (was a) top-rated quarterback in the NFL. I did some really good things. My career ended pretty fast in the league but things happen for a reason and here I am again getting back to work.” 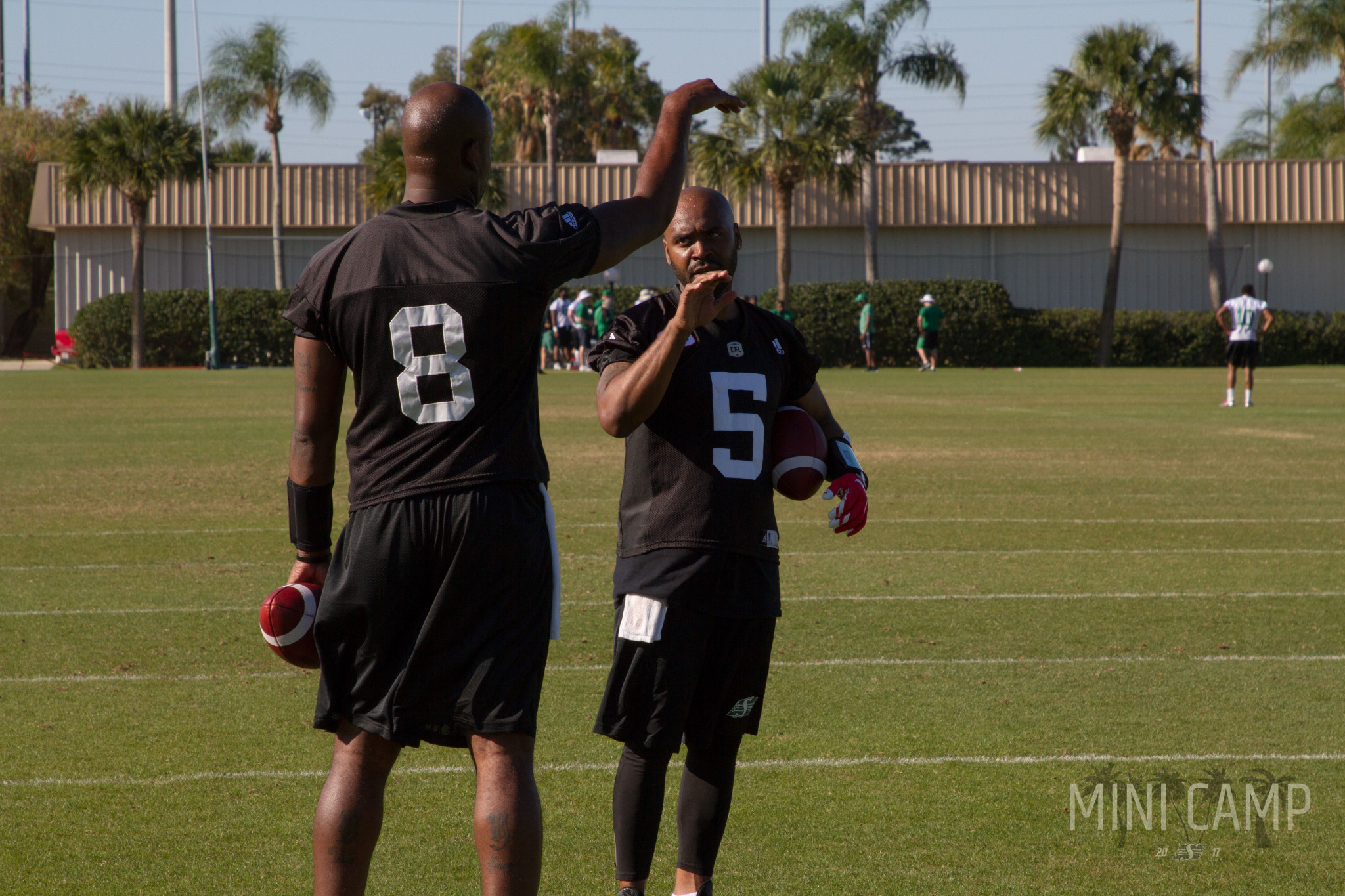 “I think the biggest thing is he’s come up here with an open mind to learn. You can tell that from the meetings. He’s listening and I mean, even coming back to the huddle, we’re chatting as far as the quarterbacks behind and he’s asking questions.”

Jackson, who spent five years in the NFL before playing seven more as a QB in the CFL, understands the need for athletes to try and write the ending they want on their careers. His career ended with a Grey Cup win as a backup with the Argos in 2012.

“I think…whether it’s relationships, or anything, any time you leave with a sour taste in your mouth, if you’re a person with any type of character that doesn’t sit well with you, right?,” he said.

“I think for (Young) it’s the same thing. When you see you’re a first-round draft pick…when (your career) ends like that I don’t think it sat well with him and I think he’s finally getting a true opportunity, not someone telling him one thing and then doing another. Coach Jones is really giving him an opportunity to come in and compete.”

This mini-camp won’t be a coronation for Young. Quarterbacks can only look so good in these controlled, pad-free environments. This is the start of what he knows will be a difficult journey. He hasn’t taken a hit in years. He has to learn the nuances of the CFL game and as he said on Tuesday, just how on-time he has to be if he’s throwing to the wide side of the field. Any sense of entitlement or an heir of superiority — even if at a time it was warranted — can quickly spell the end for a player in these situations. Young hasn’t shown any of that.

“We’ve all known that he’s a great guy, a great quarterback,” said Glenn, who will have to help in Young’s mentorship this week and in the coming months. “We’ve all known that he had that athletic ability to play football, that was never a question. I think the biggest thing people were wondering was if he could pick up the game.

“I think the biggest thing is he’s come up here with an open mind to learn. You can tell that from the meetings. He’s listening and I mean, even coming back to the huddle, we’re chatting as far as the quarterbacks behind and he’s asking questions.

“When I mention something or someone else mentions something he says, ‘Oh yeah that’s right, I remember that.’ You can tell that he’s embracing the game. I think that’s the most important thing sometimes, especially as a quarterback when you come to the CFL from the NFL or vice versa. You have to embrace the game and the position and I think he’s done a good job of that right now.”

Playing on a specially-marked CFL-sized field to little fanfare, Tuesday could have been a humbling moment for Young. Private jets took off from a nearby airport all day, serving as sleek, pearly reminders of a lifestyle that Young took for granted early in his career. Signing on for a comeback attempt is one thing, but it got real for Young on Tuesday and he didn’t flinch. He went to the meetings. He took the reps afforded to him. He caught the long-snap. And while he stayed low-key on Tuesday, Young seemed like he enjoyed being back in the game, taking the first steps toward a shot at a different ending.