Like any of the Xs and Os in football, the key to good trash talk is execution. A member of the Saskatchewan Roughriders mini-camp learned that lesson on Tuesday.

As the makeshift offence and defence were lining up to scrimmage — there are 35 players taking part in the camp at Vero Beach, which consists of Riders rookies and quarterbacks — a pre-snap taunt came from the defensive side of the ball.

What’s the opposite of jelly?

As he re-told the story after Day 1 had wrapped up, Jarious Jackson’s face scrunched up like he’d heard it again for the first time. 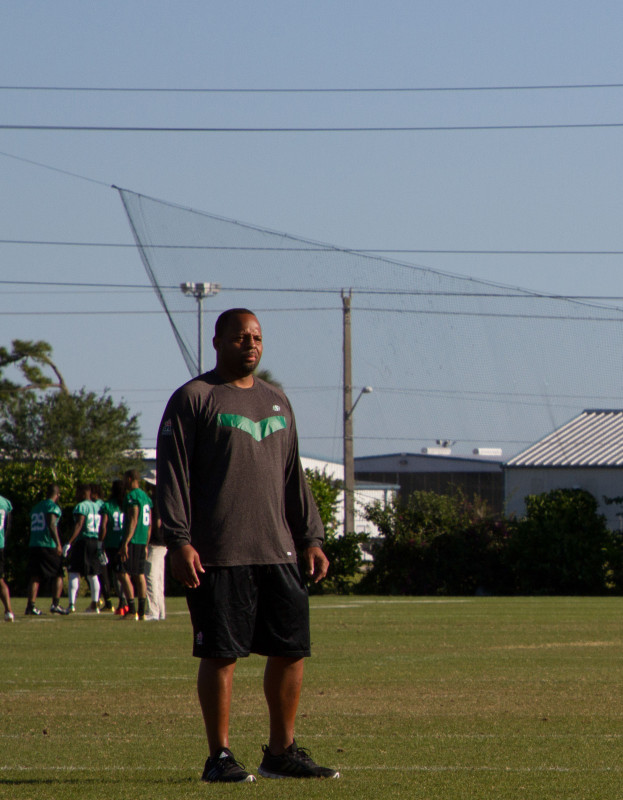 The Riders’ QB coach has enjoyed a world tour of trash talk through a career that’s taken him all over the US, Canada and into Europe. Reliving that moment on Tuesday, he looked dumbfounded.

“Peanut Butter?” Jackson asked. “I don’t know what that guy was talking about. I kept messing with him. He was tying to mess with the receivers and the quarterbacks (with) ‘What’s the opposite of jelly?’

“He’s trying to say he was going to jam the receiver, right? And we’re like, ‘Peanut butter. Jelly is similar to jam, isn’t it?’”

There’s a valuable lesson here for any aspiring trash talkers at home: Know what you’re talking about.

When your trash talk attempt turns into a debate on semantics, you know something’s gone terribly wrong.