O’Leary: For Trestman, no detail is too small 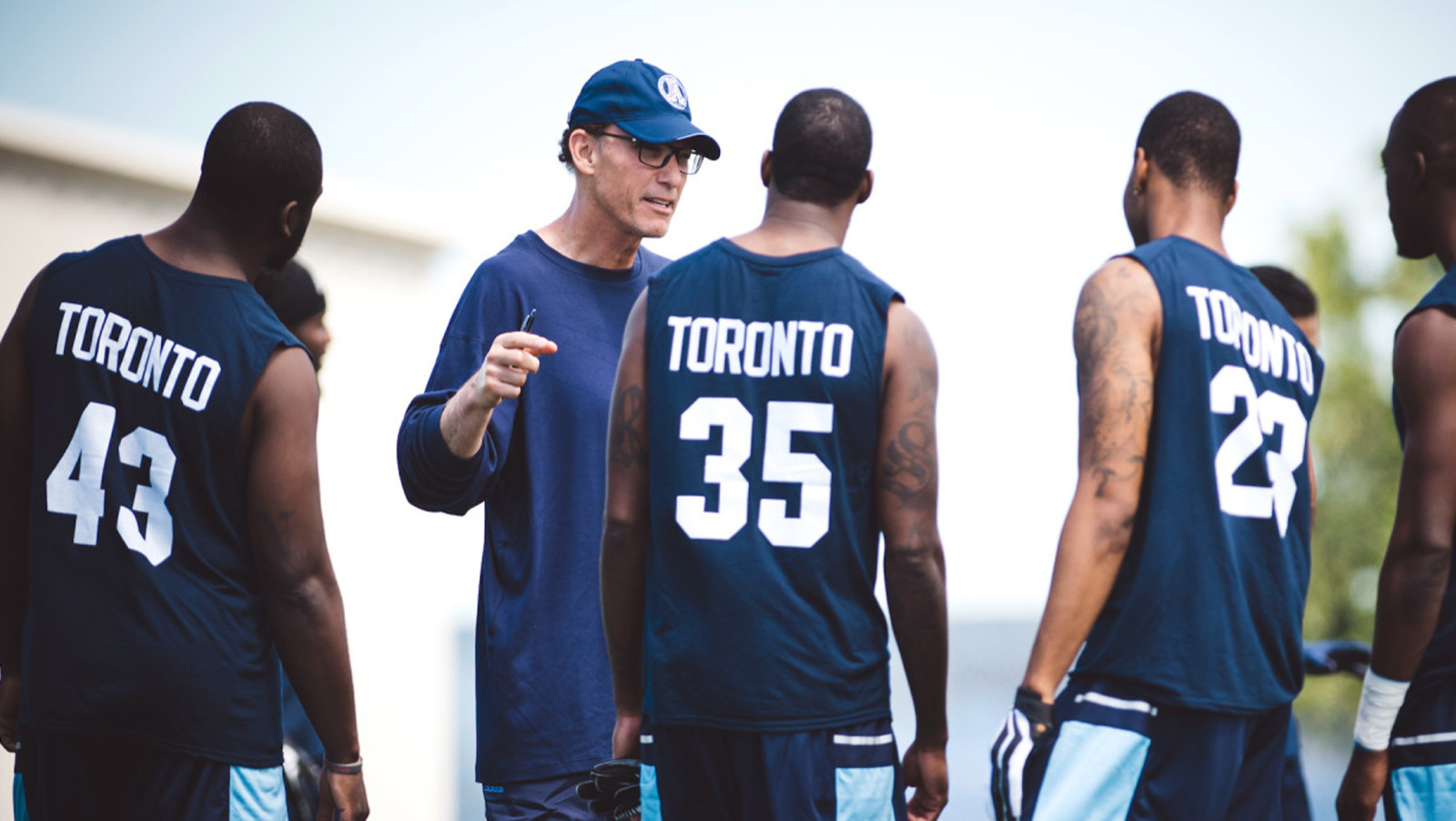 O’Leary: For Trestman, no detail is too small

BRADENTON, Fla — Marc Trestman stood in the middle of 62 of his players late on Wednesday afternoon and broke down their day.

The head coach of the Toronto Argonauts went through all of the stations of drills he and his staff had set up for their players and explained their in-game significance to them. The team started its day later on Wednesday than it did on Tuesday and Trestman pointed out how it impacted everyone’s day, then reminded them that they’ll deal with odd kickoff times from week to week. The energy they bring, the starts they have to each day, have to be consistent, even if the schedule isn’t.

He told the group of men around him they were free until 9 p.m. or so — not 9:30 or so, but 9:00 — and that their time was theirs. Before they broke the huddle, he told them all to clean up the rooms they’ve been in while they’ve held their mini-camp at IMG Academy. Throw your towels on a shelf. Don’t make the people cleaning up after you bend over to get that stuff. And if you’ve got a toonie, he said, drawing some laughter from the huddle, leave it for those people. Try and make their day.

“I don’t know if micromanaging is the best thing to say, but he’s a very detailed guy,” said Green, the receiver who played and thrived under Trestman and now-Argos GM Jim Popp for the five years that Trestman coached the Montreal Alouettes. 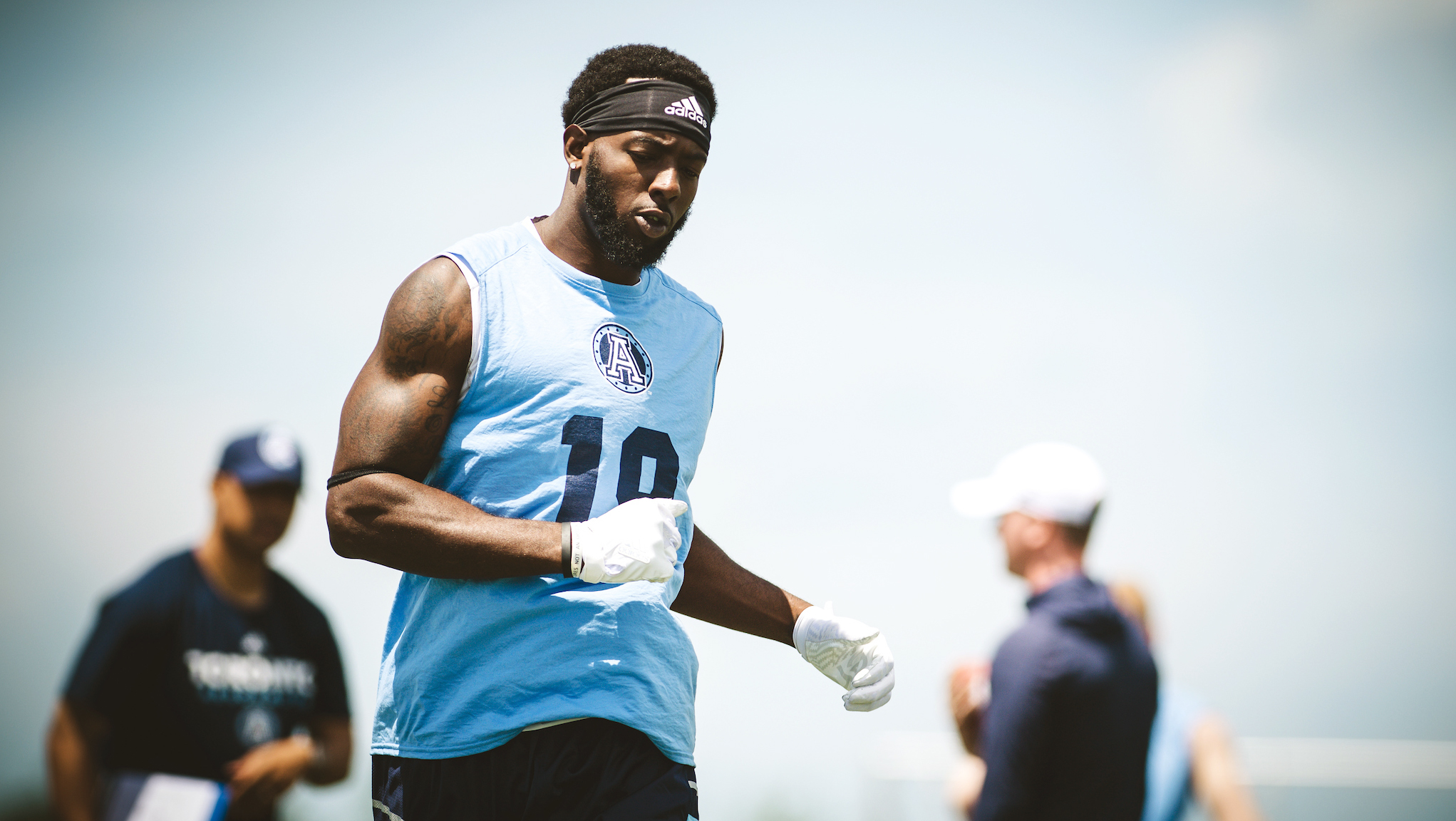 “You understand that there is no room for error here. Everything is precise and it’s very, very detail oriented.”

In Montreal, it took Green some time to learn how Trestman works. Listening to him in camp the last two days, he feels like he gets it now. He sees the end result that he couldn’t when he was 22.

“We’re having a very competitive camp,” Green said. “It’s just focusing on Trestman’s system and the standard that he has set for us to follow, so in training camp we won’t be shellshocked. We’re in the learning process right now.”

The benefits of a mini-camp are obvious for any team, but the Argos might have needed it more than anyone else in the league. The Argos went 5-13 last year and chose to relieve Jim Barker of his GM duties in late January, then saw coach Scott Milanovich leave to take a QB coaching job in the NFL. Popp and Trestman were hired at the end of February, two weeks into free agency. Before that void was filled, players felt in limbo and morale took a hit.

Popp and Trestman have had to work in fast-forward over the last two months, assembling a coaching staff and making roster moves, but the end of April couldn’t get here fast enough for them. Getting all of these new faces on the field, in meeting rooms and around each other for an intensive three-day introduction is exactly what the Argos needed, from top to bottom.

“Definitely. Especially when there’s so many new guys here,” said Green, who was traded to the Argos on April 20. “I think it’s very important for Trestman to establish his culture, his standard, whatever he expects from us.”

Back on a CFL-sized field for the first time after a four-year stay as a coach in the NFL, Trestman quickly said that a culture won’t be built in two or three days.

Does it have to be that regimented, he’s asked.

Seated comfortably on a bench under a canopy tent on the sideline, Trestman dove into what looks and sounds like a hands-on philosophy that he says is very hands-off.

“(How we treat people), that’s what we talk about,” he said. “We talk about that more than we do Xs and Os. Because that leads to winning.”

Trestman knows plenty about winning. His Alouettes played for three Grey Cups in his five years, winning in 2009 and 2010. They were in the playoffs every year he coached there and his star players, notably QB Anthony Calvillo, flourished under his watch. The wins and the individual successes don’t come through three days in Florida in April, though. Trestman is trying to maximize today, simple as that.

Trestman knows there’s a lot of work to do, and so do his players. The 62 bodies here are roster players, not just the traditional QBs and rookies that most teams’ mini-camps consist of. That a group of veteran players recognized the need to get together en masse like this is one of the biggest positives from the Argos’ off-season.

“It gives us a head start,” said quarterback Ricky Ray.

“We want to get out here and learn the systems, learn each other, meet your teammates, meet your coaches and get a head start on what’s going to happen in training camp. It’s great to be out here and get some of that early learning and that early rust off before we get going.” 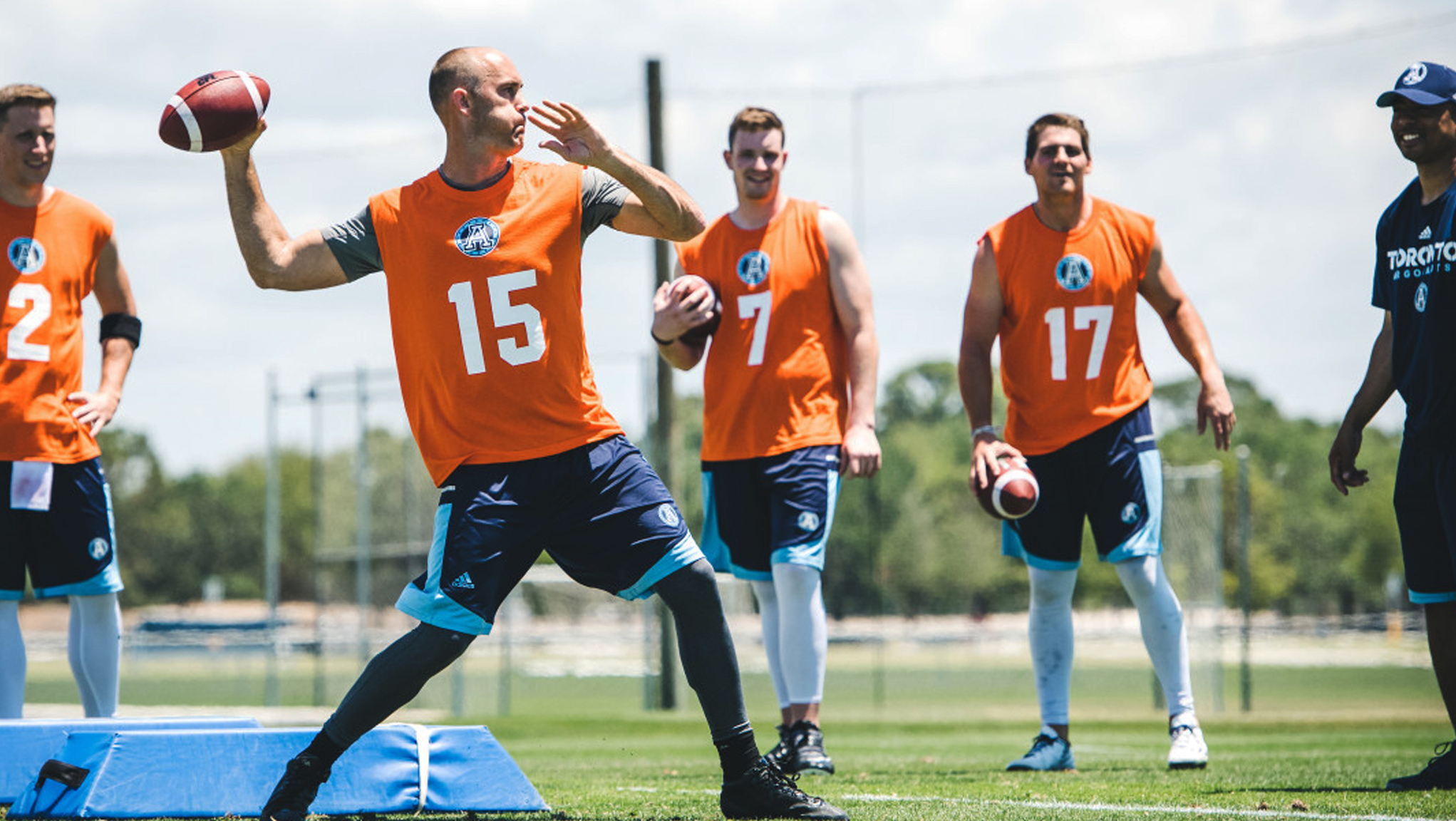 “It’s the shortest offseason in the history of the CFL, probably,” Trestman admitted. “We have to use every minute and at the same time we have to make sure that our staff is rested, ready to go. We’ve got a long journey ahead of us when we get (to Toronto).”

Short offseason or not, Trestman is in the now.

“I don’t look at it as a challenge. We know where we need to be on the 22nd of May and that’s what we’re talking about now,” he said.

“We’ve got a plan to get there and I think we’ve utilized our time really well to put ourselves in position to have the kind of camp that we’ve had over the last couple of days.”

As he wrapped up the huddle on Wednesday, Trestman promised his players one last thing: That next month’s training camp would be the most competitive one they’ve ever seen.

If there’s any team in this league that needs that, it’s the Argos.