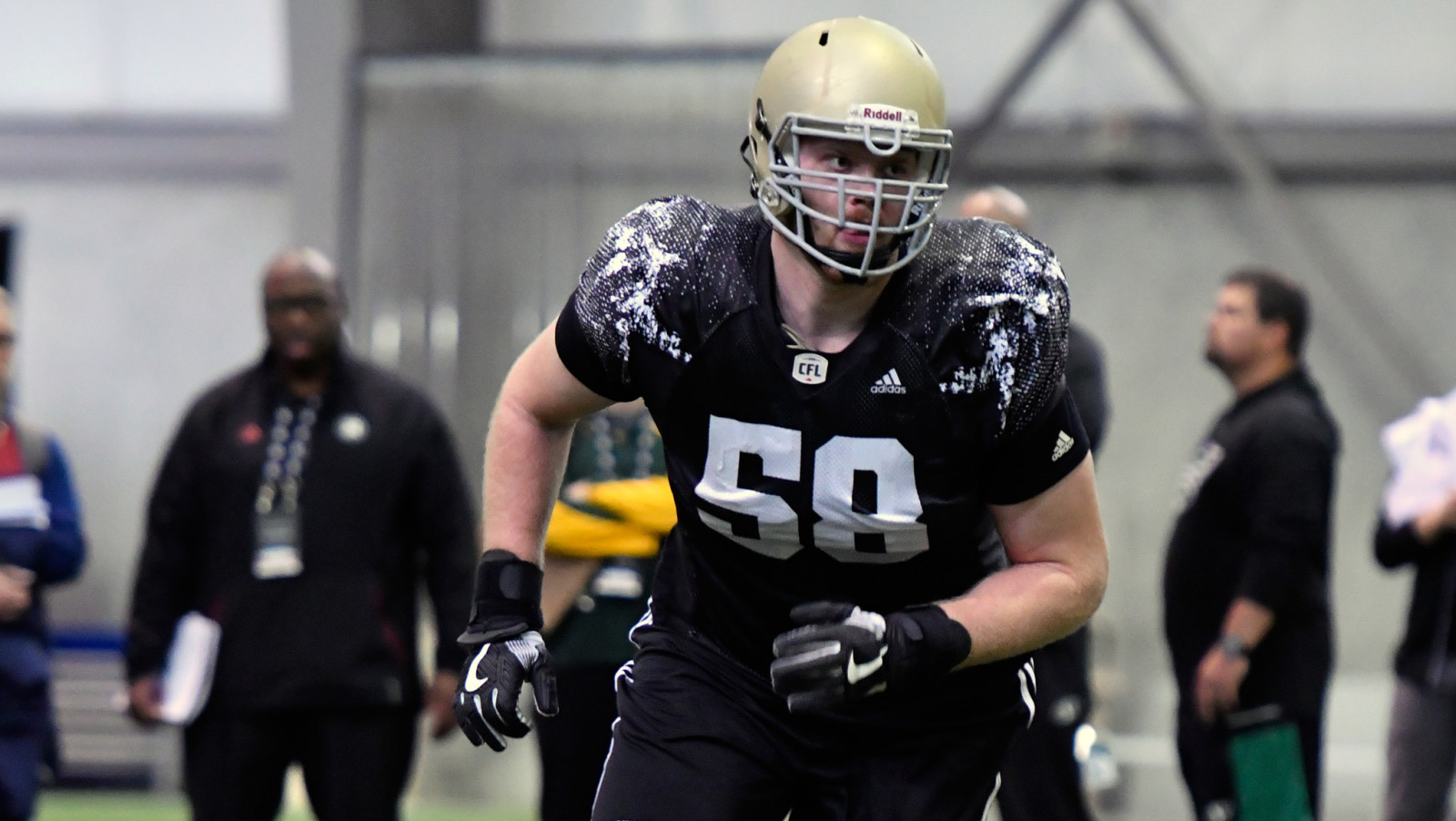 TORONTO — When it comes to Mason Woods, size is the starting point.

Woods’ 6-foot-9, 322-pound frame is what the scouts are talking about with this kid, and it’s not always necessarily in his favour.

The Idaho Vandals graduate didn’t have the best showing at the CFL Combine presented by adidas last month in Regina.

“Mason Woods struggled a bit, but I don’t think that’s necessarily a damning indictment on him,” said CFL.ca’s draft analyst Marshall Ferguson. “I just think he got out-leveraged by guys that are really, really strong and play lower to the ground than he does.”

Woods’ showing in Regina clearly wasn’t enough to deter scouts considering his continuing rise in the CFL Scouting Bureau rankings. He went from 15th in September to 10th in December to eighth just last week in the final edition.

Yet Woods, originally projected to go first overall in Ferguson’s inaugural mock draft, fell to fifth in the second version as a result of the combine.

It would make sense for Woods to go to the Eskimos considering his closest comparable, Matt O’Donnell, plays guard there.

A 28-year-old graduate from Queen’s, O’Donnell checks in at 6-foot-11, 350 pounds and has become one of the league’s top guards.

“My initial reasoning for selecting Matt O’Donnell as a comparable for Mason Woods was quite simply their similarity in frame,” said Ferguson. “After watching the way Woods moved in his stance and through contact at the combine, I still view O’Donnell as a similar player, with the caveat that O’Donnell was and remains better at anchoring and finishing blocks than Woods appears to be in late-season film and in Regina.” 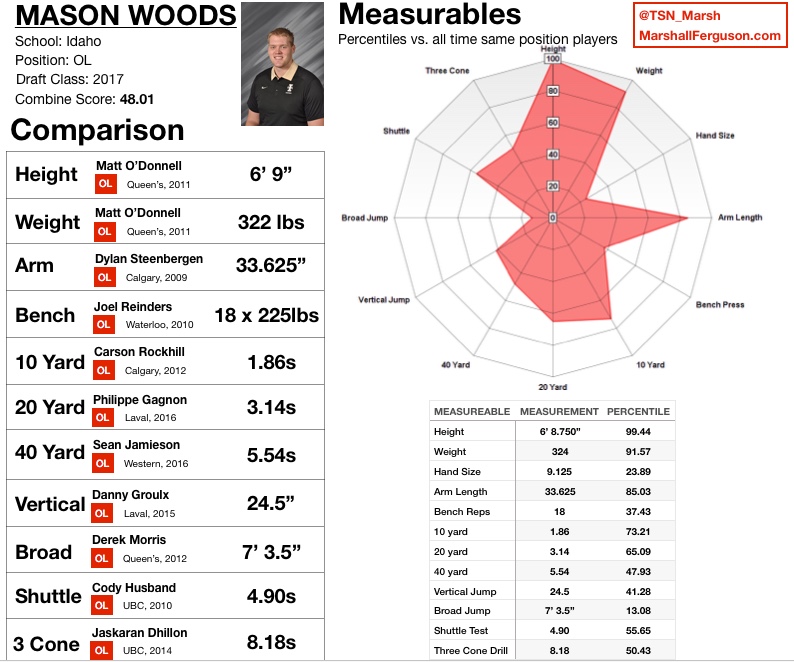 O’Donnell was selected in the second round, 15th overall, by the Eskimos in 2011. It wasn’t until 2012 that he actually landed in Edmonton following a stint with the NFL’s Cincinnati Bengals.

Two and a half seasons later, O’Donnell again returned to the Bengals for another half season. His return to the Esks in 2015 helped Edmonton capture a West Division title and eventually a Grey Cup Championship.

Scouts on both sides of the border saw potential with O’Donnell and while Woods may need time to see his, the parallels are there.

“Both enter the league with boundless potential and the type of frame that allows tackle and guard flexibility,” said Ferguson. “O’Donnell quickly made the move inside which makes you wonder if Woods will do the same as quickly.”

Whatever the plans, Woods is sure to be high on someone’s radar come the 2017 CFL Draft, which arrives on May 7. 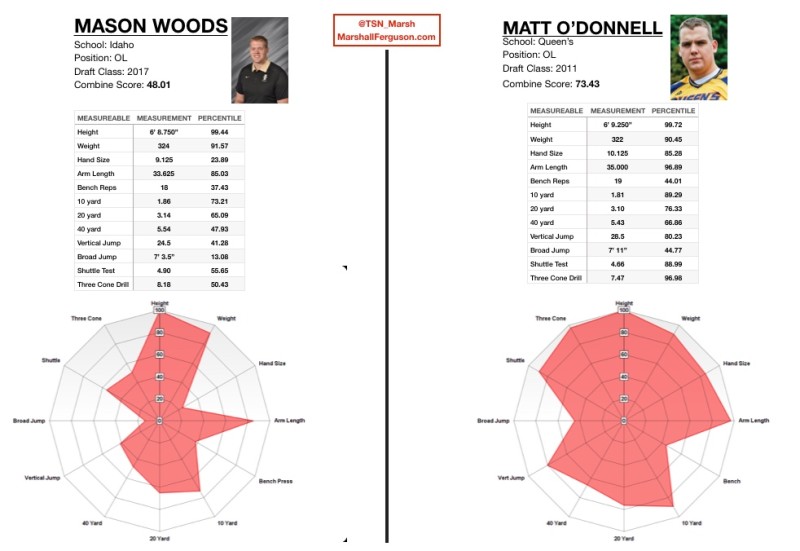