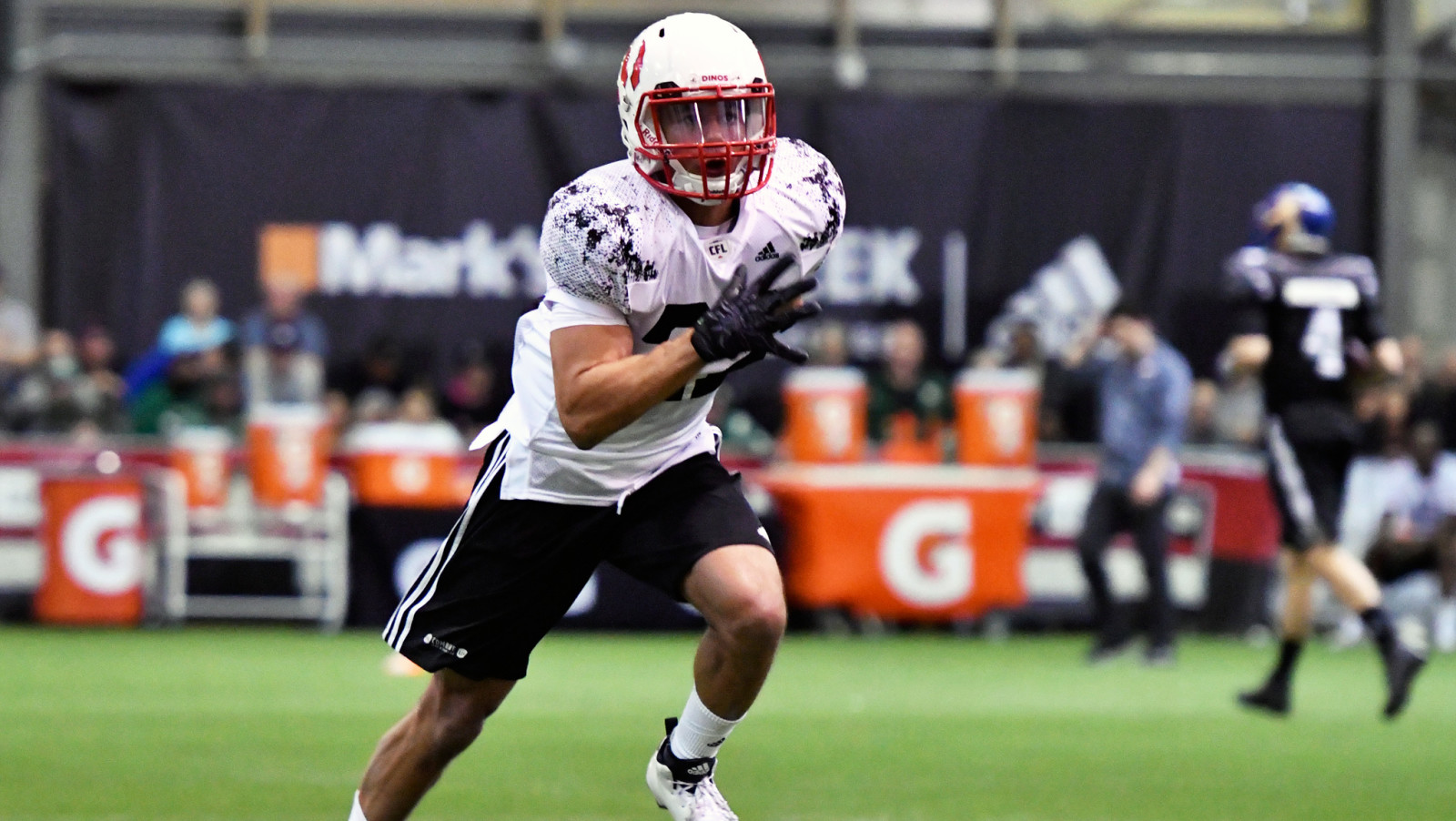 TORONTO — If you ask Marshall Ferguson, Robert Woodson has all the attributes to make it at the next level — and a little bit of pedigree to boot.

The Dinos defensive back, of course, followed the success of his older brother Anthony, once an All-Canadian running back with the University of Calgary. Anthony enjoyed CFL success with the Argos and Ticats and now Robert will look to do the same.

Ferguson, CFL.ca’s top authority on the draft, says last month’s combine in Regina was the final exclamation point on an impressive path to the CFL Draft.

“He did exactly what he needed to at the combine,” said Ferguson. “He ran well and carried himself in a way that says ‘I’m ready to be a pro’.

“Woodson is all about hustle, energy and explosion to the football.”

MORE ON THE CFL DRAFT
» Ferguson: Breaking down the top 20 prospects
» The latest from Marshall Ferguson
» Stock Assessment: Woodson trending up

The younger Woodson will look to cut his teeth at the next level as a defensive back and special-teamer early in his career.

The 5-foot-10, 191-pound defensive back ran a 4.64 at the combine and stood up well in one-on-ones against the country’s top receiving prospects. Meanwhile, a 10’0.5″ broad jump proved explosiveness and 18 reps on the bench showed the strength to stand up to Canadian Football League receivers.

Ferguson sees parallels with CFL defensive back Andrew Lue that go beyond just the measurables.

“I remember the first time I saw Andrew Lue at Queen’s in football pads and thought, ‘that can’t be a defensive back, can it?’ He was so long and tall but moved better than you would expect and played the ball in the air with a kind of violence I hadn’t faced in the OUA before,” said Ferguson.

“Robert Woodson brings all of those traits and a hard-working attitude to the table while having bloodlines that suggest he could be in the league for a while.” 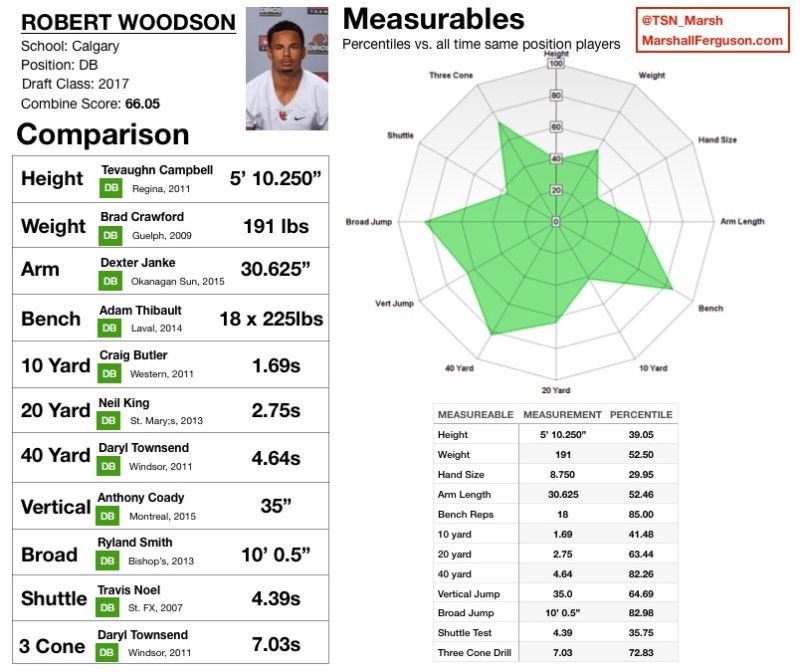 After a strong performance at the combine, Lue was taken 10th overall by the Montreal Alouettes in 2014. He was traded to the Riders last year and signed with the Eskimos as a free agent this off-season, while so far injuries have made the jump to the pros a little more difficult.

But the comparison, Ferguson assures, should be seen as flattering. The 25-year-old Lue still has an upside the Edmonton Eskimos couldn’t ignore, something every team in the league should see in Woodson, too.

“Lue is now on his third team since being drafted but everywhere he has gone, Lue has added depth with his ability to contribute on special teams and cover on defence in a moment’s notice. I expect much of the same from Woodson.”

A multi-sport athlete who also played basketball in high school, Woodson joined the Dinos in 2013 and started five games as a freshman.

In 2015, he led Canada West with five interceptions, earning him Canada West Defensive Player of the Year along with U Sports First-Team All-Canadian honours.

After earning Canada West All-Star honours for the second straight season in 2016, Woodson will take the next step on May 7, 2017 at the CFL Draft. 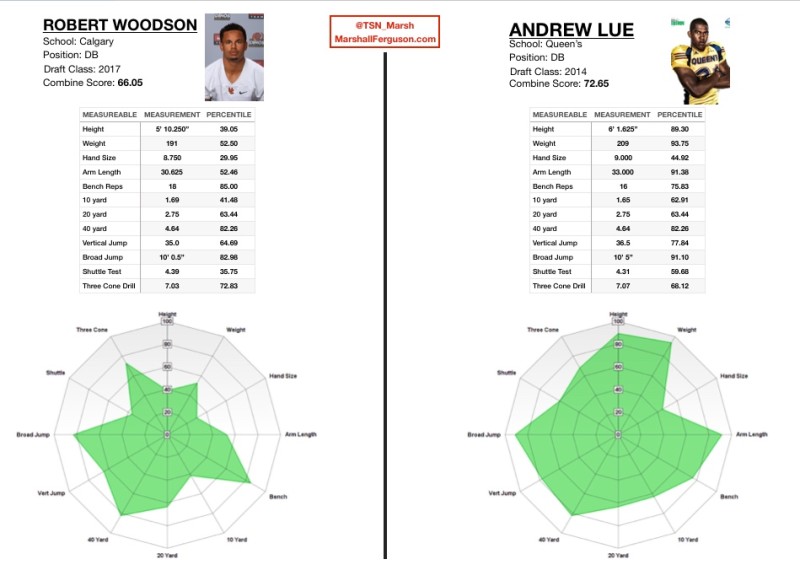