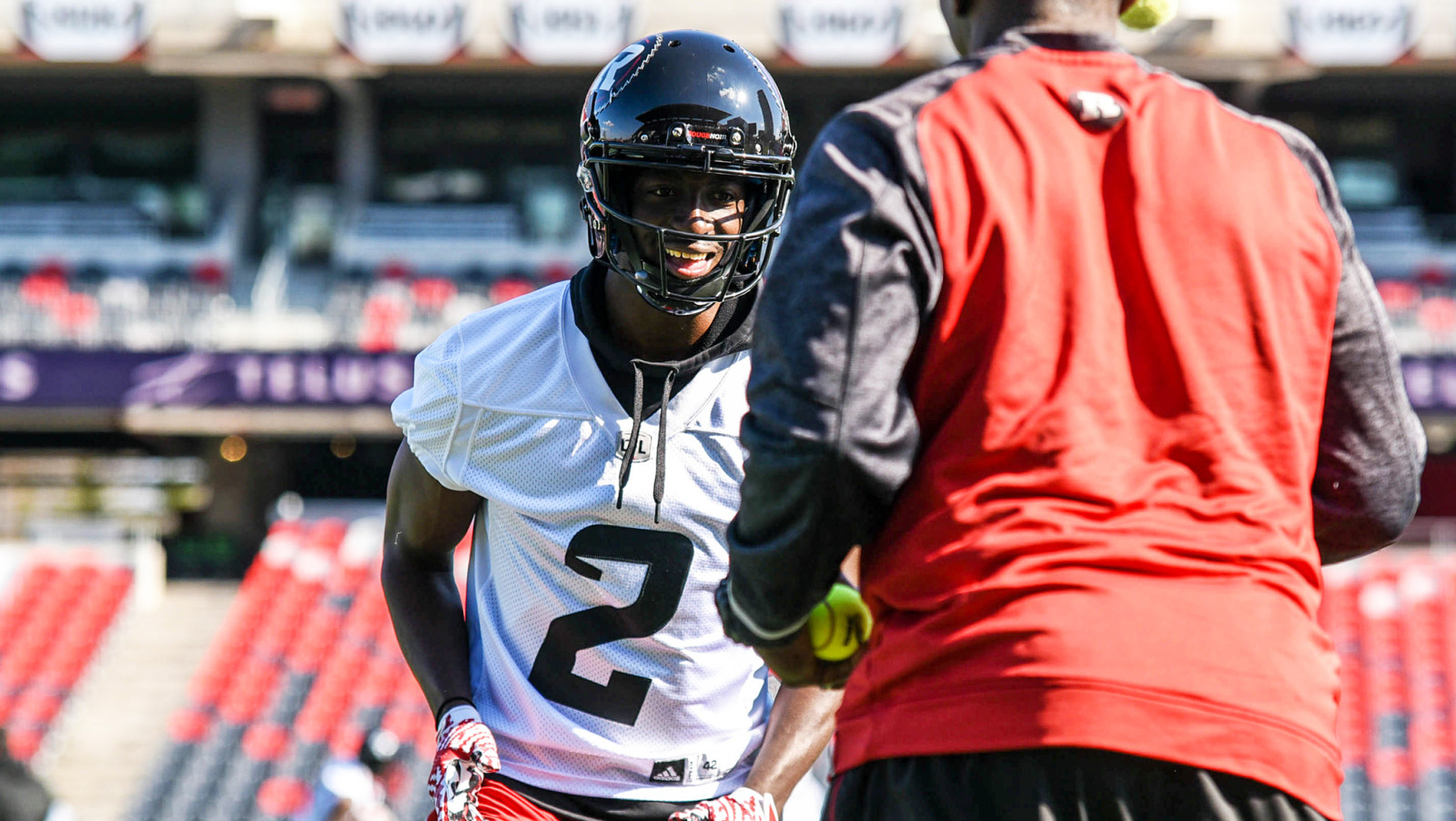 OTTAWA — For Kenny Shaw and Diontae Spencer, everything was different as Ottawa REDBLACKS Mini-Camp opened on Thursday.

And yet, there was a comforting sense of familiarity for the pair of former Toronto Argonauts, signed during a busy first day of CFL Free Agency back in February.

That familiarity starts with each other. The duo played together last year, with Shaw catching for 1,004 yards in 17 games and Diontae 706 yards in 12 games. The two chirp each other as much they encourage each other, with Diontae on Tuesday doing his best to get a laugh out of Shaw while the latter was in the middle of a media scrum.

What’s clear is that both players are excited to be in Ottawa, even if it was admittedly a bit strange strolling down the hallway towards the home team locker room for the first time. A bit like the first day of school, said Shaw. 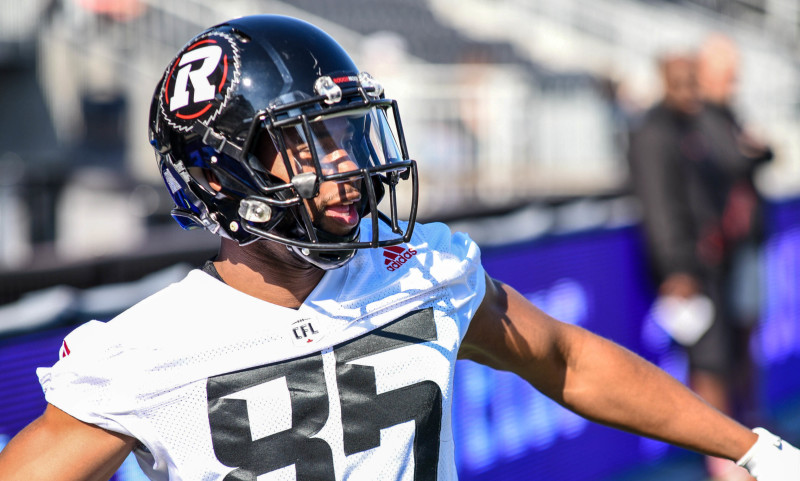 “I love coming back to camp and working on my craft.  It’s a journey, this is the beginning and we’ll take it one day at a time.”
– REDBLACKS reciever Diontae Spencer

“Walking in there is a bit weird at first, but they welcomed me the way everyone said they would,” said Shaw between watching the morning’s rookie practice and participating in the afternoon’s session for rookies and new additions. “I’m happy to be here with my boy Spence and see some familiar faces.”

Other than Spencer, Shaw also knows quarterback Trevor Harris and Offensive Coordinator Jaime Elizondo, both of whom are former Argos. Even with the new home field and new playbook, both seemed to fit right in, with Harris saying it was a “lot of fun” to be throwing to the two again. Doesn’t hurt that one of them happens to be the fifth 1,000-yard receiver to join the REDBLACKS in the club’s young history, while the other was on pace to get there in a shortened season.

Like Shaw, Spencer’s first official appearance as a member of the REDBLACKS was during Mark’s CFL Week in Regina in March. But stepping on the field and getting some reps in made it feel even more real, he said.

Though there is still the rest of mini-camp, main camp and pre-season before the regular season, Spencer said he wasn’t tempted to look too far ahead to his regular season debut with his new club.

“I love coming back to camp and working on my craft,” he said. “It’s a journey, this is the beginning and we’ll take it one day at a time.”

But while Shaw and Spencer have arrived at a new team, expect more of the same when it comes to what they bring on the field.

“Expect me to bring my game,” Shaw said. “If fans caught a little glimpse in Toronto, they’ll see that and a guy who’s going to make his teammates around him better.”