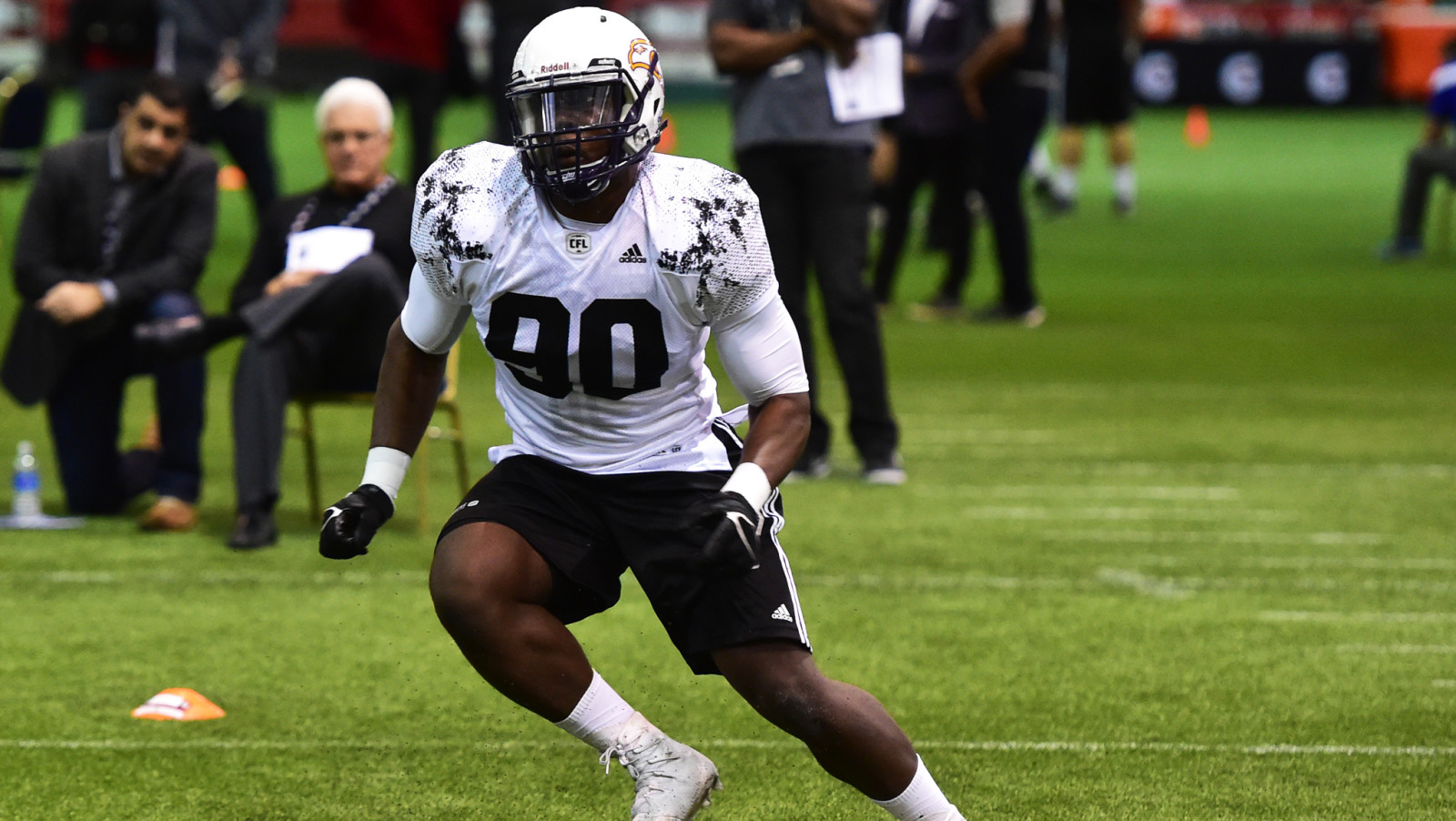 TORONTO — He says no one believes him but 2017 CFL prospect Kwaku Boateng actually started his football career as a receiver.

Before making the switch to defensive end in grade 10, the Wilfred Laurier defensive lineman caught passes in his first year of high school.

“I had the most receptions on the team, I had six or five,” he laughed. “The following year it was a different coach at that time and he looked at me and he’s like, ‘you remind me of someone that plays at Laurier at defensive end, let me put you over at defensive end.’

“I went over and the first time I sacked the quarterback, that thrill, that excitement, that’s when I realized that that position in this sport was what I was made for.”

Boateng talked to CFL.ca in a one-on-one interview at this year’s combine, which can be seen below:

The 6-foot-1, 233-pound Milton, Ont. native had the best season of his career in 2016, helping to put him on the radar of scouts across the country and as the 12th ranked prospect on the third and final CFL Scouting Bureau.

Laurier’s leader in career sacks (20.5) posted the best numbers of his four-year stint as a Golden Hawk in tackles (22), sacks (6.5), knock-downs (six) and forced fumbles (four) in 2016. That performance was integral to his team’s journey to winning the Yates Cup in 2016.

Boateng attended the 2017 CFL Combine presented by Adidas in March, testing with stellar numbers in the drills and showing off his pass-rush abilities in the one-on-ones. His 4.28 shuttle time was one of the best-ever for a defensive lineman and he also posted an impressive 33.5 vertical jump.

He credits his hard work and determination for his success and hopes that scouts and general mangers will see that come draft day on May 7.

“I think it definitely just comes back to a high motor,” Boateng said. “I think that as a defensive end that’s something that you have to have. Being able to continuously be consistent at that, I think it goes a long way. That’s one of my advantages coming into the draft.”