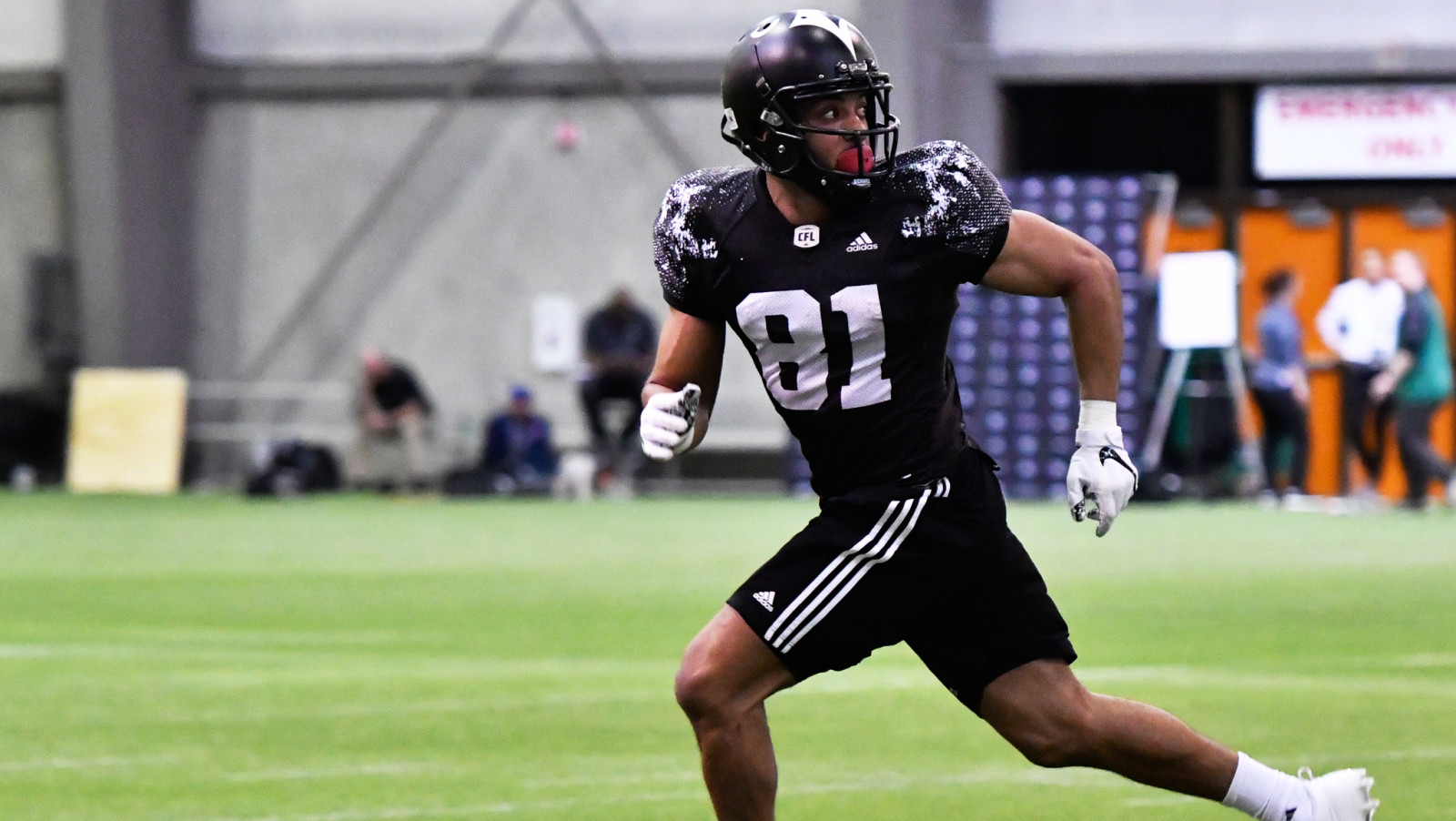 TORONTO — The first round of the 2017 CFL Draft is in the books with no shortage of surprises.

Receivers Danny Vandervoort and Nate Behar offer plenty of star power in the first nine picks while, in a CFL rarity, the first offensive lineman wasn’t taken until the eighth pick when the Bombers picked Manitoba product Geoff Gray.

The first round also included a couple of off-the-board picks with Connor McGough going to Hamilton and Randy Colling to Calgary, while the Stamps and Bombers struck the only deal when they swapped the sixth and eighth overall selections: 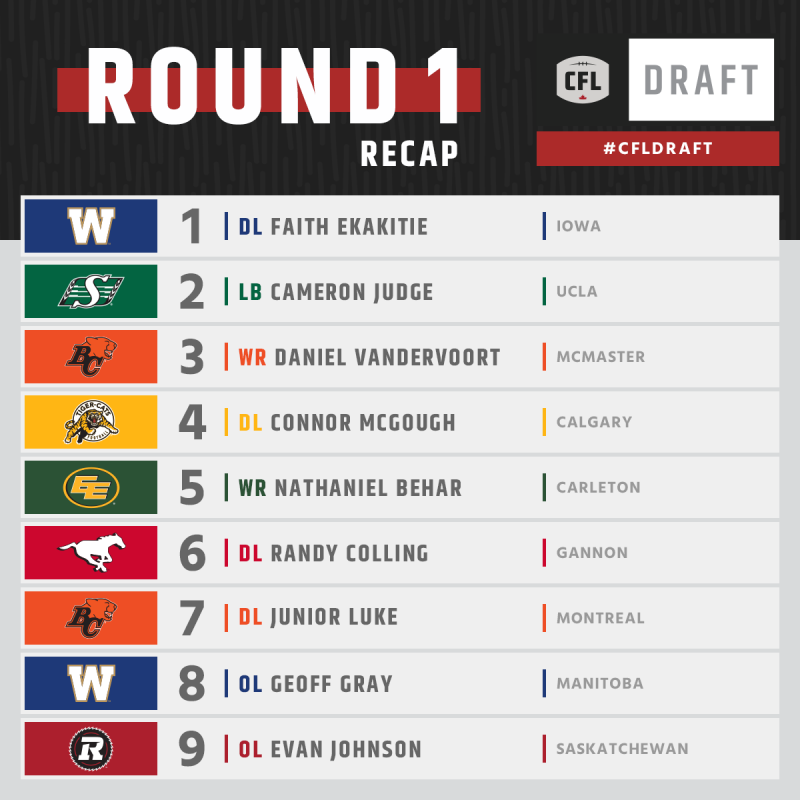 The draft started with Faith Ekakitie going first overall. One of the draft’s worst-kept secrets going into Sunday, the Bombers added some muscle to the middle of their defensive line with the Brampton, Ont. native in Ekakitie. He fills an immediate need on Mike O’Shea’s club following the departure of Keith Shologan.

“Faith Ekakitie is the player that, quite honestly, we had our eyes on for some time now,” said Winnipeg Blue Bombers general manager Kyle Walters. “He’s athletic, physical inside, and has the character which we covet in this organization. We’re very pleased to call Faith’s name first overall in 2017.”

After that, however, all bets were off. After going offensive line with the first pick a year ago, Riders head coach and general manager Chris Jones added a key piece to his defence, selecting UCLA’s Cameron Judge second overall.

Judge was a late addition to draft boards and was considered one of the top two linebackers available in the draft.

The Lions looked to up their receiver depth with the third pick, adding another big target for Jonathon Jennings in McMaster’s Danny Vandervoort. The 6-foot-1 receiver was the top-ranked receiver going into the draft, coming in as the fourth man on the CFL Scouting Bureau ranking in April.

For the second straight year, Eric Tillman and the Ticats went off the board with their first round pick, hauling in Calgary defensive lineman Connor McGough with the fourth pick. McGough adds more Canadian depth to the middle of a Ticats’ D-line that features Ted Laurent. 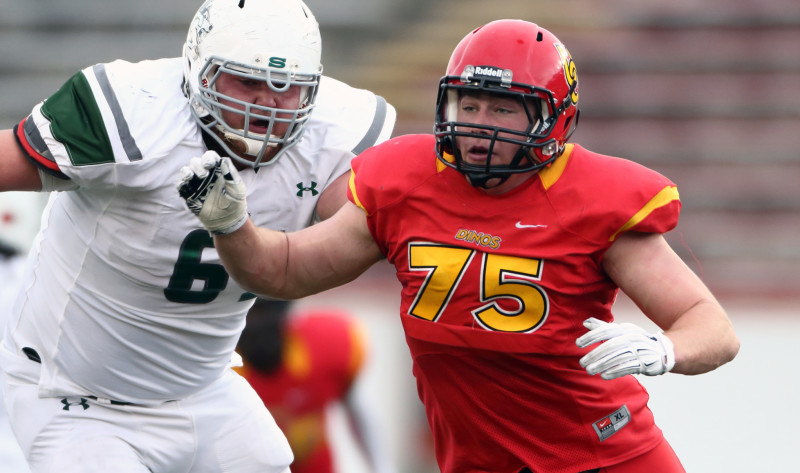 The second receiver to go in the first round was Carleton’s Nate Behar, picked fifth by the Edmonton Eskimos. Behar is a two-time USPORTS First Team All-Canadian and came into the draft neck and neck with Vandervoort as the top two pass-catchers available.

With the first overall pick already on their board, the Bombers moved the sixth overall pick to the Stampeders in exchange for the eighth overall pick and the 34th overall pick. Calgary selected 26-year-old offensive lineman Randy Colling, another late addition to draft boards after gaining eligibility only recently.

After going with Vandervoort earlier in the round, the Lions fortified their national content on the defensive line with the selection of Montreal’s Junior Luke.

The Bombers picked local product and a ‘future’ pick with Geoff Gray at eight while the REDBLACKS capped off the first round with the selection of Evan Johnson, an offensive lineman out of Saskatchewan.