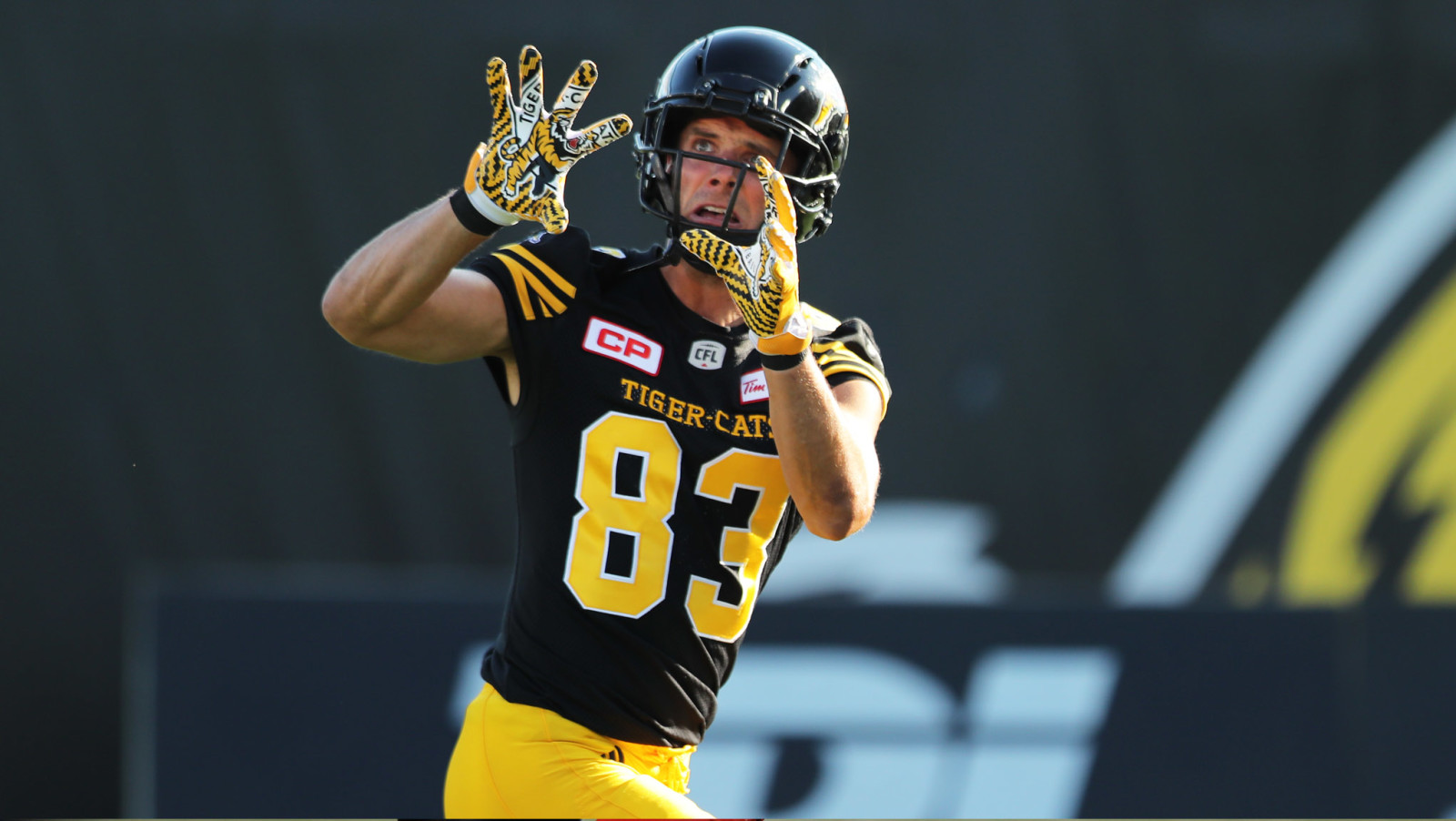 HAMILTON — Andy Fantuz has re-joined the Hamilton Tiger-Cats in a new role, taking on the position of player development coordinator heading into the 2017 season.

Meanwhile, the 33-year-old continues to rehabilitate from a torn ACL suffered on Oct. 28, 2016.

The team announced Fantuz’s return to Hamilton on Thursday.

Fantuz was the East Division’s Most Outstanding Canadian in 2016 after posting 101 receptions for 1,059 yards and five touchdowns in 17 games with the Tiger-Cats. The 6-foot-4, 218-pound receiver became the first player in Tiger-Cats franchise history to record 100 receptions in a single season, surpassing that mark on October 21 at Ottawa.

He finished the season ranked fifth in CFL receptions (101) and receiving targets (128) despite missing the final regular season game and playoffs with a torn ACL.

The Chatham, Ont. native has appeared in 145 CFL games with the Saskatchewan Roughriders (2006-11) and Tiger-Cats (2012-16), recording 631 receptions for 8,308 yards and 44 touchdowns. He attended training camp with the NFL’s Chicago Bears in 2011 before returning to the CFL. In 2010, Fantuz was named the CFL’s Most Outstanding Canadian, and a CFL and West Division All-Star after catching 87 passes for 1,380 yards and six touchdowns. He has also played in five Grey Cup games, winning one (2007) and being named the game’s Most Outstanding Canadian twice (2007, 2014).

Fantuz was selected by the Riders with the third overall pick in the 2006 CFL Draft after a record-setting CIS career at Western. During his four years with the Mustangs, Fantuz set new CIS and OUA marks for career receiving yards (4,123), single-season receiving yards (1300 in 2002), career receptions (189) and career touchdown receptions (41).  He was the recipient of the Hec Crighton award as the top player in CIS football in 2005.