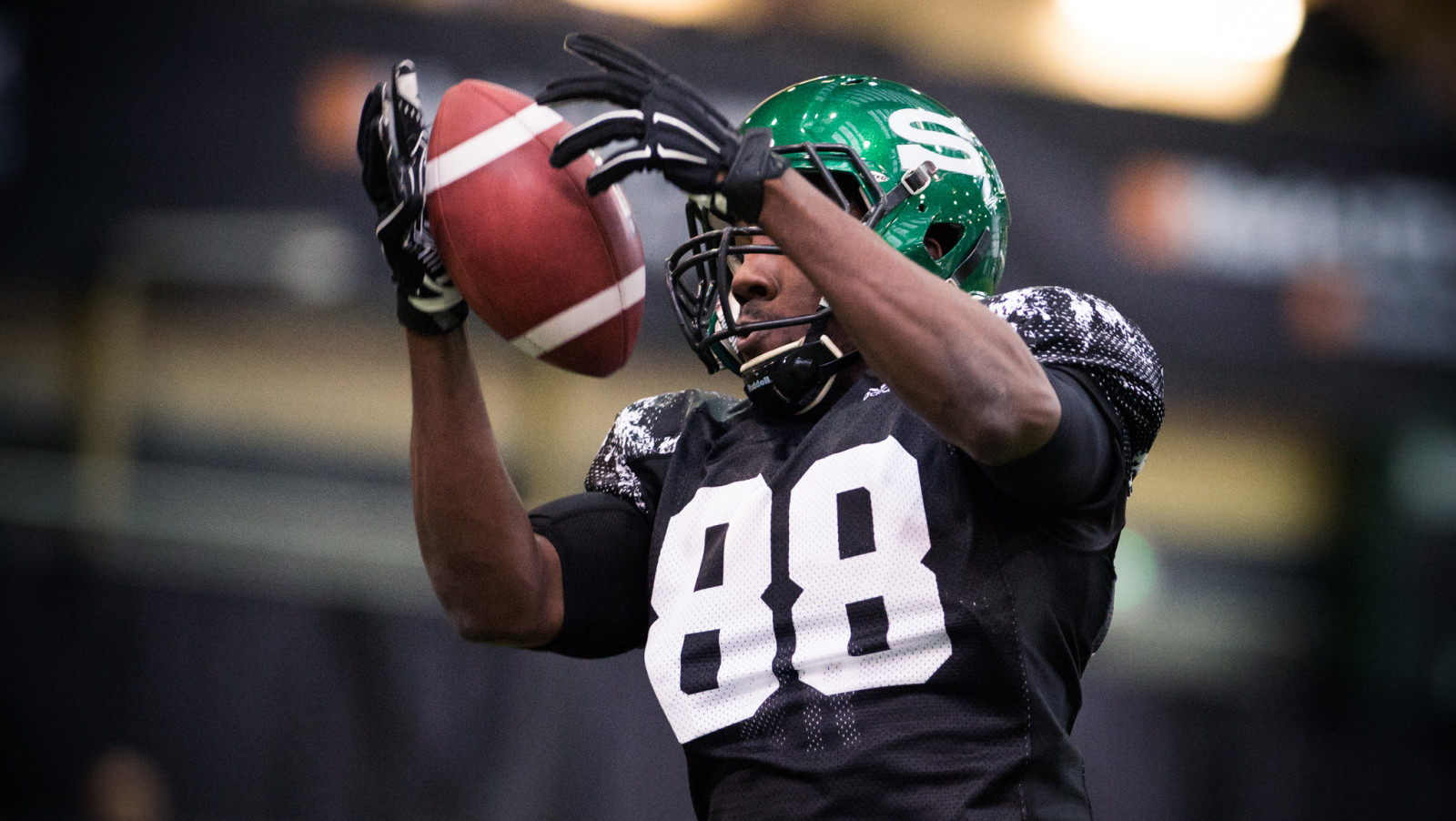 CALGARY — The Calgary Stampeders have signed seven players that the club selected in the 2017 CFL Draft earlier this month, including first round pick and defensive lineman Randy Colling.

Stamps general manager John Hufnagel traded up to pick Colling sixth overall in the first round, going from eighth to sixth in a trade with the Bombers.

Colling, a 26-year-old out of Gannon University, was a late addition to draft boards and has four years of experience in the Arena Football League for the Cleveland Gladiators, making 74 tackles and 14.5 sacks.  He attended mini-camps with the New York Jets and Green Bay Packers before signing a futures contract with the Buffalo Bills. He also spent time with the New York Giants.

Here is more information on the new players:

Colling was selected in the first round (sixth overall). He attended mini-camps with the National Football League’s New York Giants and New York Jets in 2012. In 2014, he signed with the Buffalo Bills. Colling played four seasons with the Arena Football League’s Cleveland Gladiators, accumulating 74 tackles and 14.5 sacks. He played four seasons (2008-11) at Gannon University, a Division II school in Erie, Pa. In his senior season, he led the Golden Knights with 88 total tackles, 21.5 tackles for loss and nine sacks as he was named a first-team all-American and was a finalist for the Gene Upshaw award as the top lineman in Division II. Over the course of his career, he accumulated 220 tackles including 48 tackles for loss and 25 sacks and was a three-time Pennsylvania State Athletics Conference first-team all-star.

Gacusana was selected in the fifth round (43rd overall). He played four seasons at Simon Fraser and in 2016 was second-team all-Great Northwest Athletic Conference.

Laurensse was selected in the seventh round (61st overall).He earned first-team Canada West honours in four straight seasons (2013-16) with the University of Calgary Dinos. He was first-team all-Canadian in 2014 and 2015 and second-team in 2016. In 32 career regular-season contests, Laurensse had 74 tackles including 3.5 tackles for loss, 11 interceptions, one fumble recovery and 13 pass breakups. He’s also returned 11 punts for 176 yards. In the 2016 post-season, Laurensse had 10 tackles, two interceptions and two pass breakups as well as seven kickoff returns for 212 yards and 12 punt returns for 104 yards.

Lynch was selected in the second round (17th overall).In 28 career games at the University of Saskatchewan, Lynch made 85 catches for 1,133 yards and seven touchdowns. He also had five carries for 32 yards. Over the 2015 and 2016 seasons, Lynch played 14 games and had 77 receptions for 1,061 yards and five scores.

Milanovic-Litre was selected in the fourth round (28th overall). In 38 career games over four seasons at Simon Fraser, Milanovic-Litre saw action at both tailback and fullback. He rushed for 789 yards and two touchdowns while making 72 catches for 516 yards and one score. As a junior in 2015, he was second-team all-Great Northwest Athletic Conference after rushing for 648 yards and making 38 receptions for 272 yards.

Sindani was selected in the eighth round (70th overall).In eight games for the Calgary Colts juniors in 2016, Sindani made 31 catches for 414 yards and two touchdowns. He added seven catches for 73 yards in two playoff contests. Prior to joining the Colts, he played three seasons (2013-15) at the University of Regina and accumulated 33 catches for 467 yards and three touchdowns in 20 games.