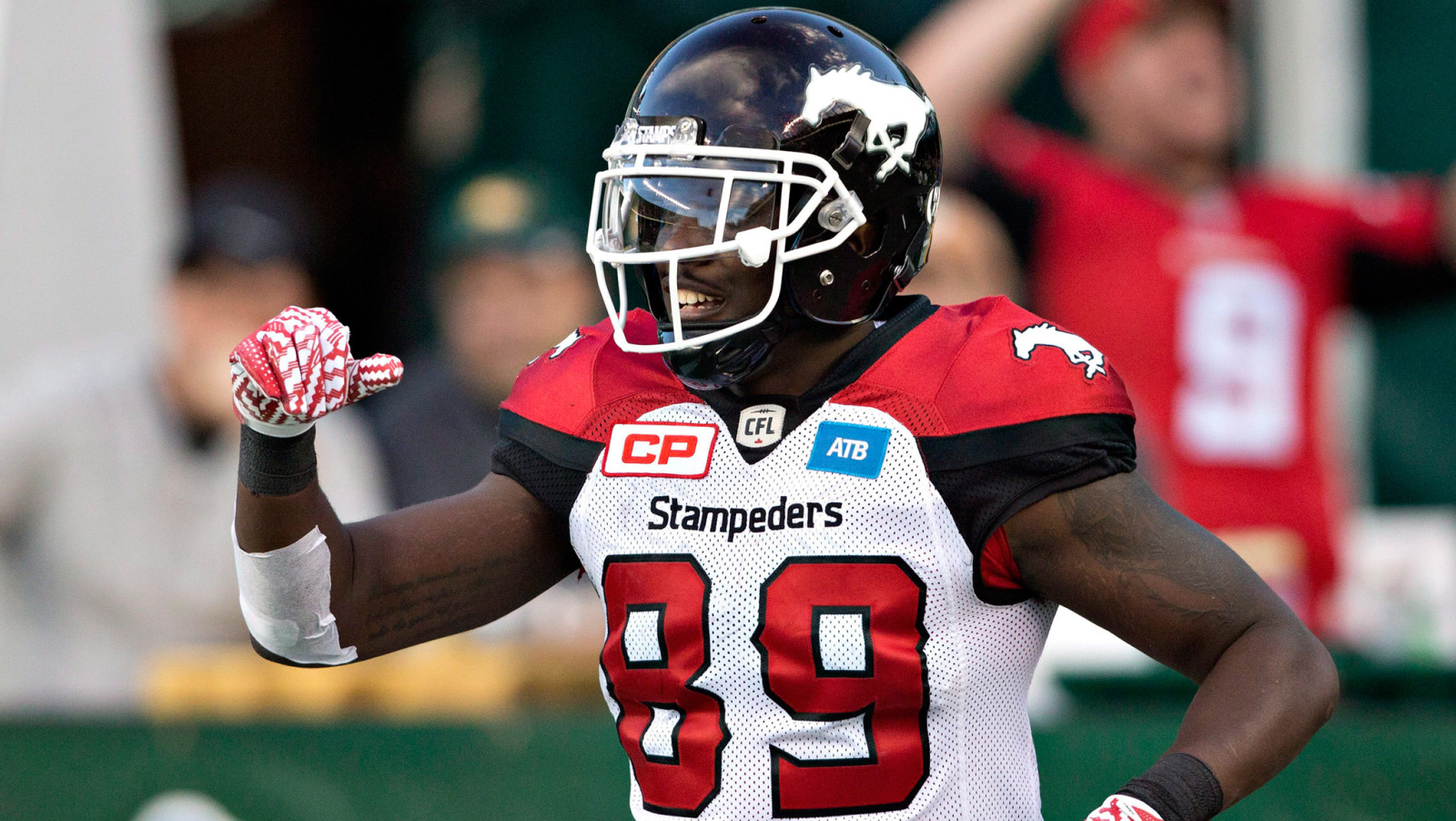 As Best in the League returns for a third season (the first installment of the year — hands — can be seen here), one of the more intriguing categories for me was actually just added: Rising star.

In this category, some of the biggest CFL stars were asked to pick the top ‘rising star’ in the league, specifically a player in his second or third year. On Wednesday, the second episode of Best in the League, their choices will be revealed.

All three are worth the hype but the topic got me thinking — who are the best young players in the CFL right now?

I decided to dig a little more, assembling a 46-man roster of players 24 years old or younger.

It was a fun but sometimes challenging exercise. Some positions, like O-line, receiver and defensive back, were difficult to narrow down. Others I have to lean on players who have never even played a CFL down (it’s interesting how few defensive ends there are in the CFL that are 24 or under).

Here’s what I landed on, and I’ll explain a bit of my thought process below. Have a look and for the armchair GMs like myself, let us know what your team might look like! 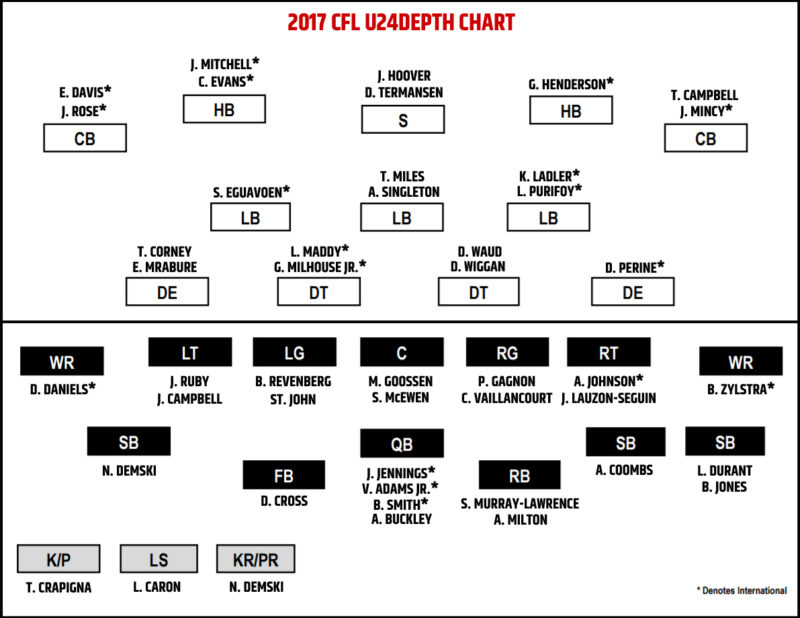 In reality, Jonathon Jennings has graduated from rising star to superstar, but he’s still a month and a half away from his 25th birthday so he qualifies. The product of Saginaw Valley has shown throughout two CFL seasons that there’s nothing he can’t do and I needn’t say any more.

It was this time last year when Vernon Adams Jr., property of the BC Lions, was shipped to the Als in exchange for a first round pick. Jennings would have blocked him on the depth chart in Vancouver but Adams Jr. (3-0 as a starter in the CFL) has a bright future in Montreal behind veteran Darian Durant.

Brett Smith showed flashes in his time with the Riders while Canuck Andrew Buckley will compete for the backup role to Bo Levi Mitchell this year. I’d be happy to have either on my roster.

If Jennings is 1-A, DaVaris Daniels is your 1-B when it comes to the league’s rising stars. Daniels was spectacular as a 23-year-old rookie with the Stampeders, recording nine touchdown receptions and 885 yards in only 11 games.

Brandon Zylstra enjoyed as strong a second half as anyone last year and is a household name heading into his sophomore season while Anthony Coombs, Lemar Durant and Nic Demski are three young, athletic Canadian pass-catchers.

Depth on this particular team at receiver is thin but Llevi Noel, Shaq Johnson or recent draft picks Danny Vandervoort and Nathaniel Behar are among those who could be added if needed. 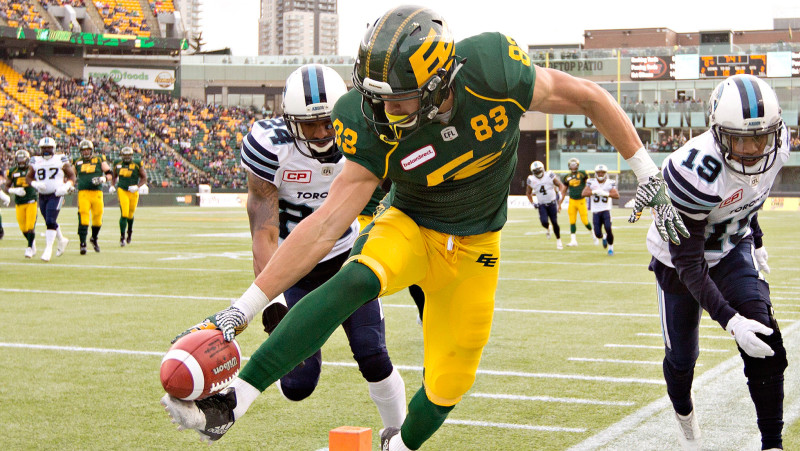 After his two seasons to learn the ropes behind the likes of Jeremiah Johnson and Chris Rainey, it’s time to unleash the 5-foot-8 speedster Shaq Murray-Lawrence. He and former second round pick Aaron Milton could form an underrated duo of Canadian running backs on the U24 team.

Ross Scheuerman might be a good bet, too, if you’re looking for an American, but other than that it’s hard to find proven international running backs 24 or under.

So many offensive linemen have stepped away from their respective schools and into CFL starting roles the last few years. The depth chart here is pretty strong evidence.

Matthias Goossen and Sean McEwen anchor this unit from the centre position while Lions sophomore tackle Antonio Johnson is the only American listed on the O-line.

McEwen, Charles Vaillancourt and Jason Lauzon-Seguin are backups but could easily be starting.

This was one of the more challenging positions to settle on, stemming from the lack of young defensive ends in the league and the high volume of Canadian interior linemen.

Ese Mrabure can play inside or out but I’ve got him at his original position on the end teaming up with Bombers defensive end Trent Corney. Daryl Waud and Derek Wiggan are promising young Canadian interior linemen but other than that I’m leaning on my internationals on the D-line.

There was a temptation to get Rupert Butcher or Faith Ekakitie in there but let’s see what they do in 2017.

Wiggan excites me the most as a guy on the inside who could really break out this year. 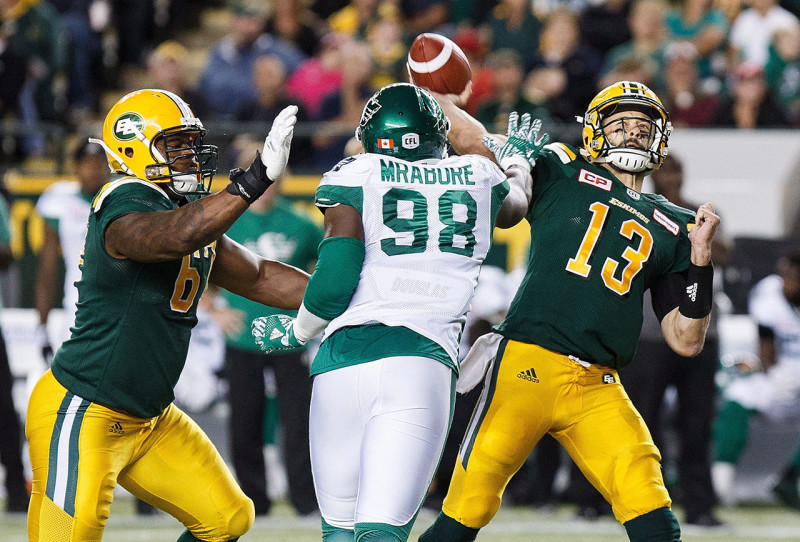 Sam Eguavoen appeared to fit well in Chris Jones’ defence before getting hurt. He’s got a shot to return as the Riders’ weakside linebacker this season on a new-look defence in Saskatchewan.

Alex Singleton might have won Most Outstanding Rookie if not for teammate DaVaris Daniels, while you can’t go wrong with either Loucheiz Purifoy or Kenny Ladler at SAM.

Lots of exciting, young linebacker talent in the CFL.

Safety is a void for those under 24 but Nicholas Termansen spent some time there for the Als last season and Jordan Hoover, a 2017 selection by the Eskimos, is one of my top value picks of the draft.

It gets better from there. Jonathan Rose and Jonathon Mincy combined for 32 starts for the REDBLACKS and Als respectively at corner, including all 18 games for the latter.

At halfback, meanwhile, Greg Henderson and Josh Mitchell both started games and could compete for a starting role while Ciante Evans of the Stamps is a strong bet at field half.

They aren’t all household names in the CFL at this point but there’s a learning curve for American defensive backs and these guys have all flashed the potential to be long-time starters at their respective positions.

Best in the League is back for a third season as the CFL’s biggest stars evaluate their peers in 12 different categories, from fastest to most clutch.