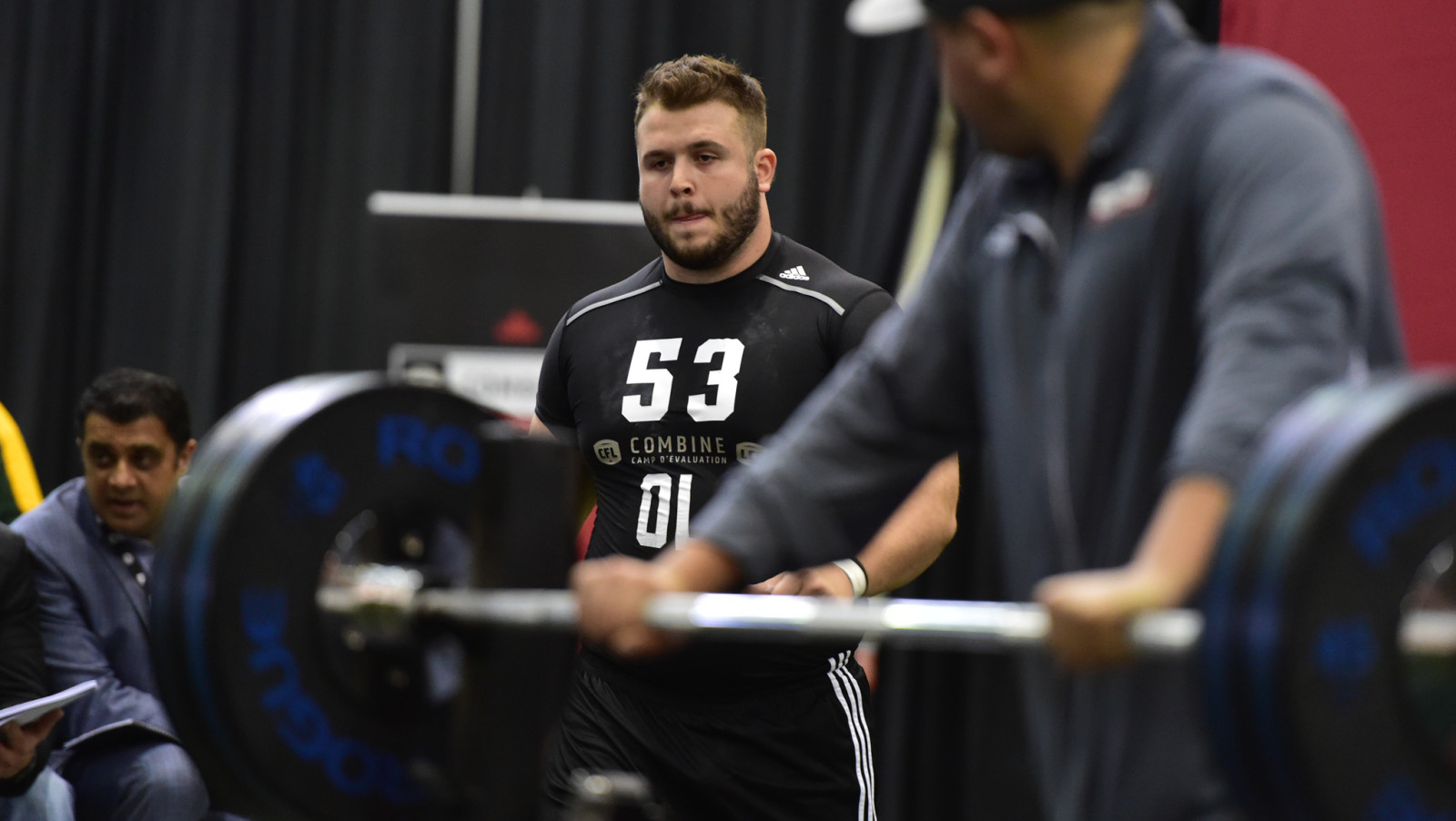 Mulumba, the 22nd overall pick out of the University of Maine, was considered one of the top two linebackers available heading into the draft on May 7.

OL Jean-Simon Roy
Selected in the Second round (14th overall), The Rouge et Or product impressed scouts at the combine with his impressive 39 reps on the bench press – good for fifth highest all time.

LB Christophe Mulumba
Selected in the third round (22nd overall), Mulumba recorded 42 career starts at the University of Maine. This past season, Mulumba led the Black Bears in tackles with 97 and was selected to the All-Colonial Athletic Association’s first team for the third time.

DB Jordan Hoover
Selected in the fourth round (31st overall), Hoover was a University of Waterloo Warriors standout leading his team and the CIS in interceptions during the 2015 season with five. At the Ontario Regional Combine, Hoover ran the fourth fastest shuttle time ever recorded by a DB with 4.03 second timing. Hoover attended the 2016 CIS East-West Bowl and played for Team West

DE Kwaku Boateng
Selected in the fifth round (41st overall), Boateng was drafted out of the University of Wilfrid Laurier. The Milton, Ont. native is a two-time Academic All-Canadian and is Wilfrid Lauier’s all-time sack leader.

OL Kwabena Asare
Selected in the sixth round (49th overall), the Carleton University product competed in the 2016 East-West Bowl for Team East. The native of Brampton, Ontario stands at six-foot-eight and weighs 270 pounds.

DE Mark Mackie
Selected in the eighth round (67th overall), Mackie attended McMaster and was the recipient of the U Sports Russ Jackson Award which is awarded to the student-athlete who best exemplifies the attributes of academic achievement, football skill, and citizenship.