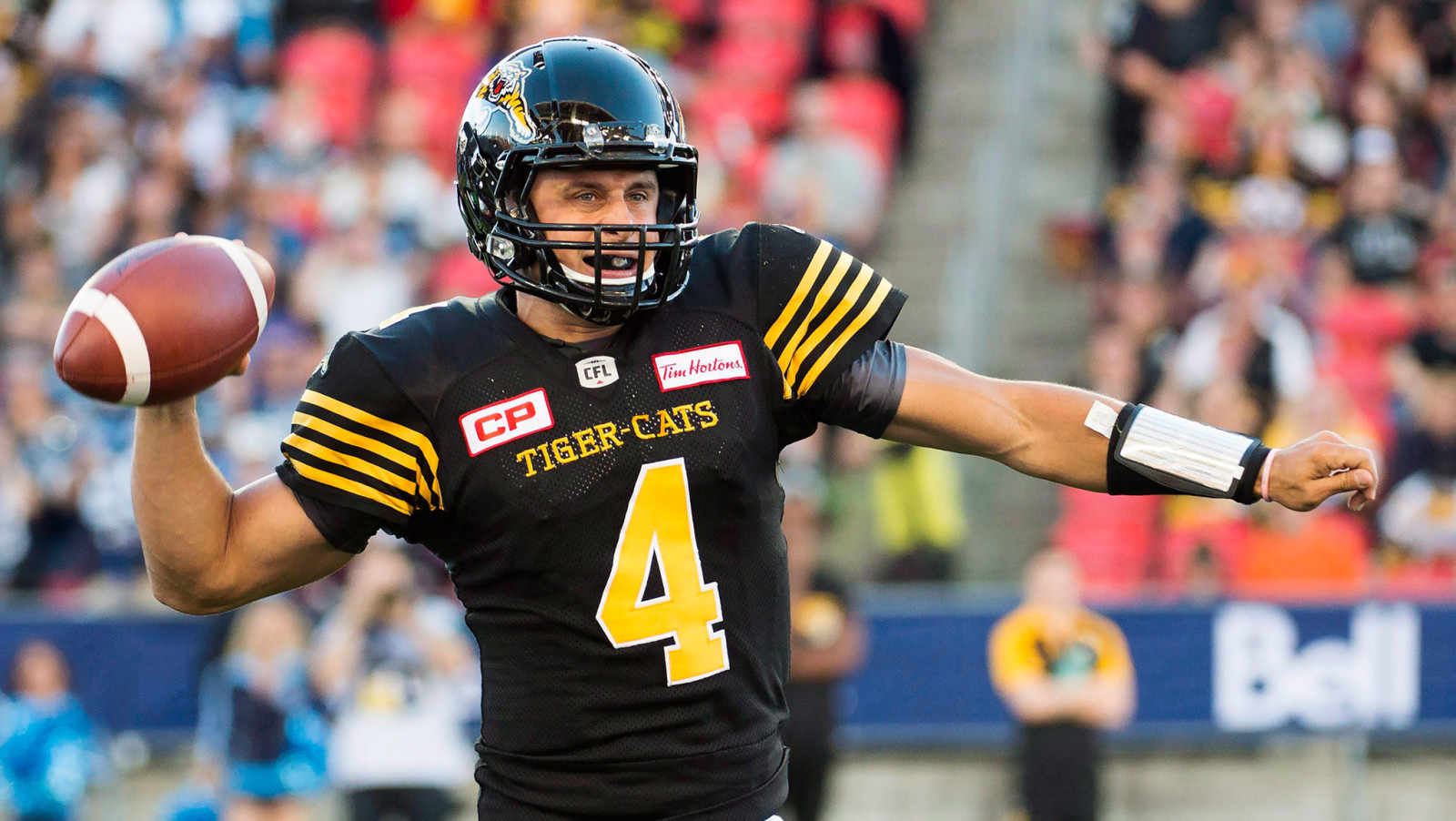 The latest and greatest in CFL Fantasy is here.

The newest fantasy game on CFL.ca allows you to be the general manager and go up against family, friends, co-workers, rival fans or random strangers — and share your roster on social media.

It’s simple and even allows you some more cap space by referring CFL fans to play along.

The new game sets your salary cap at $40,000 for each week in the CFL season to be spread over a roster of six players (1 QB, 2 RBs, 2 WRs, 1 Flex) and one team defence. (Note: kickers aren’t included and rarely are in salary structured fantasy football games).

The salaries adjust during the season depending on the year they are having. Mike Reilly comes in with the biggest salary into CFL Fantasy 2017 with a price tag for week one at $13,982. Reilly’s numbers along the ground put him a few grand clear of Jon Jennings and Bo Levi Mitchell.

But the catch here is, by keeping up to date with news from around the league, you can find the bargain players at $2,500 to allow you play those weekly studs that rarely disappoint. And scrolling through those players near the bottom of the pay scale, there are plenty of good finds, especially if they win a starting job out of training camp. 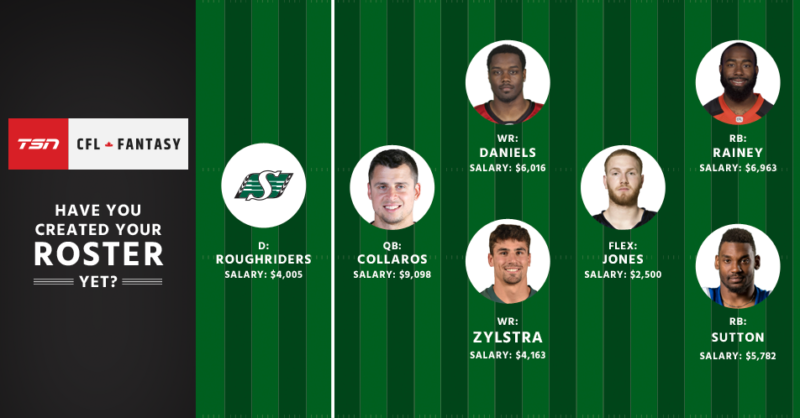 The flex position gives you the option to go with three running backs or three receivers in each given week. It’s up to you, however, where you feel the best match-ups are week to week.

Be mindful that return yards are included in the scoring structure (25 yards = 1pt, return TD = 6). That makes running back Chris Rainey of the BC Lions a possible play alongside fellow Lions running back Jeremiah Johnson. Brandon Banks is another player whose value goes way up with the threat of returns and newest Roughrider Chad Owens has been specifically pegged as a go-to return man in Saskatchewan.

There could be some brave people that want to try going with multiple return men in a given week if you think the punt or kickoff yards will be there.

And if you’re a little worried cap space, don’t forget about the CFL Fantasy Referral Bonus Dollars. You can compile up to $5,000 in extra cap space to disperse throughout the season by referring 10 friends to the play CFL Fantasy. You get an extra $500 in bonus cap space for every friend referred.

And each and every game this CFL season you can follow the live real time scoring for you team and your league to add a little more excitement to watching the CFL on TSN.

So sign up today and get set to be the GM, or you can play the role of commissioner as well by setting up your own public or private league.