Time Warp: A look back at Grey Cups in Edmonton 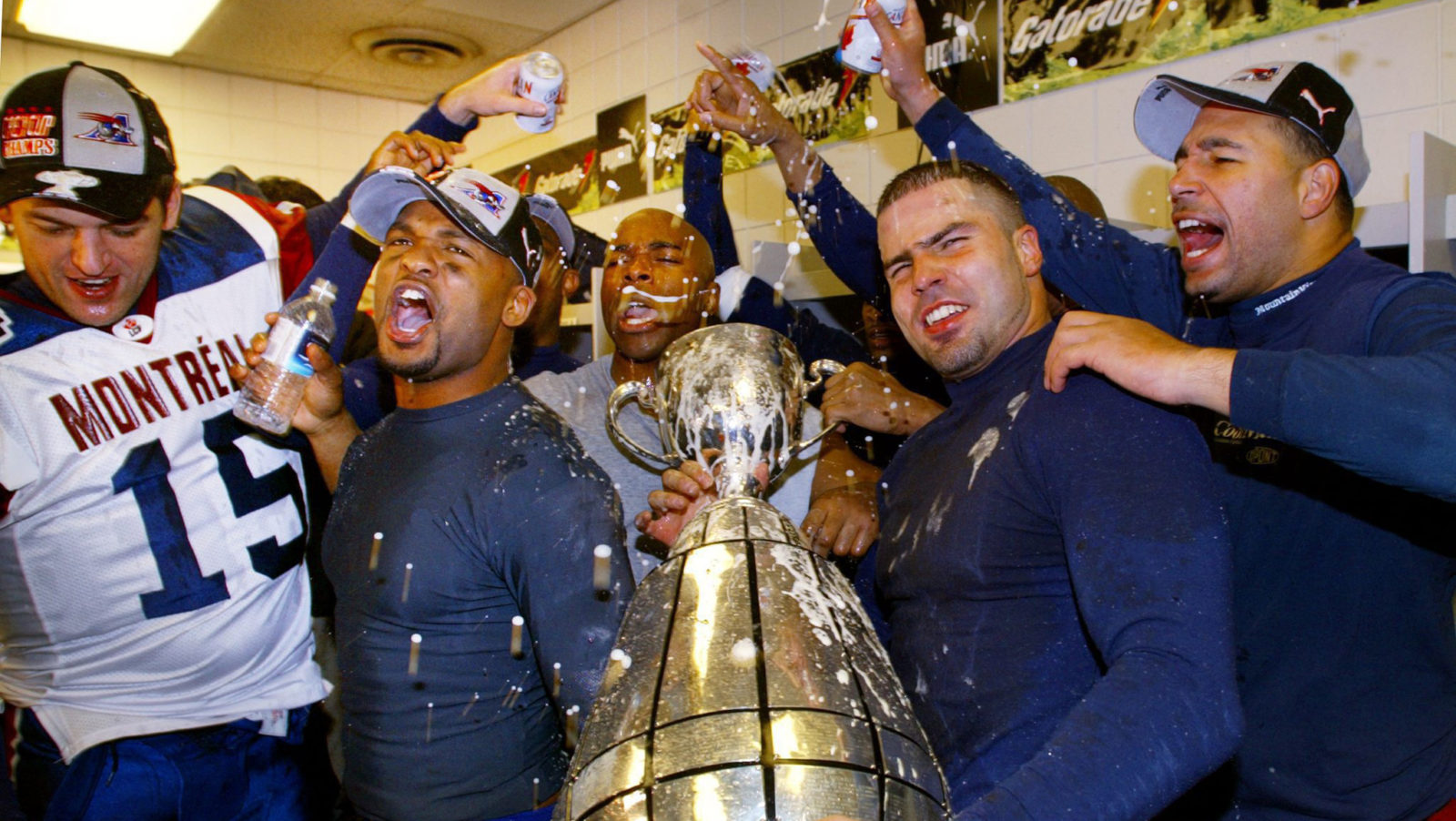 Time Warp: A look back at Grey Cups in Edmonton

TORONTO — The Canadian Football League announced on Monday that the 106th Grey Cup presented by Shaw is making its way to Edmonton in 2018.

From Anthony Calvillo leading the Alouettes to their second-straight Grey Cup in 2002 to the Winnipeg Blue Bombers’ complete domination of the Hamilton Tiger-Cats in 1984, here’s a look at all four championship games played at Commonwealth:

In the first Grey Cup played at Commonwealth Stadium, the Blue Bombers bombarded Hamilton to win the coveted trophy. Things started well for the Tiger-Cats after they jumped out to a 14-3 lead following the first quarter – Bombers’ quarterback Tom Clements was picked off twice and Hamilton returned both for touchdowns. After those two miscues, Winnipeg took over the game and scored 27 points in the second quarter on their way to the 47-17 victory.

Doug Flutie – the game’s Most Valuable Player – helped to orchestrate the Toronto Argonauts’ Grey Cup victory over the Saskatchewan Roughriders in 1997. After three quarters, the score was 41-9 for the Argos. The Roughriders tried for a comeback in the fourth – Mike Saunders hauled in a 51-yard score from Reggie Slack and Slack plunged one in himself – but it wasn’t enough and Toronto hung on for the 43-23 victory. 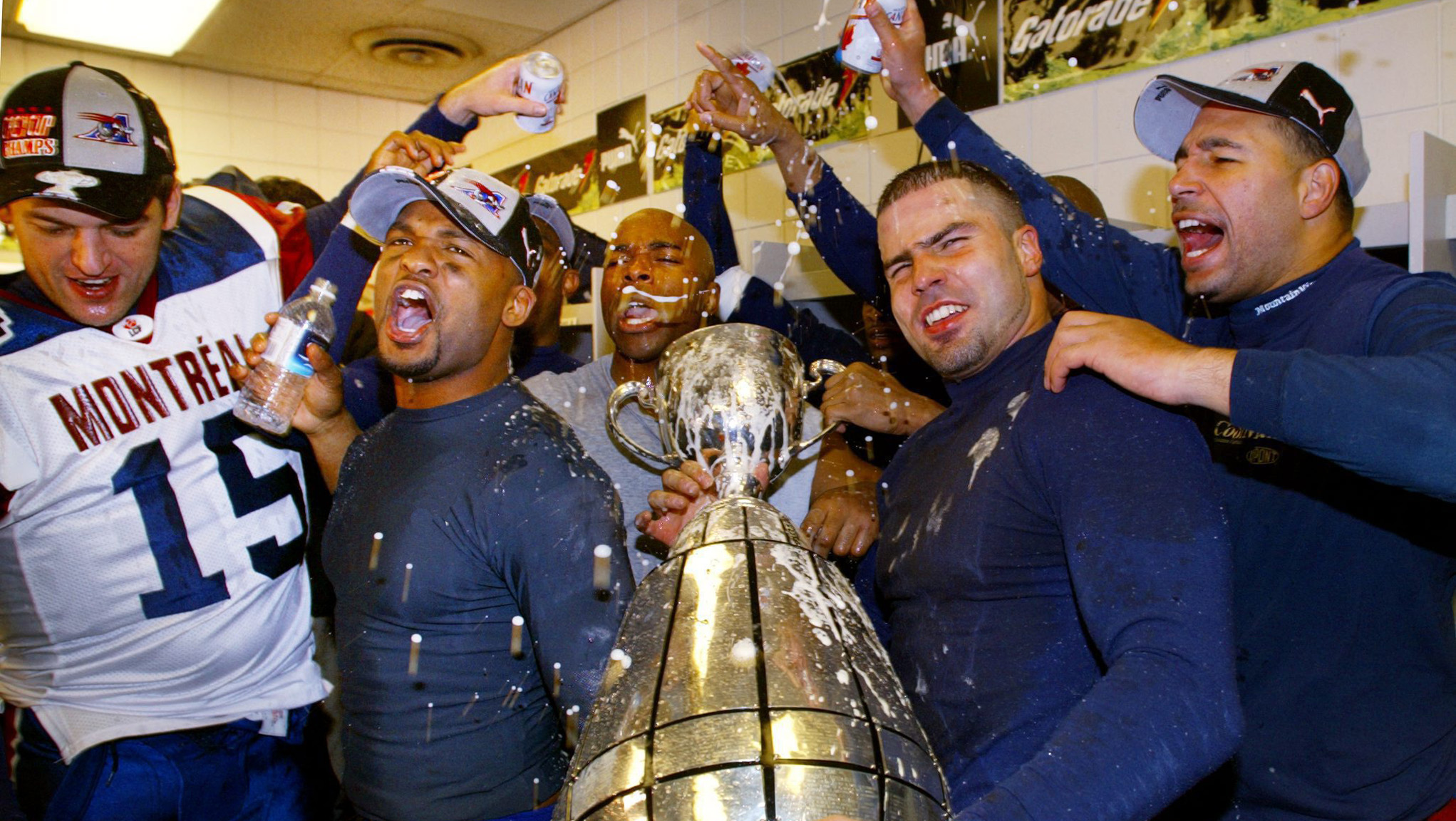 The Grey Cup in 2002 between the Montreal Alouettes and Edmonton Eskimos was the first all-Canadian CFL championship game to feature the host team since 1983. Montreal’s 25-16 victory over Edmonton – the 11th meeting between the two in a Grey Cup – was the Alouettes’ first Grey Cup win in 35 years. Ricky Ray tried to rally the Esks late in the fourth quarter – he connected with Ed Hervey for a 17-yard major score with 19 seconds left in reguation cutting the Als lead to 18-16. Edmonton then tried an onside kick but Montreal recovered the ball and scored a 47-yard touchdown sealing their victory. 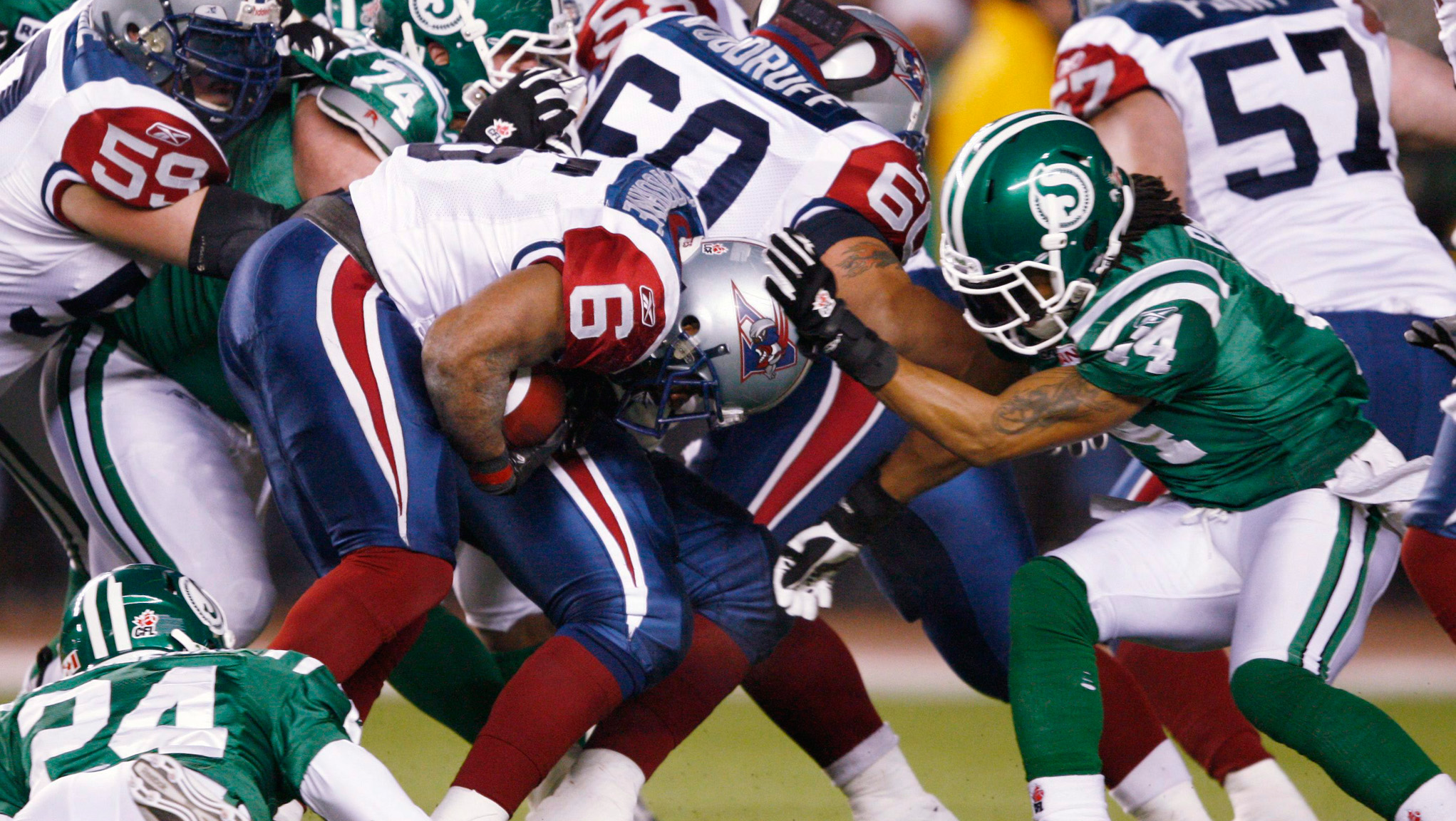 In a rematch of the 97th Grey Cup, the Montreal Alouettes defeated the Saskatchewan Roughriders to win their second Grey Cup in a row (The Canadian Press)

In a rematch of the 97th Grey Cup, the Alouettes took down the Roughriders for the second time in as many years becoming the first team in 13 years to win back-to-back Grey Cups. The Alouettes’ defence held Darian Durant and company at bay in the contest and let their offence do the rest as the Alouettes won 21-18. Montreal quarterback Anthony Calvillo won his third Grey Cup and his favourite target of the contest, Jamel Richardson, was named the Grey Cup MVP after his eight-catch, 109-yard performance.