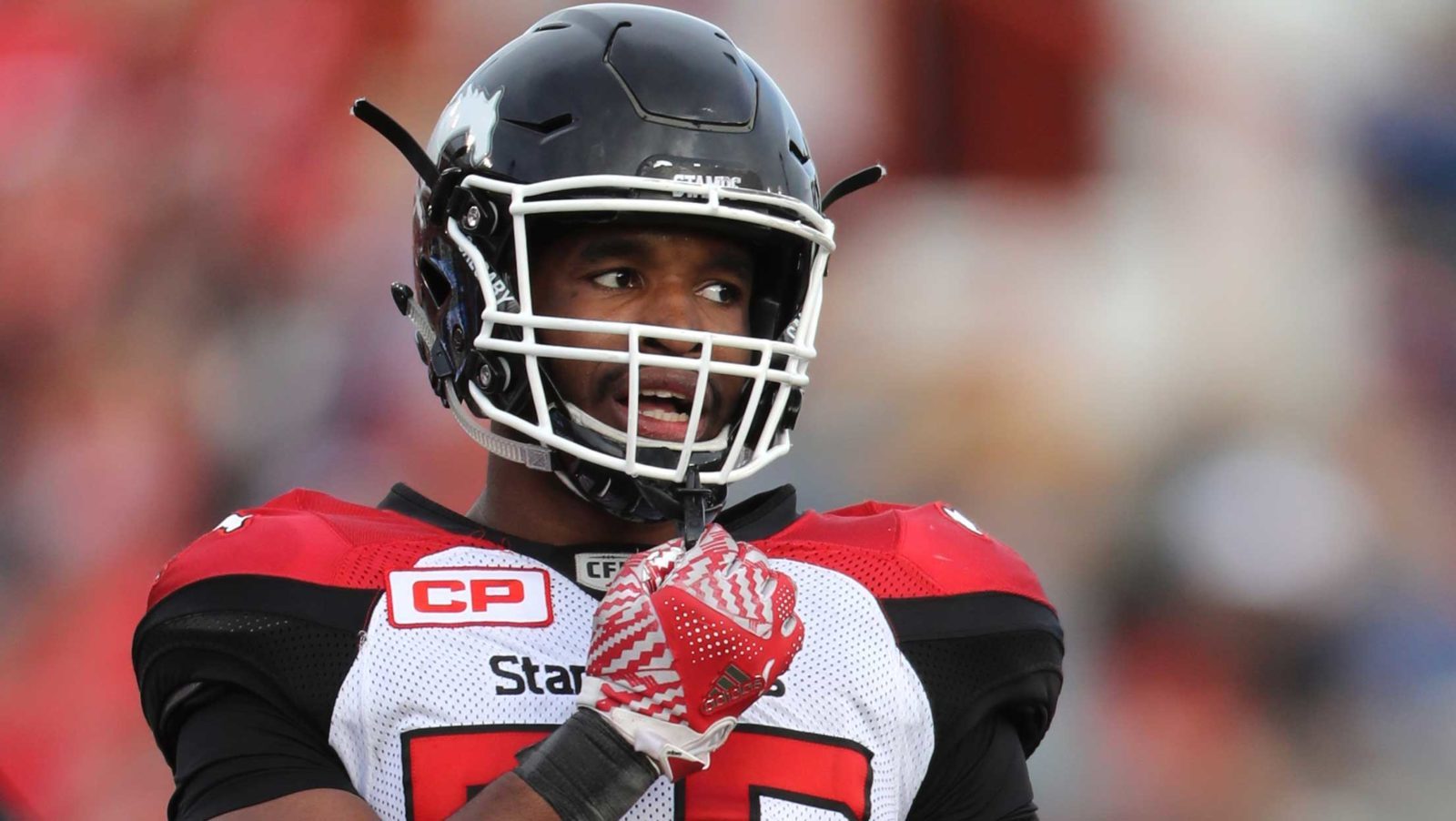 CALGARY — As a 195-pound grappler of some repute at Proviso West High School in Hillside, Illinois, Jameer Thurman is well versed in the art of the takedown.

After Tuesday, Keith Price certainly knows what it’s like to be slammed to the mat by the Stampeders’ linebacking hopeful.

“Third in the state,’’ recounted Thurman proudly of his senior year on the Proviso grappling team, inside a noisy Stamps’ locker-room following a 23-18 exhibition curtain-raiser over the B.C. Lions at McMahon Stadium. “I was looking for a state championship. But I was proud of the way my high-school wrestling career – my entire wrestling career – ended.

“I wrestled since I was seven.

“The technique translates over to football. It definitely helped me become a better football player.”

Thurman’s packed on another 20 pounds of muscle since those high-school days and added a lot of football saavy.

Price can be forgiven visualizing No. 56 in red bearing down with malice aforethought in his darkest dreams over the next few evenings.

“Just made the plays the coach put me into position to make,’’ said Thurman, as if that were the most simple thing in the world.

“I was nervous going in (to the game). I knew I was going to be playing a lot of special teams and defence, so my conditioning would be tested.

“But after my first tackle the jitters went away.”

The lucky recipient of Thurman’s second sack was the big man – 6-foot-1, 272-lb. – from Queen’s, Derek Wiggan, who pounced on the leftovers to experience every D-lineman’s dream: a touchdown.

Meaning lunch sometime soon, at the very least, is on Wiggin, right?

“Yeah,’’ laughed Thurman. “We were talking about it afterwards. He definitely does owe me something. I was right there, about to pick it up, then he came over and got it.

“But we got the touchdown out of it, so it’s all good.”

In a condensed time frame, Thurman has made quite an impression here.

“He was a late addition,’’ said Stamps’ coach Dave Dickenson afterwards. “We didn’t know a lot about him. But he’s steadily climbing up the depth chart; a guy that’s making a serious push. Our linebacking position got a little thinner with a couple injuries so Jameer is in line to at least be on the roster, if not playing a bit more.”

The transition to this three-down game with all the motion, bigger field and those limitless endzones has taken some getting used to.

“It’s a lot different,’’ Thurman conceded. “The game was way faster, the field being wider. There’s a lot of things. But I’m getting used to it during training camp so I think I’ve been picking it up pretty good.”

This opportunity actually makes the first time the 22-year-old has ventured outside U.S. borders.

“It’s been fun. I’m trying to get used to Canada. The currency, all the different stuff around here.”

Such as those crazy Loonies and Toonies.

“I was confused when I went to the gas station one time,’’ admitted Thurman, clearly amused. “I was getting my change back from the cashier and she gave me the gold coins. I said ‘Is this a dollar?’ And she said, ‘Yeah, it is.’