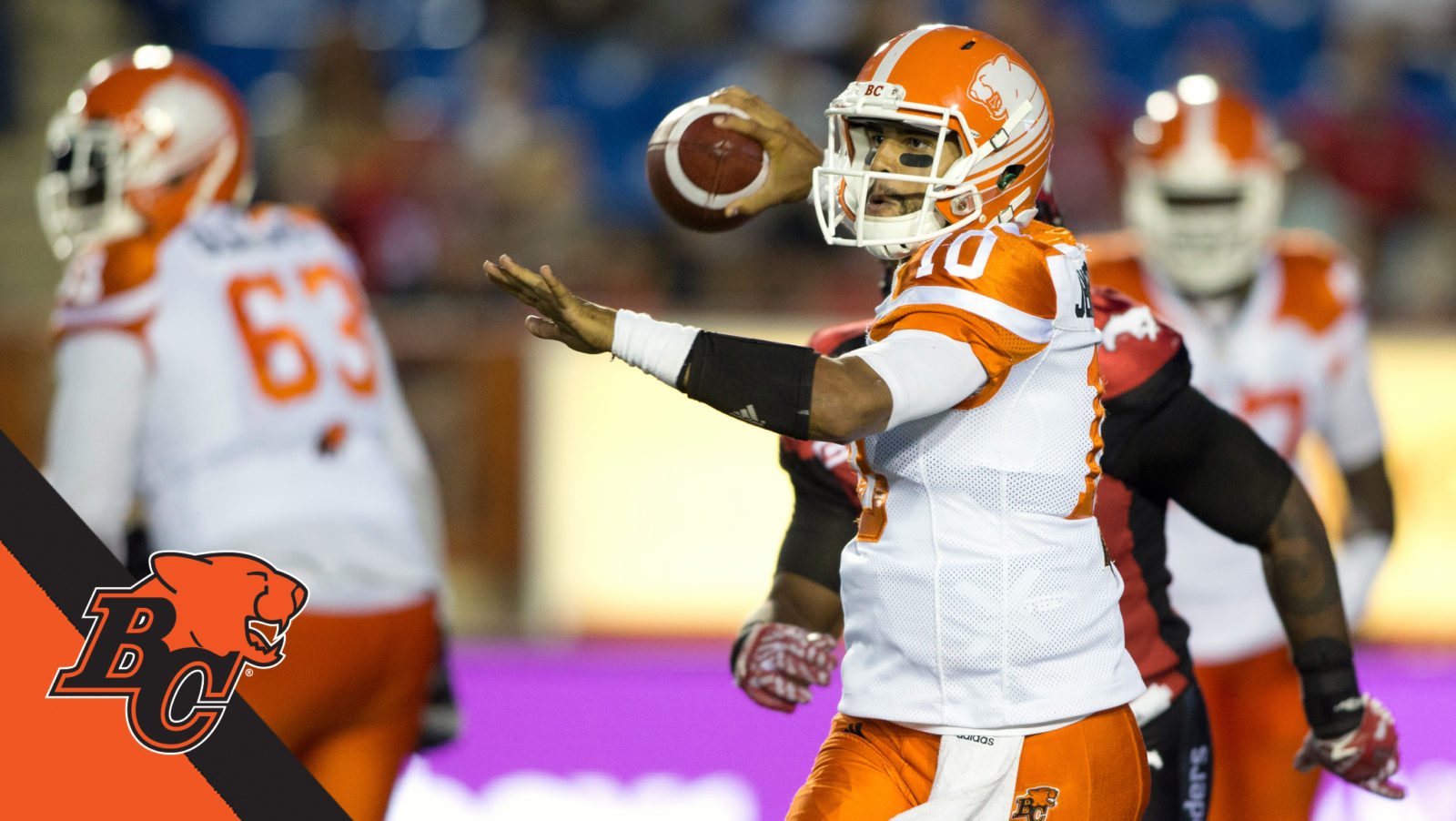 The Lions, whose 545 points made them the league’s third-highest scoring team, return with their offence nearly intact with quarterback Jonathon Jennings looking to follow up on his breakout 2016 campaign. While running back Jeremiah Johnson is also coming off a career year after helping British Columbia lead the CFL in total rushing yards, the presence of game-breaking wideouts Emmanuel Arceneaux and Bryan Burnham assure that lighting up the scoreboard will continue to occur at a prolific rate.

QUARTERBACKS: In just his second year in the league, Jennings became the fourth quarterback in franchise history to eclipse the 5,000-yard passing barrier, mauling opposing secondaries to the tune of 5,227 yards and 27 touchdown passes along with adding 363 yards and four touchdowns on the ground. At just 24 years old, Jennings is setting himself to become one of the CFL’s elite Fantasy players.

What makes Jennings more impressive is his ability to go up top. No one completed more passes of 30 or more yards than Jennings last season, who achieved the feat 40 times. His ability to quickly amass yards with one whip of his arm makes him a solid threat to hit the 300-yard barrier consistently. Experience will help Jennings become a more effective runner who should be good for at least 4-6 rushing touchdowns this season. 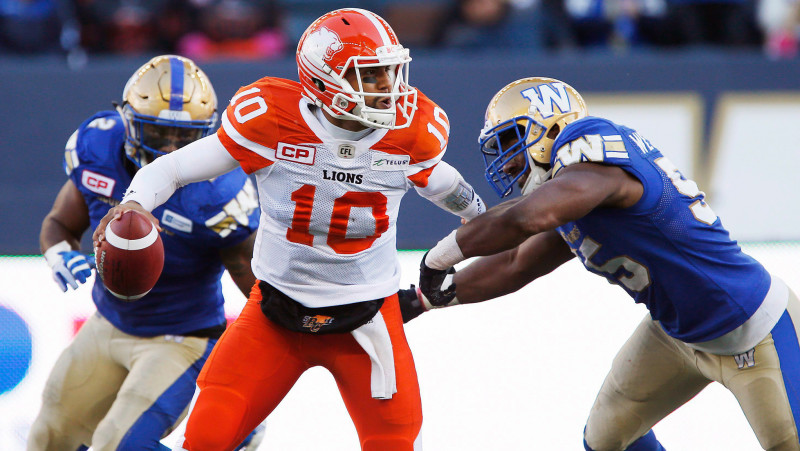 Veteran Travis Lulay returns to BC for his ninth season as the backup to Jennings. The two-time 4,000-yard passer with 104 career touchdown passes will be the top option if Jennings were to be sidelined for significant time. Alex Ross, who rewrote the passing record book at Coastal Carolina and went to training camp with NFL’s Atlanta Falcons in 2016, appears to have unseated Keith Price as the Lions’ third QB after Price was released.

RUNNING BACKS: Entering 2016, Johnson had totaled 896 career rushing yards over three seasons with the Argonauts and REDBLACKS. Signed by the Lions to enhance backfield depth, Johnson seized the bulk of the carries from Anthony Allen and finished fifth in the league in rushing with 809 yards. Johnson eclipsed the 100-yard barrier five times, including a career-best 159 yards versus the Alouettes. He rushed for at least 70 yards in two other games and was fifth in the CFL with seven rushing touchdowns.

Although 30 years of age, Johnson hasn’t experienced a heavy workload since his college days at Oregon, so Fantasy owners should feel confident plugging him into their backfield most weeks. He caught just 12 passes but averaged nearly 11 yards per reception. That type of explosiveness should make Johnson a more frequent target of Jennings this season. With Allen (436 yards, three touchdowns) departed back to Saskatchewan, the race to back up Johnson appears to be wide open.

Chris Rainey, the Lions’ return specialist, averaged a staggering 8.6 yards per carry on just 36 attempts, including a 56-yard run that proved to be BC’s longest of the season. He also remains a dangerous receiver (252 yards), but the Lions intend to limit his touches from scrimmage. That could open the door for Shaquille Murray-Lawrence to have a more prominent role than last season when he had just 17 carries and two receptions. Newcomers Tyler Davis and Josh Harris will have to work their way into becoming factors.

SLOT BACKS/WIDE RECEIVERS: The sight of Arceneaux lining up in the slot will continue to send shutters upon opposing defensive backs as he comes off a career-year that saw him hit individual highs in catches (105) and yards (1,566) to go along with a league-best 13 touchdown receptions. At 6-foot-2, 210 pounds, Arceneaux is bigger than most slots, which usually gives him favorable matchups. He will be an expensive addition to Fantasy rosters, but with 30 touchdowns and 12 games of at least 100 yards over the past three seasons, Arceneaux is entrenched among the best pass catchers in the league.

Burnham broke out in his third season, reeling in 79 passes for 1,392 yards and three scores, and he led the CFL with both a 17.6 yards per catch rate and in receptions of 30-plus yards (15). He should continue to benefit greatly from the attention focused on Arceneaux, yet will have to prove 2016 wasn’t a fluke. Speed burner Chris Williams replaces the retired Shawn Gore and could give the Lions a lethal dose of explosiveness if his torn ACL (sustained late in the regular season with the REDBLACKS) is fully recovered. Veteran Nick Moore will seek to hold off a host of newcomers, including Danny Vandervoot, the third overall selection in last month’s draft. 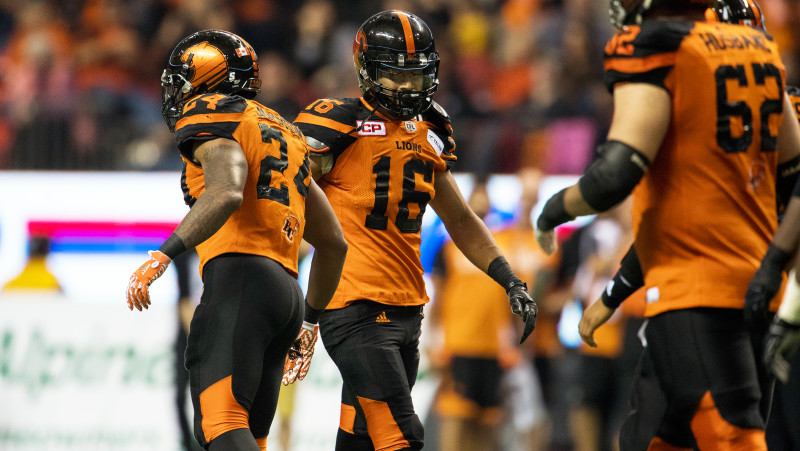 After a career year, Bryan Burnham will have to prove his 2016 campaign was no fluke (The Canadian Press)

The receiving corps got an unexpected boost with the presence of Fred Biletnikoff, the Pro Football Hall of Fame receiver for the Oakland Raiders who also played briefly with the Alouettes after finishing his NFL career. Biletnikoff is a longtime friend of Lions coach/general manager Wally Buono.

DEFENCE/SPECIAL TEAMS: Rainey led the CFL with 1,359 kickoff returns yards and was third in punt return yardage (942). He’s a constant threat to score and makes having the Lions’ D/ST a worthwhile play. BC shared the league lead in sacks (52, tied with the Stampeders) and should be among the league’s leaders again with the presence of defensive tackle Alex Bazzie, whose team-best 11 sacks also tied for fourth among individual defenders. Linebacker Solomon Elimimian had a career-high eight QB takedowns while end Craig Roh has 13 sacks (seven in 2016) in his first two years in the league and could emerge as a potential breakout candidate.

The Lions can get to the passer, but their secondary must make the most of it, as BC was last in the CFL with just nine interceptions. Mike Edem, who tied with Anthony Gaitor with two picks last season, was traded to the Roughriders in March. If the team can find a ballhawk in the secondary, the value of their defence would certainly be enhanced.