Checking Down: Law could be lost for season 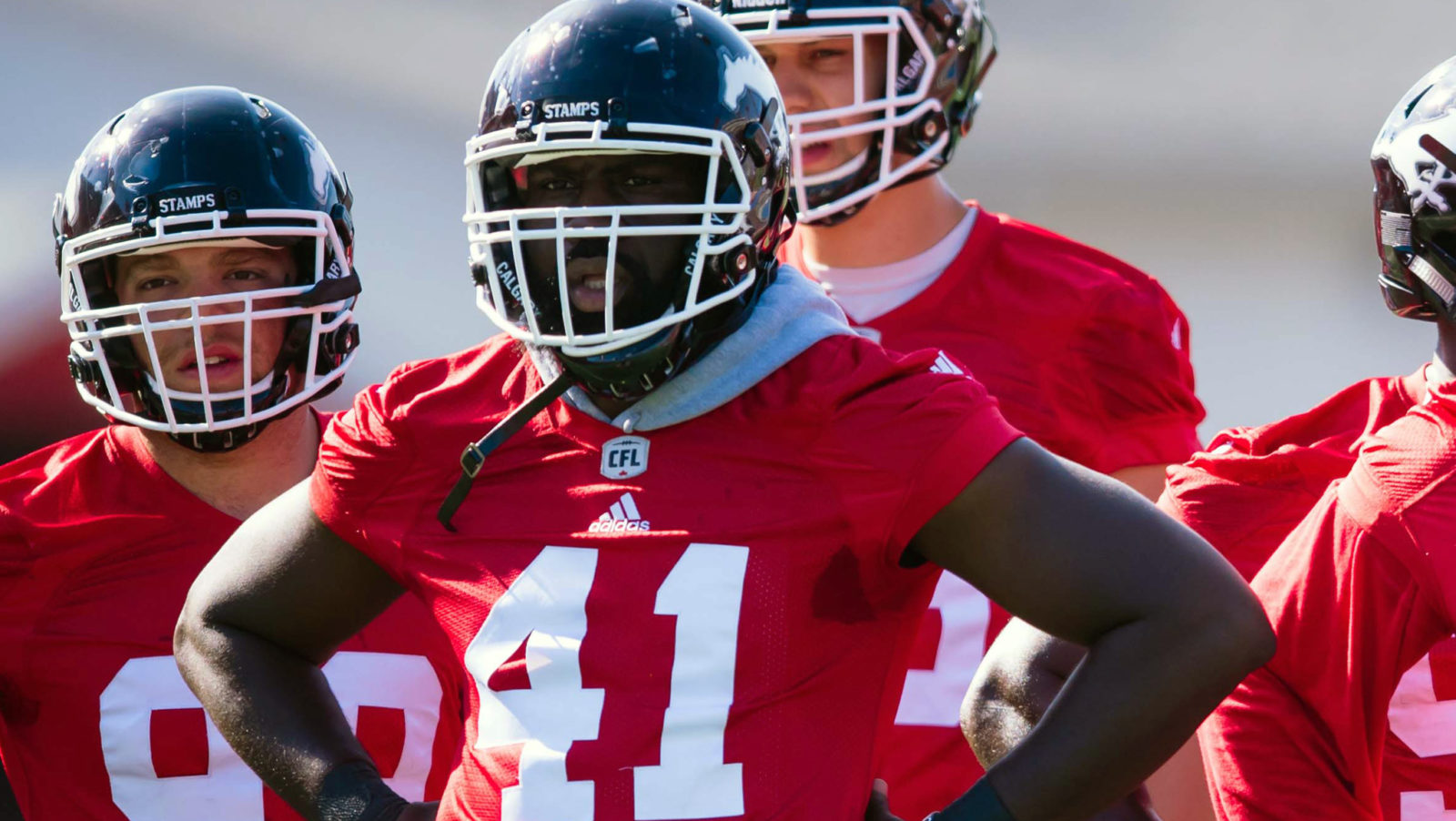 Checking Down: Law could be lost for season

TORONTO — The first week of pre-season revealed plenty, but not all is clear across nine CFL camps.

Star defenders Deron Mayo and Emanuel Davis are questionable for Week 1 while Cordarro Law could be sidelined for the season. Meanwhile, quarterback contests in Winnipeg and Hamilton are picking up steam.

With kickoff a week away, we’ve got the latest on injuries and position battles heading into the second week of pre-season. More in this week’s Checking Down:

– With the release of Cameron Ontko, it appears that Micah Awe may just be the frontrunner to jump into Adam Bighill’s old spot at WILL (Steve Ewen, Vancouver Province).

– While he’s reaching the twilight of his career, Travis Lulay believes he’s got plenty left to contribute as a CFL quarterback (Ed Willes, Vancouver Province).

– Junior Luke and Jordan Herman are off to good starts in camp, but who else? Matt Baker has 13 first-year players who have stood out (Matt Baker, BCLions.com). 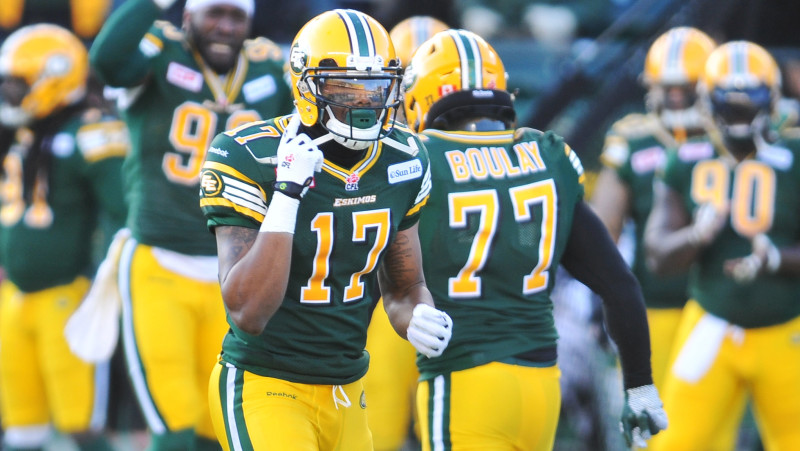 An early camp injury frustrated Shamawd Chambers, who’s back in Green and Gold (The Canadian Press)

– The Eskimos have released Aston Whiteside, who spent training camp on the suspended list due to passport issues (Gerry Moddejonge, Edmonton Journal).

– According to Dave Campbell, Nate Behar’s chances of joining the Eskimos this season are diminishing as the first round pick remains without a contract (Dave Campbell, CHED).

– After a potential game-winning conversion slipped through his hands, Anthony Barrett can’t wait to redeem himself for the Esks (Gerry Moddejonge, Edmonton Journal). 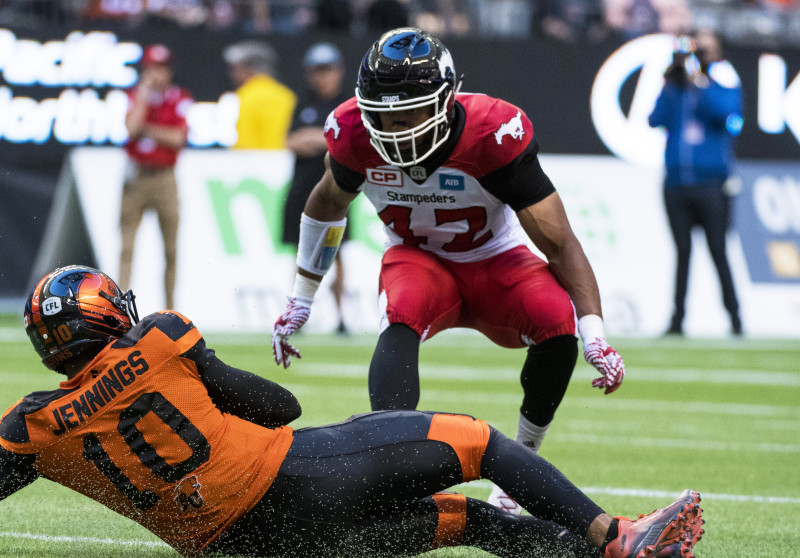 – According to Farhan Lalji, the Stamps could be without Cordarro Law for the entire season after he suffered a broken ankle and ligament damage (Farhan Lalji, TSN).

– Injured Stamps linebacker Deron Mayo (knee) is back on the practice field but is unsure of his status for the season-opener on June 23 (Rita Mingo, Calgary Herald).

– First he lost his grades, then his degree. From there, DaVaris Daniels paved his path to the CFL. His story is the latest in this month’s Long Read (Jeff Krever & Kristina Costabile/CFL.ca).

– The man charged in the shooting death of Joe McKnight is scheduled to go to trial in August (The Canadian Press).

– While Derek Dennis has returned to practice, Samuel Eguavoen had an MRI on an injured ankle and DB Zavian Bingham is expected to be sidelined 2-3 weeks. OL Brendon LaBatte and Josiah St. John haven’t practised since the pre-season opener (Murray McCormick, Regina Leader-Post).

– If  a hamstring injury keeps Kienan LaFrance out in Week 1, the Riders plan to start an American at running back — Anthony Allen and Cameron Marshall being the leading options (Murray McCormick, Regina Leader-Post).

– After tempers boiled over at Bomber practice on Monday, Weston Dressler lightened the mood when he showed up at Tuesday’s session wearing boxing gloves (Ted Wyman, Winnipeg Sun).

– In the battle for the No. 2 quarterback job, Dominique Davis and Dan LeFevour did little to create separation, both playing well in a tie vs. Saskatchewan (Ted Wyman, Winnipeg Sun).

– Kevin Fogg’s return to practice has been a welcome addition for the Bombers. He’ll play DB and potentially team up with rookie T.J. Thorpe in the return game (Ed Tait, BlueBombers.com).

– With Matt Johnson out and Everett Golson injured, the battle is on for the third-string quarterback job in Hamilton (Steve Milton, The Hamilton Spectator).

– While the Tabbies expect Abdul Kanneh back soon, there’s concern that Emanuel Davis, currently on the suspended list, might not be ready for the regular season (Drew Edwards, The Hamilton Spectator) 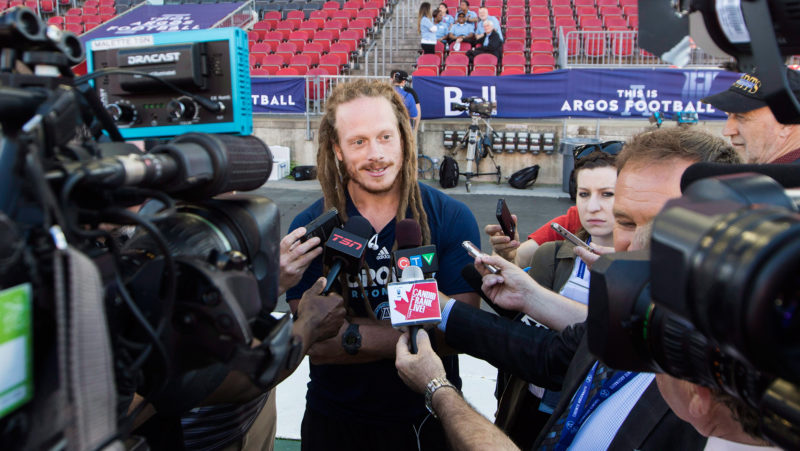 – Argos’ receiver Chandler Worthy has made a strong impression at Argos camp and remains in the running to return kicks this season (Frank Zicarelli, Toronto Sun).

– With six potential defensive starters having dreadlocks, including new addition Bear Woods, ‘the dreaded D’ could be the moniker that sticks for the Argo defence this season (Frank Zicarelli, Toronto Sun). 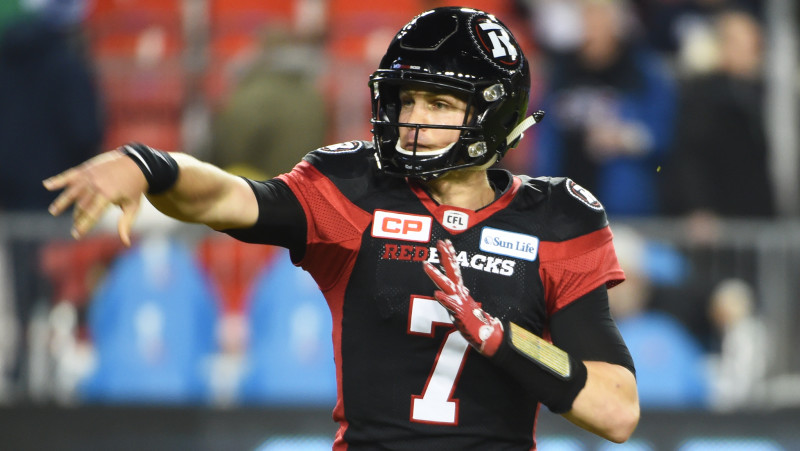 Trevor Harris may not accompany the REDBLACKS to Montreal for the pre-season finale (Adam Gagnon/CFL.ca)

– Trevor Harris says that for the first time in his life, he’s feeling like a veteran (Tim Baines, Ottawa Citizen). 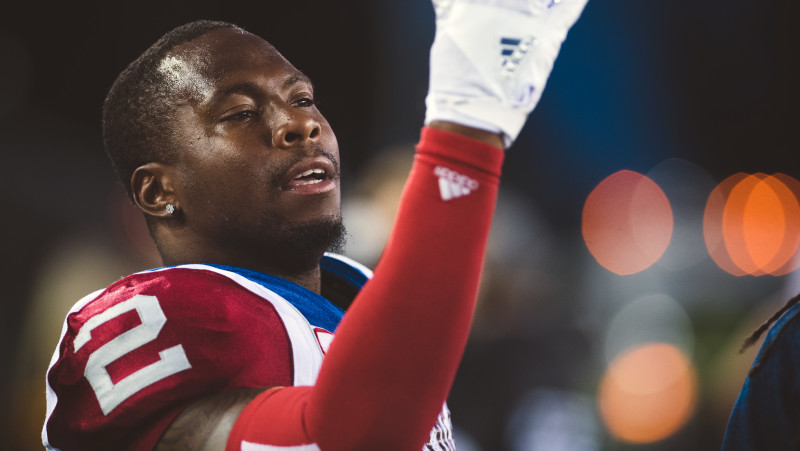 Jovon Johnson is battling for his spot on Noel Thorpe’s defence (Johany Jutras/CFL.ca)

– Jovon Johnson’s roster spot with the Als could be in jeopardy as he continues to practise with the second team (Herb Zurkowsky, Montreal Gazette).

– Josh Freeman reportedly worked out for the Als before practice and impressed Kavis Reed with a good workout and a strong arm (Didier Orméjuste‏, RDS).

– Jacques Chapdelaine could be splitting playing time between his running backs Tyrell Sutton and Chris Rainey in an unusual way this season (Herb Zurkowsky, Montreal Gazette).

– The Als’ head coach says that both Darian Durant and Matt Shiltz will play in the pre-season finale while one of Vernon Adams Jr. and Jacory Harris may not see the field. Shiltz, he added, has a shot at the No. 2 job over Adams (Didier Orméjuste‏, RDS).