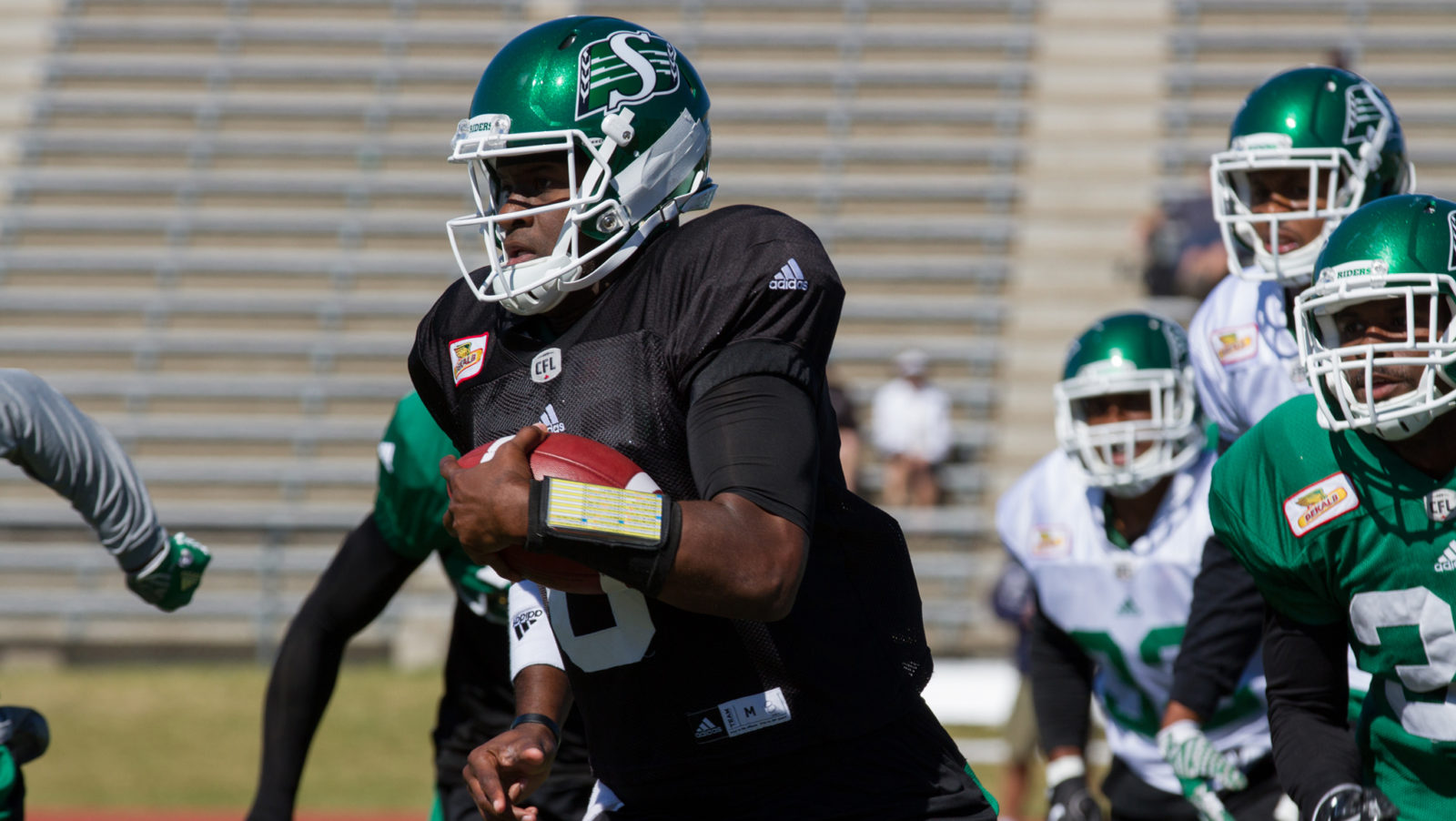 Young’s agent, Leigh Steinberg, tweeted the news earlier on Saturday while the Riders later sent out a release that revealed a number of cuts, including the former NFL quarterback.

#VinceYoung suffered a torn hamstring in training camp w @sskroughriders which needs time to heal and he has been waived. @TexasFB

The 34-year-old suffered a torn hamstring during practice two weeks ago at Griffiths Stadium on the University of Saskatchewan campus. After the Riders ruled he could miss up to six weeks, he did not play in either of the team’s pre-season contests.

Young pulled down the football and scrambled for a first down during a double-barrel session, but then pulled up lame, walked off the field and sat down on the ground. He left shortly afterward, walking to the locker room with a member of the training staff.

Young signed in the off-season with the Riders as he attempted to re-ignite his football career while battling a group of five quarterbacks all vying for the no. 1 spot.

The Riders also announced 19 additional cuts on Saturday ahead of the 10 p.m. deadline. Veteran running back Anthony Allen, offensive lineman Jarriel King and another quarterback in Bryan Bennett were among those released along with receivers Joe Craig and Thomas Mayo.

Saskatchewan opens its season on Thursday, June 22 with a visit to Montreal.

Follow CFL.ca’s cut down day tracker as all nine teams reduce their roster on Saturday ahead of the regular season.