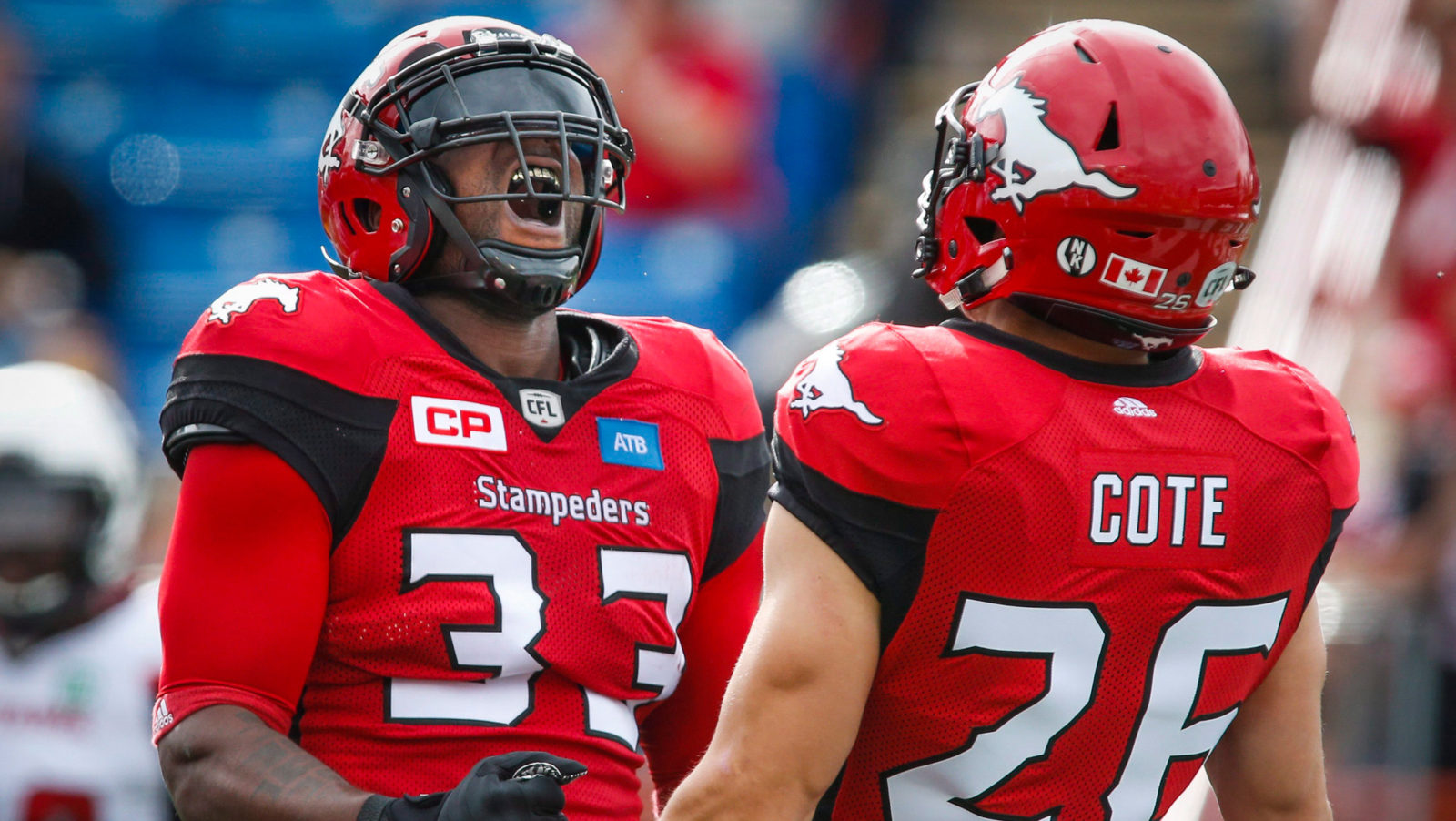 TORONTO — The weather is getting warmer, the days are getting longer and that means CFL football is right around the corner.

The Nissan Titan Power Rankings return and, to no one’s surprise, the dominant Calgary Stampeders of 2016 have topped the list.

While it is early, and a lot can happen once the teams hit the field in Week 1, let’s take a look at where each club shakes down in this kickoff edition:

With the 2016’s best record at 15-2-1, there’s no question that the Calgary Stampeders are the ones to watch in 2017. With the heartbreak of last year’s Grey Cup loss behind them, the Stamps, and 2016’s Most Outstanding Player Bo Levi Mitchell, are hungry to make it all the way once again.

With one of the league’s brightest up and coming stars, Jonathon Jennings, and the addition of Chris Williams to an already potent offence, the BC Lions are poised to continue their success from 2016. The Leos ended last season with the league’s second best record – just behind the Calgary Stampeders – and will be looking to build on that in 2017.

The reigning Grey Cup Champions will have a bit of a new look when they kickoff their 2017 season. With Henry Burris retiring after the victory late last November, Trevor Harris will head into the season as the bonafide starting quarterback. Two of Ottawa’s four 1000-yard receivers also left the nation’s capital, making room for two younger wideouts, Kenny Shaw and Diontae Spencer.

Edmonton heads into 2017 with depth at quarterback – James Franklin impressed in his pre-season contests and will be an admirable second-string to Mike Reilly. 2016’s leading receiver Adarius Bowman will be Reilly’s favourite target of 2017 while Brandon Zylstra and Chris Getzlaf will also be looked upon to catch passes. Will losing Derel Walker take its toll?

The Hamilton Tiger-Cats made a few off-season moves – re-signing Emanuel Davis and inking former REDBLACK Abdul Kanneh – that helped arguments that they have one of the best secondaries in the Canadian Football League. With a healthy Zach Collaros, the Tiger-Cats offence should thrive as they hope to avenge their early playoff exit in 2016.

The Winnipeg Blue Bombers start the season on a Week 1 bye, giving them an extra week of rest. Whether it’s a blessing or a curse, the Bombers, led by Matt Nichols and their ball-hawking defence, will get their first crack at the field in Week 2.

Optimism is in the air in Montreal as the new-look offence composed of former Rider Darian Durant and Ernest Jackson hit the field in 2017. Changes have also come on the defensive side of the ball for the Als – with big-namers Bear Woods and Winston Venable headed out of Montreal – as GM Kavis Reed and Head Coach Jacques Chapdelaine look to start a new era of football.

With the off-season hiring of Marc Trestman and Jim Popp, the Toronto Argonauts have made a lot of changes to their roster in hopes of turning around their 5-13 2016 campaign. Ricky Ray will be looked to under centre for the Argos this season and Bear Woods will lead the charge on defence.

The Saskatchewan Roughriders made a few splashes this off-season, picking up 2016’s Most Outstanding Lineman Derek Dennis and the flyin’ Hawaiian Chad Owens during free agency. Duron Carter also made his way into the Rider green as Saskatchewan hopes to turn its last-place 2016 season into a winning one this year.