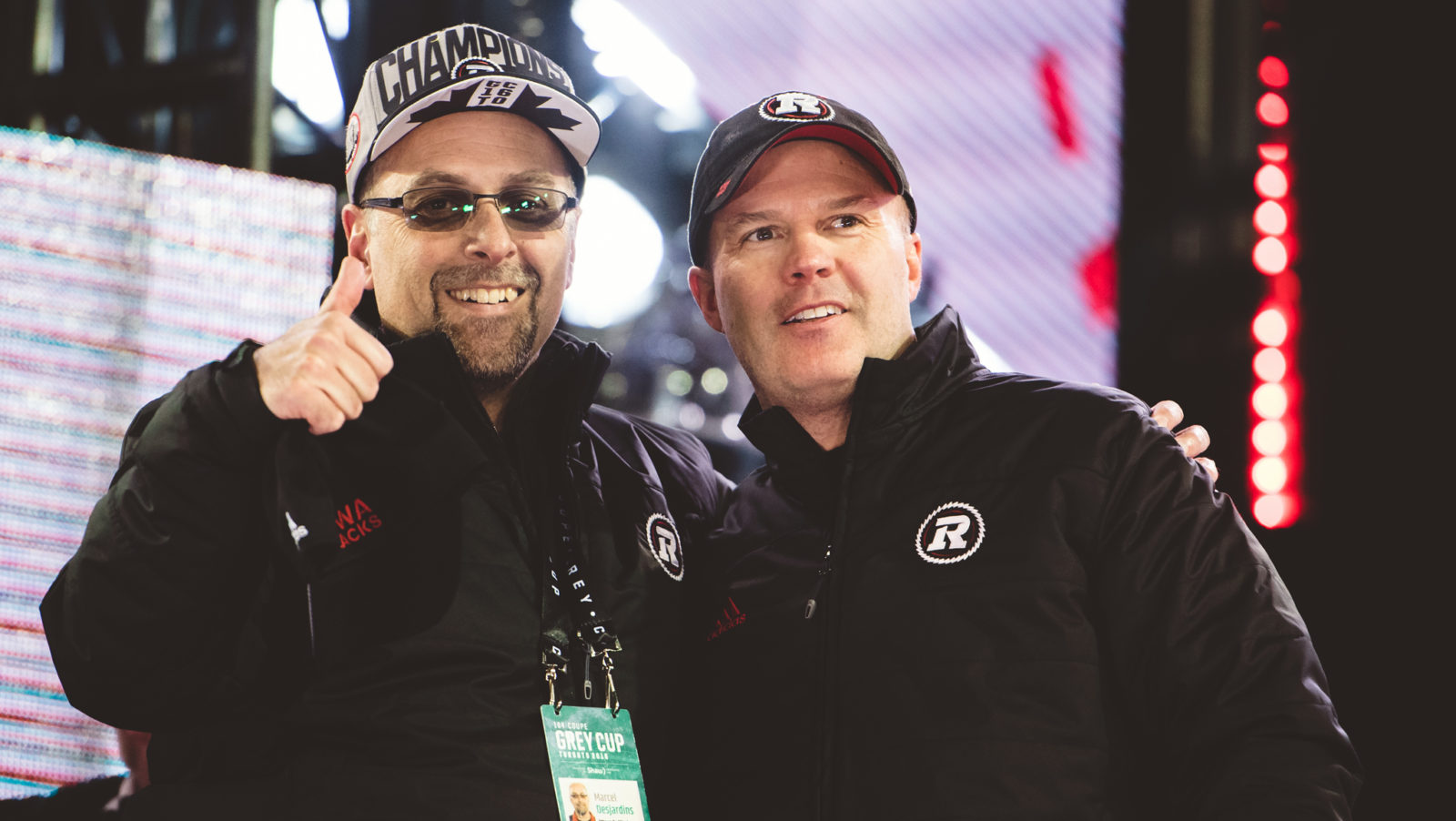 OTTAWA — The Ottawa REDBLACKS have locked up their coach and GM battery through 2020, the team announced Wednesday, signing Rick Campbell and Marcel Desjardins to new deals.

“The results speak for themselves,” said Jeff Hunt, president of the REDBLACKS’ parent company OSEG Sports. “Marcel and Rick have taken the team to the Grey Cup championship game in each of the last two seasons. They’ve shown exemplary skills assembling and leading our football operations department and making the REDBLACKS a model franchise in the CFL.

“Having stability in both of these roles is a tremendous asset to have – we’re proud of their work and delighted that they’ll both be with us for at least the next four seasons.” 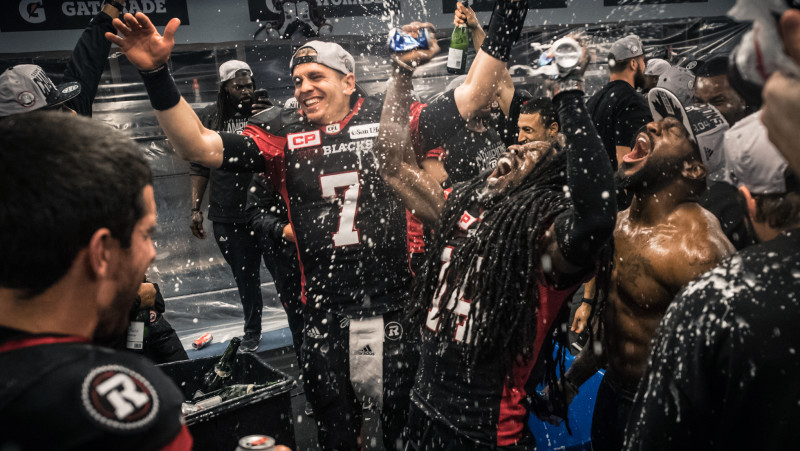 The REDBLACKS celebrated a Grey Cup Championship in just their third season in the league (Johany Jutras/CFL.ca)

Desjardins and Campbell joined the REDBLACKS prior to their expansion season in 2014 and built the team from the ground up. They assembled a scouting staff and coaching staff and acquired all players that have ever worn the sawblade “R” since the team’s inception.

For Desjardins, taking the job in Ottawa came with its fair share of pressure considering the ghosts of football’s past.

“If we’d have messed up with the return of the REDBLACKS to Ottawa, it probably would have been the last time,” said Desjardins. “There’s pride in having played a part in doing that, in having accomplished a lot in a short period of time.

“The biggest is just having been able to bring CFL football back to the nation’s capital.”

Desjardins also credits his coach, Rick Campbell, for the team’s success. The extensions ensure that one of the league’s most successful coach-GM combinations remains intact.

“It goes back to the main reason I hired him in the first place,” said Desjardins. “Whether we’re 2-16, 12-6, or 8-9-1 and winning the Grey Cup, he’s the same person day in, day out. That’s not easy to do in an environment that can be as volatile as football.”

After defeating the Calgary Stampeders in last year’s Grey Cup Championship, the REDBLACKS take on the Stamps in a rematch in Friday night’s season-opener at TD Place.