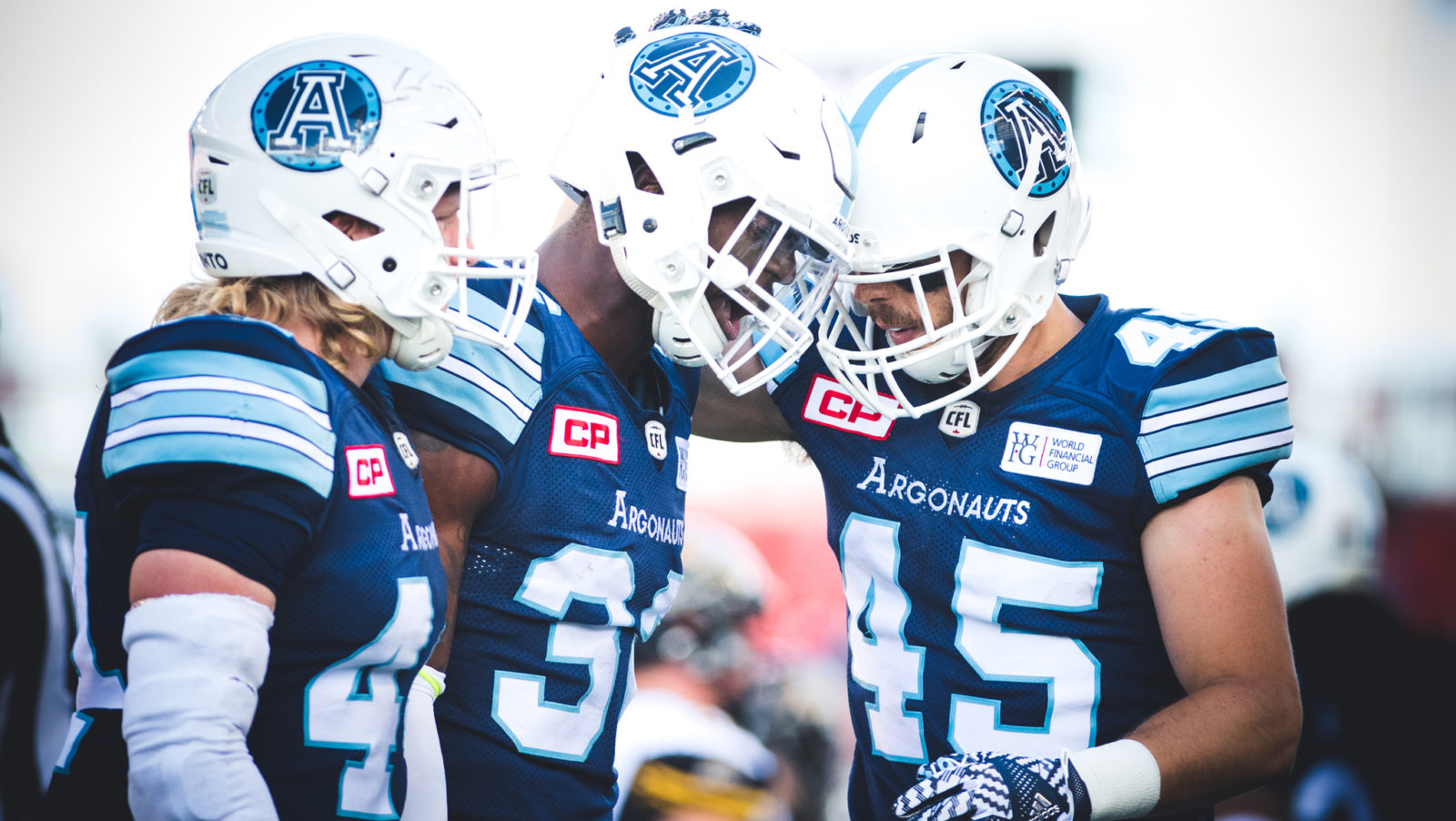 Ray threw for 506 yards in his team’s Week 1 victory over the Hamilton Tiger-Cats as the Argos won their first game under new head coach Marc Trestman.

The Edmonton Eskimos jumped one spot after their last-second victory over the BC Lions, but will they continue their rise? Meanwhile, the defending Grey Cup Champion Ottawa REDBLACKS also moved up one spot following a tie with the Calgary Stampeders.

Bo Levi Mitchell and his Calgary Stampeders remain at the top of the Nissan Titan Power Rankings after their Week 1 performance against the Ottawa REDBLACKS. The Grey Cup rematch did not disappoint as overtime couldn’t solve a tie between these two evenly matched teams. Mitchell relied heavily on his reliable target in Marquay McDaniel – who caught 114 yards in the contest. The two clubs meet once again this week in Calgary.

Ottawa jumped one spot last week as the REDBLACKS started their season off with a tie against the Stampeders – the fourth time in six games between the two teams that ended in a deadlock. Trevor Harris settled in nicely as the REDBLACKS’ starting quarterback, passing for 300 yards and three touchdowns and will be looking for his team’s first win next week against the Stampeders.

With 40 seconds left on the clock, Esks’ quarterback Mike Reilly orchestrated the game-winning series to set up Sean Whyte’s field goal as time expired. Reilly relied on running back John White, who rushed for 104 yards, and new comer D’haquille Williams, who recorded 110 yards on four receptions, as Edmonton’s potent offence flexed their muscles in the victory. The win didn’t come without a loss, however, as linebacker J.C. Sherritt left the contest with a ruptured Achilles and will miss the rest of the 2017 season.

The BC Lions fell to the Edmonton Eskimos in Week 1 and fell two spots in the Power Rankings. Jeremiah Johnson and Travis Lulay scored both of the Lions’ major scores while Jonathon Jennings threw 264 yards in the loss. BC heads to Toronto on Friday to take on the Argonauts looking to nab their first win of 2017.

It didn’t take long for the Toronto Argonauts to record their first victory under new head coach Marc Trestman. The Argos offence shredded the Tiger-Cats secondary as Ricky Ray passed for a career-high 506 yards and three receivers caught over 100 yards in the 32-15 victory. Toronto’s defence was also impressive in the win – as a unit they kept Zach Collaros and company in check not allowing a single offensive touchdown.

Winnipeg had a week of extra rest as the team had a Week 1 bye before they get their season started in Week 2 against the Saskatchewan Roughriders. The Blue Bombers will be looking to keep their success from 2016 rolling by start their season off with a win at the opening of the new Mosaic Stadium on Canada Day.

Darian Durant recorded his first win as an Alouette last week, taking down his former team 17-16. Durant tossed two touchdown passes, finding B.J. Cunningham and Ernest Jackson for the major scores. Jonathon Mincy led the way on defence for Montreal, collecting an interception and two knockdowns as the Alouettes remain in the same position this week in the power rankings.

With key players missing from the lineup – Abdul Kanneh and Emanuel Davis did not dress on Sunday afternoon and Terrence Toliver left the contest early with a lower body injury – the Hamilton Tiger-Cats fell to their East Division rivals in Week 1. Zach Collaros and Hamilton’s offence struggled against a tough Argonauts’ defence. The Ticats also had trouble containing Ricky Ray and his aerial attack as Hamilton fell three spots this week in the power rankings.

Kevin Glenn got into a groove in his first game back as a Roughrider, completing 31 of 44 passes for 298 yards and touchdown. That touchdown pass was to Bakari Grant, Glenn’s second favourite target of the afternoon. His first was not Duron Carter as many would have suspected but Nic Demski, who caught a team-high 87 yards on seven receptions. The Riders now look ahead to this week where they will host the Winnipeg Blue Bombers in the opening game at the new Mosaic Stadium.