In case you needed some reasons… Here’s just a few:

The party was getting started a little early across the Atlantic:

Who better to be the ambassador for Canada while in England… SMILIN’ HANK of course. Henry showing off his inner Canadian with some good ‘ol Ball Hockey:

Let’s not forget about the Canadians who showcase their talents, week in and week out 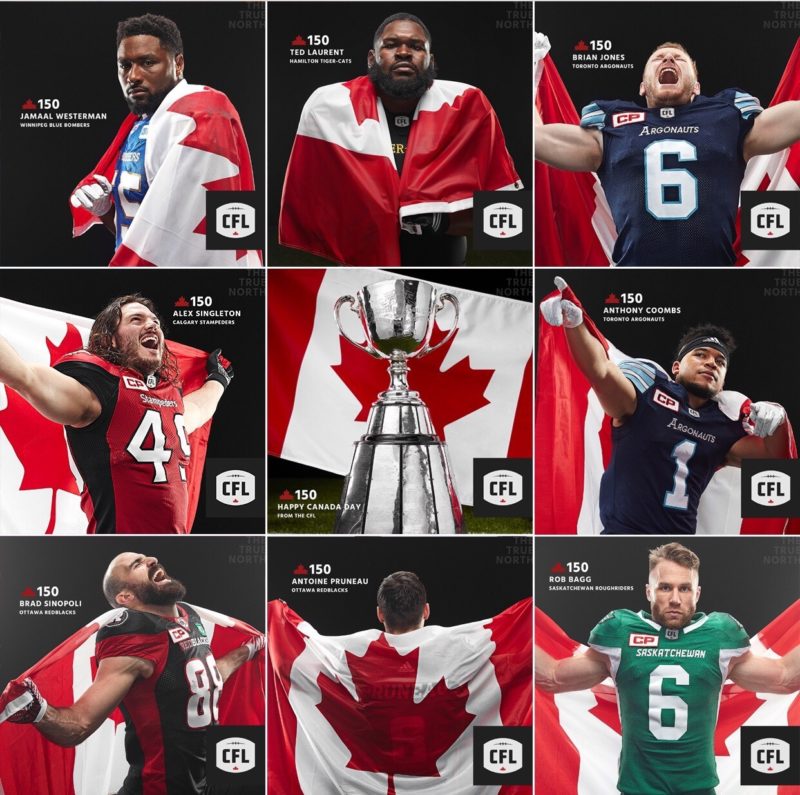 A message from the Nation’s capital from a some happy Canucks:

Some love from our teams:

Happy 150th ! And Happy Canada Day to all of you awesome fans across our beautiful country. So proud to play in this great league. pic.twitter.com/XF5xAkn22c

Happy birthday, Canada.
This is where we’re from, and we couldn’t be more proud. #Canada150
| https://t.co/RezPqPPBbM pic.twitter.com/MQoRdB2TSz

Happy #CanadaDay from your Saskatchewan Roughriders!

Now if you’ll excuse us, we have a home opener to attend to!#Canada150 #RiderPride pic.twitter.com/ErBwi9NOhe

We’re getting some love from down south in Lexington, Kentucky:

On #CanadaDay, let’s give a shout out to our former Wildcats in the @CFL: @CaliDQ; @yours_truly4, @jordan_swindle & Cory “C.J.” Johnson! pic.twitter.com/2Omn3XecqS

We even ran into some friends celebrating just before they take center stage at the All England Club:

Look who we ran into in London… @TennisCanada

Wishing you the best of luck @Wimbledon #Canada150 #BringItIn pic.twitter.com/Lq4p82HdLD

Happy 150th! #CanadaDay2017 another year I’m happy to be living in ottawa and hanging with #rnation today! Have a great one!

Just a little over 2 hours away #Riderville…

We stand on guard for thee.

We had a close game at half:

Just like that we have a close game at HALF:

This game could only end one way…