Nye: Loss a mere footnote on historic night at Mosaic 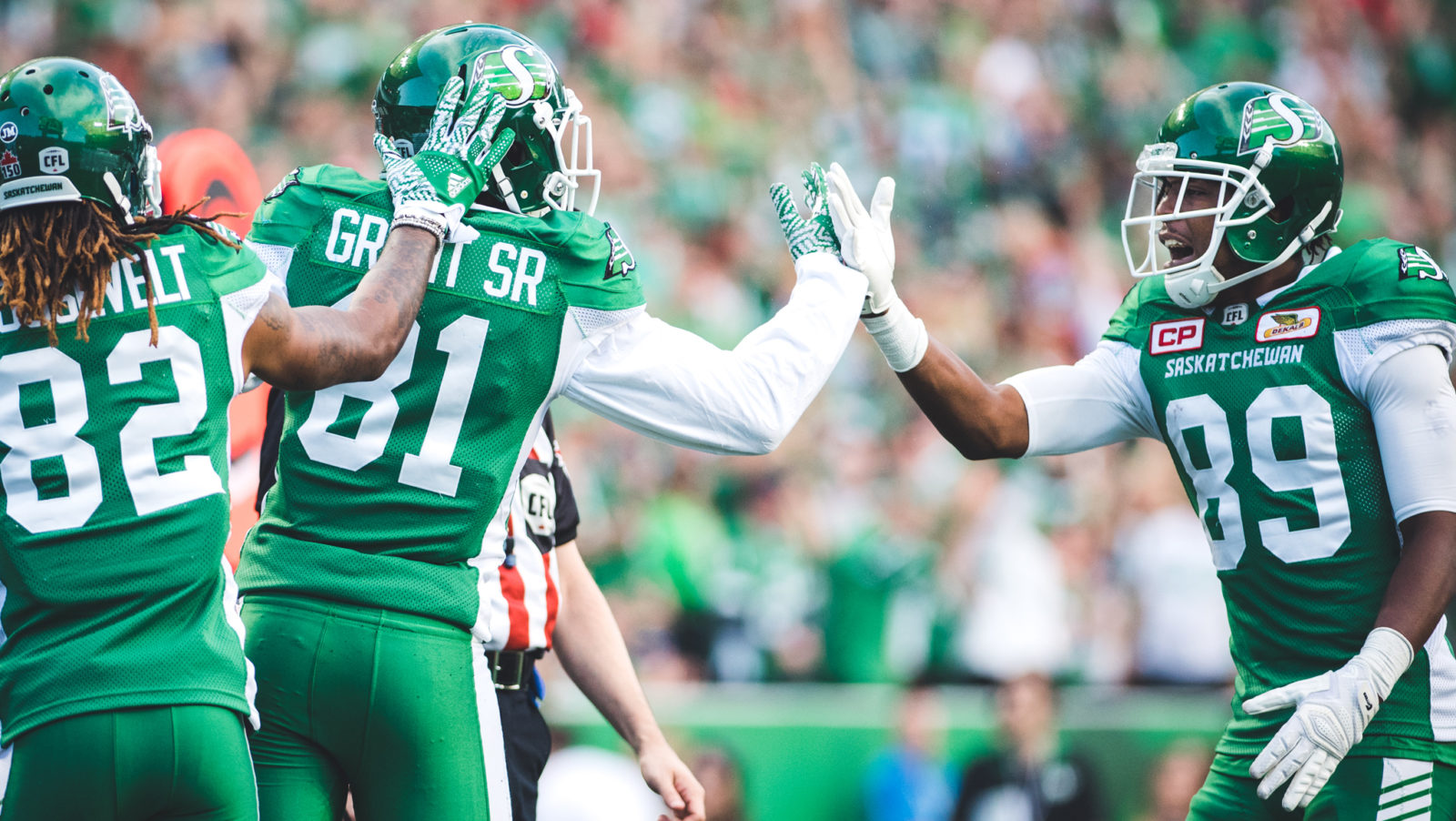 Nye: Loss a mere footnote on historic night at Mosaic

A ball bouncing off the field goal post was all that prevented Saskatchewan from a perfect Saturday night.

The province and city opened up the new place to play for provinces beloved Roughriders. The designers, builders and investors hit it out of the park for this place, now it’s the team’s job to put a matching product on the field.

On this night, people couldn’t find any flaws in the new Mosaic Stadium. Finding flaws in the 2017 Saskatchewan Roughriders are a little easier to spot.

But the fans were promised a state of the art facility and a much more competitive team. 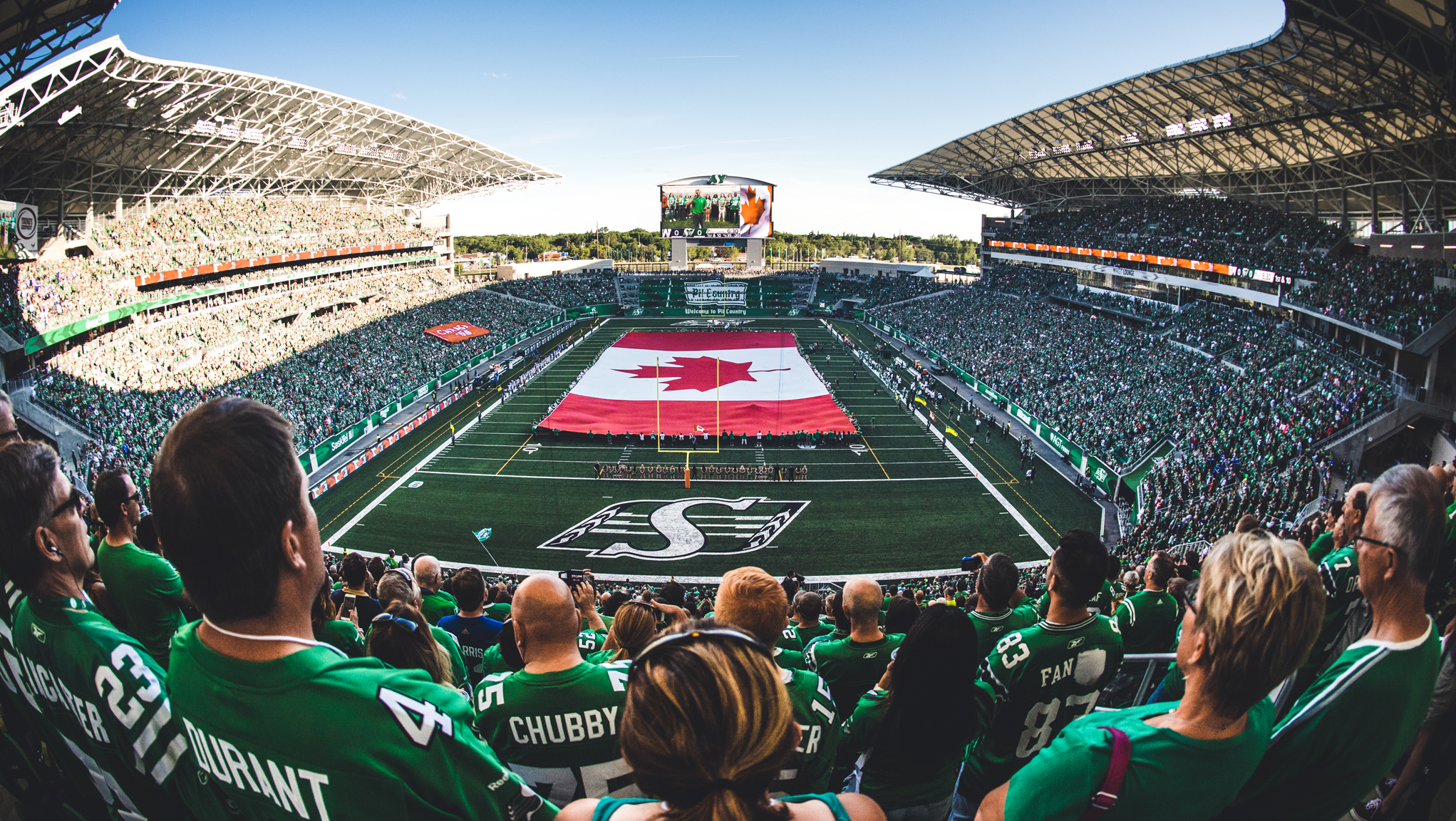 The Saskatchewan Roughriders welcomed fans to the opening of the new Mosaic Stadium on Canada Day (Johany Jutras/CFL.ca)

The facility is one point. As for the team, yes, it’s more competitive but at some point competitive means piling some more wins on the board than the five registered through Chris Jones’ 20 games as the boss.

Earlier this season, they’ve been right there at the end. Both games they have had a chance to win with the last possession and both times have come away with losses.

Tyler Crapigna is the first guy people bring up when it comes to serving blame. The young kicker missed the game winning field goal in week one but there is plenty of blame to go around.

Consider this, Crapigna has only missed two kicks this season between field goals and converts. Of the seven kickers who have played two games this season, only Sean Whyte and Boris Bede have missed less (one each).

Who else on the Roughriders can say they’ve only made two mistakes this season, through two games?

Heck, even the head coach would concede he’s had more than that.

Yes, Crapigna’s misses have been magnified because they have come at the end of the game but he made two clutch kicks on Saturday before the miss in double overtime.

The Riders’ secondary, meanwhile, had as many leaks as the team’s offices at the old stadium.

I counted seven (at least) blown coverages. Four of them led to touchdowns for the Winnipeg Blue Bombers and two others were receivers open in the end zone that were just missed and ended with field goals for the opposition. Those two plays are converted and Tyler Crapigna would be off the hook and fans are leaving the stadium a lot more frustrated than they were on Saturday night.

The team had plenty of players falling on the sword after the game, even Jones, as most coaches would, was trying to pull the goat horns off of his kicker.

Defensive back Ed Gainey was honest about his need to play better and continue to take on a leadership role in the secondary. There were too many communication issues between players and even problems getting play calls from the sideline.

That’s where Jones comes in. The defensive coordinator, as well as head coach among other titles, admits he’s playing a little more conservative than his usual tenancies to try to bring the younger members of the secondary (two rookies and a sophomore) along.

Jones has opted more four and three man rushes than customary in his aggressive defensive philosophy. That is allowing opposing quarterbacks to have more time to find the holes in the zone coverages on the back end. And as we’ve already covered, there were plenty of holes to find.

On the offensive side of the ball, quarterback Kevin Glenn was more than willing to raise his hand in the blame game.

Two interceptions, his three now lead the league early, led to six Winnipeg points. Points the Riders could ill afford to give up in a game that ended as close as it did.

Overall, the fans didn’t leave as crestfallen as they had many times last season. There are signs of hope that the team on the field will soon match the first rate facility they call home.

The offensive line is improved, the defensive line can be a force and the receiving corps is among the best in the league.

On a night when the man who won the Riders the Grey Cup in 1989 opened the new stadium with a kick, the final score wasn’t too hard to see the irony in.

43-40 was the final that fateful night in ’89, and again in the Riders opener with Dave Ridgway doing the opening kickoff honour.

They also honoured the 13th man with a giant flag being unfurled and maybe the biggest cheer of all was for the man so many adore in the community, George Reed.

The star fullback from the 60s and 70s, who was on hand for the stadium opening despite not being of the greatest health of late. A stadium he would be the first to say this community and this team deserves.

And in the end, the final score and who wore the goat horns and who won will be a footnote for a historic night.