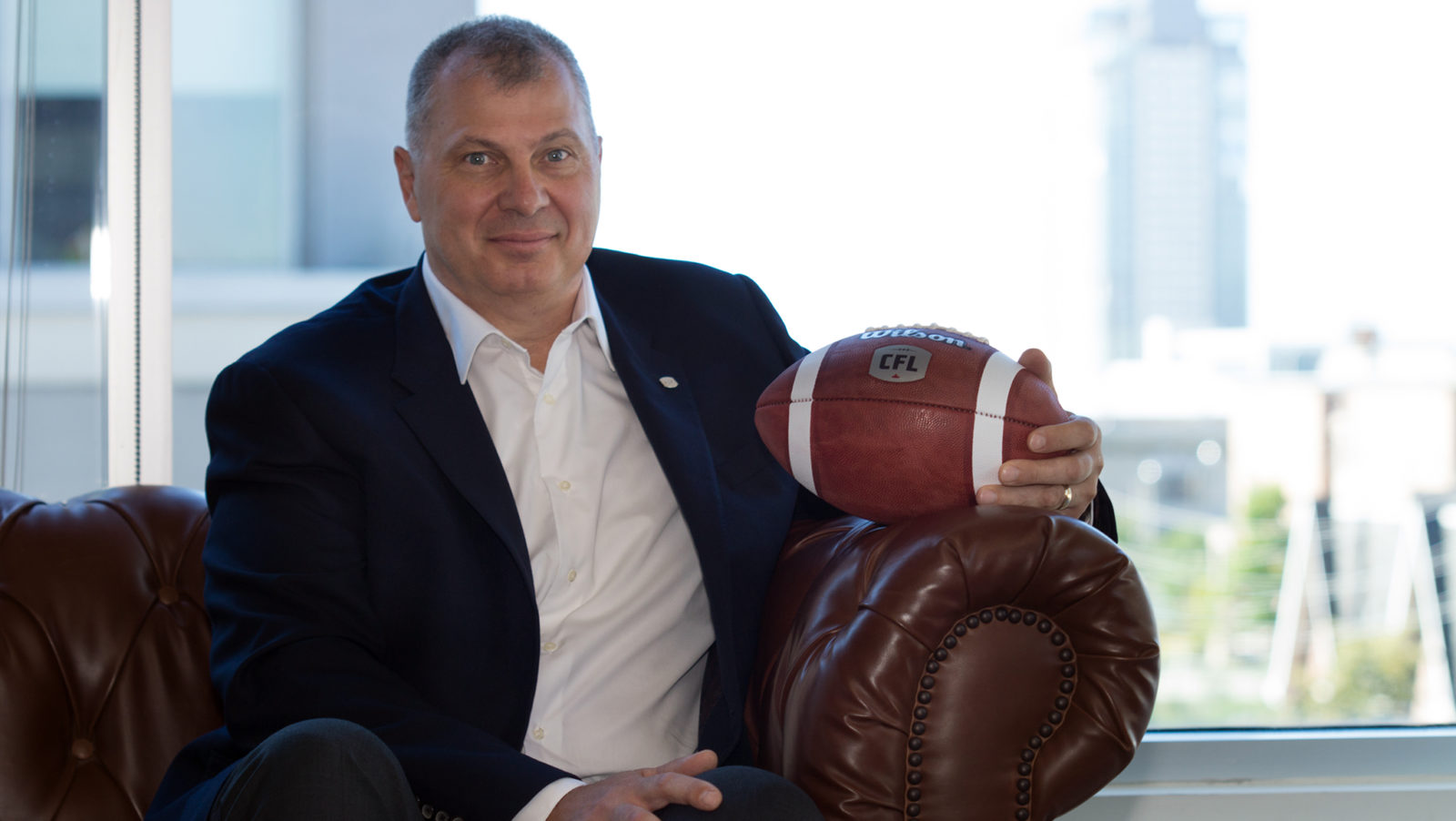 The 54-year-old Winnipeg native’s appointment was approved last night in a special meeting of the league’s Board of Governors.

“It’s an honour to be afforded this opportunity to work on behalf of our Governors, our teams and, most importantly, our fans as our league’s Commissioner,” Ambrosie said.

“My professional life has been marked by my passion for Canadian football and my passion for building businesses. It’s a dream come true to be able to combine these on behalf of the CFL, which means so much to so many Canadians.”

Jim Lawson, Chairman of the CFL’s Board of Governors, said Ambrosie emerged as the top candidate in the league’s search for a new Commissioner.

“Randy really has it all. He was a top player who overcame setbacks and injuries to become a champion. And he is a leading executive who has succeeded in the world of business and finance,” said Lawson.

“He has a deep love for the CFL, understands and respects its players and coaches, enjoys strong ties to its partners, and he has a strong appreciation for the fans who make all we do possible.”

Lawson thanked a selection committee of league governors for facilitating the search.

Ambrosie won the 81st Grey Cup in 1993 as an offensive lineman with the Edmonton Eskimos, after also playing for the Toronto Argonauts and Calgary Stampeders during a CFL career that spanned nine seasons. It was the Stamps who made him the second overall pick in the 1985 CFL Draft out of the University of Manitoba, where he earned All-Canadian honours and a Bachelor of Commerce degree.

He served two years as secretary of the Canadian Football League Players’ Association before working as a Managing Director at CIBC Wood Gundy, a District Manager with Merrill Lynch Canada, and a Manager and Financial Advisor at Midland Walwyn.

In 2004 Randy joined AGF Funds Inc. and went on to become the President of AGF Funds in 2007.  During his tenure AGF became the fastest growing independent fund company in Canada.

In 2012, Ambrosie joined MacDougall, MacDougall and MacTier, where he helped re-energize Canada’s oldest investment company as its President and Chief Executive Officer. The firm was successfully sold last year.

“I know from experience that football is the ultimate team sport,” Ambrosie said.  “I’m confident that by working together, we can ensure this great league reaches its full potential. Let’s get to work.”