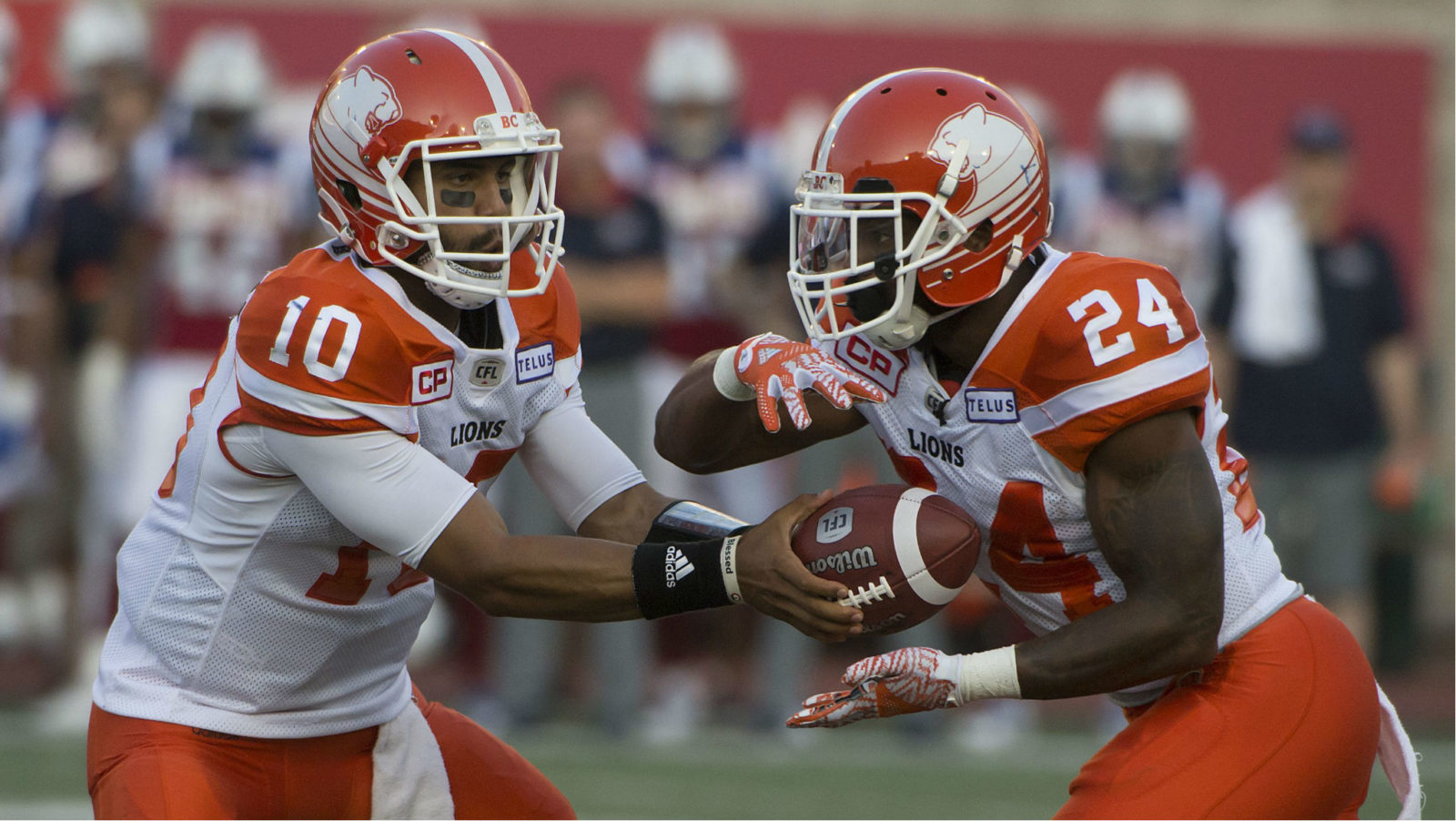 MONTREAL — After the BC Lions’ 23-16 victory over the Montreal Alouettes on Thursday night there was no question about who made the biggest impact. Lions running back Jeremiah Johnson made plays all game long on the ground and through the air, finishing with 102 total yards and two touchdowns.

Johnson even secured a big catch down the sidelines where he looked more like a wide receiver than a running back.

“Jeremiah is an insane player,” said Lions quarterback Jonathon Jennings after the win. “He has insane skills; it’s tough to stop him. He’s a great player and he does so much for us and I’m just excited to watch him every single week.”

In a game where the score was repeatedly tied up and neither team dominated, the Lions simply ended up making more big plays than the Als. And while Jennings hasn’t had the best start to the season under centre, the Lions now have a 2-1 record.

“It feels great to win,” Jennings said. “That’s all that matters is winning the game and we found a way to do it.”

Jennings felt positive about the direction he and his team were heading in after Thursday night’s road victory.