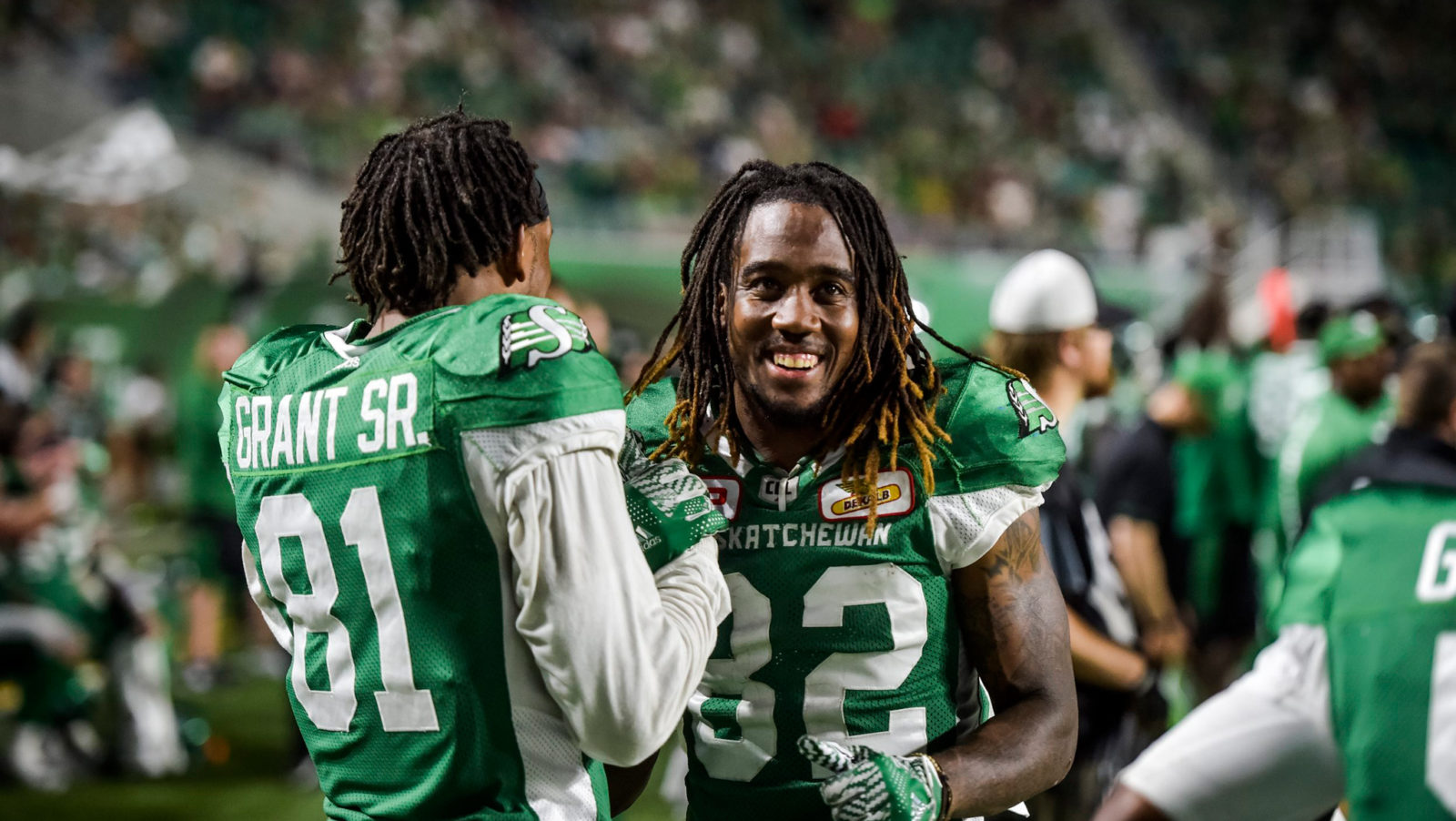 TORONTO — After winning their first game of 2017, the Saskatchewan Roughriders jumped two spots in the Nissan Titan Power Rankings.

The Toronto Argonauts moved up two spots this week after defeating the Ottawa REDBLACKS and solidifying first place in the East Division, but can they continue their rise? Meanwhile, the Lions moved up after their Week 2 performance.

The Stampeders continued their dominance in Week 3, defeating the Winnipeg Blue Bombers and earning their second win of the 2017 season. It was Calgary’s second half adjustments that sealed the deal – scoring 20 points in the final two quarters. The Stampeders now head to Montreal this week looking to keep their hold on the top of the West with a win over the Alouettes.

Although the Edmonton Eskimos spent Week 3 on a bye, the team moved up a spot in the Power Rankings. Mike Reilly and co. will be searching to keep their perfect record alive when they get back to the field and host the Ottawa REDBLACKS this week.

Jeremiah Johnson’s impressive outing in Week 3 (two touchdowns and 102 total yards) helped lead the Lions to a victory over the Alouettes and move up one spot in the Power Rankings. The Lions’ potent offence – that includes Jonathon Jennings, Emmanuel Arceneaux and Bryan Burnham – now has the chance to expose a struggling secondary in Hamilton this week when they take on the Tiger-Cats.

The Toronto Argonauts moved into first place in the East Division – and up two spots in the Power Rankings – with their victory over the REDBLACKS in Week 3. Ricky Ray continued to impress this season as he tossed his 300th touchdown pass late in the game to newcomer DeVier Posey. The squad will be looking to keep their success going when they head to Winnipeg this week for a match with the Blue Bombers.

Just a single point separated the REDBLACKS and Argonauts on Saturday night. The 2016 Grey Cup Champions have yet to nab a win this season – a tie in Week 1 followed by a narrow loss in Week 2 have left Trevor Harris and his squad frustrated to say the least. Perhaps Week 4 is the week that the REDBLACKS find the win column as they visit Edmonton and the Eskimos.

The Winnipeg Blue Bombers’ offence struggled in Week 3 – scoring just 10 points in the second quarter. Pivot Matt Nichols tossed two interceptions in the loss while also passing for 267 yards and a lone touchdown. Hosting the Toronto Argonauts this week, the Blue Bombers will look to get back on track looking for their second win of the 2017 season.

The Riders’ first win of the 2017 season was a complete dominance over the Hamilton Tiger-Cats. The offence roared at new Mosaic Stadium – Kevin Glenn threw for 380 yards and two majors and rushed in two more on the ground while Naaman Roosevelt caught 167 yards. Saskatchewan’s defence also shone in the victory – the front seven never allowed Ticats’ QB Zach Collaros to get comfortable in the pocket and the secondary held Hamilton’s receivers in check.

The Montreal Alouettes fell to the BC Lions in Week 3 but still find themselves second in the East Division. The Als have a tough task this week if they want to move to .500 as they play host to the Calgary Stampeders.

Coming off a Week 2 bye, the Ticats needed a bounce-back performance from their lackluster outing in Week 1. However, the Tabbies struggled against a surging Riders team. With injuries to Terrence Toliver and their All-Star corners, Hamilton will need to figure out how to gel together when they host a red-hot BC Lions squad this week.