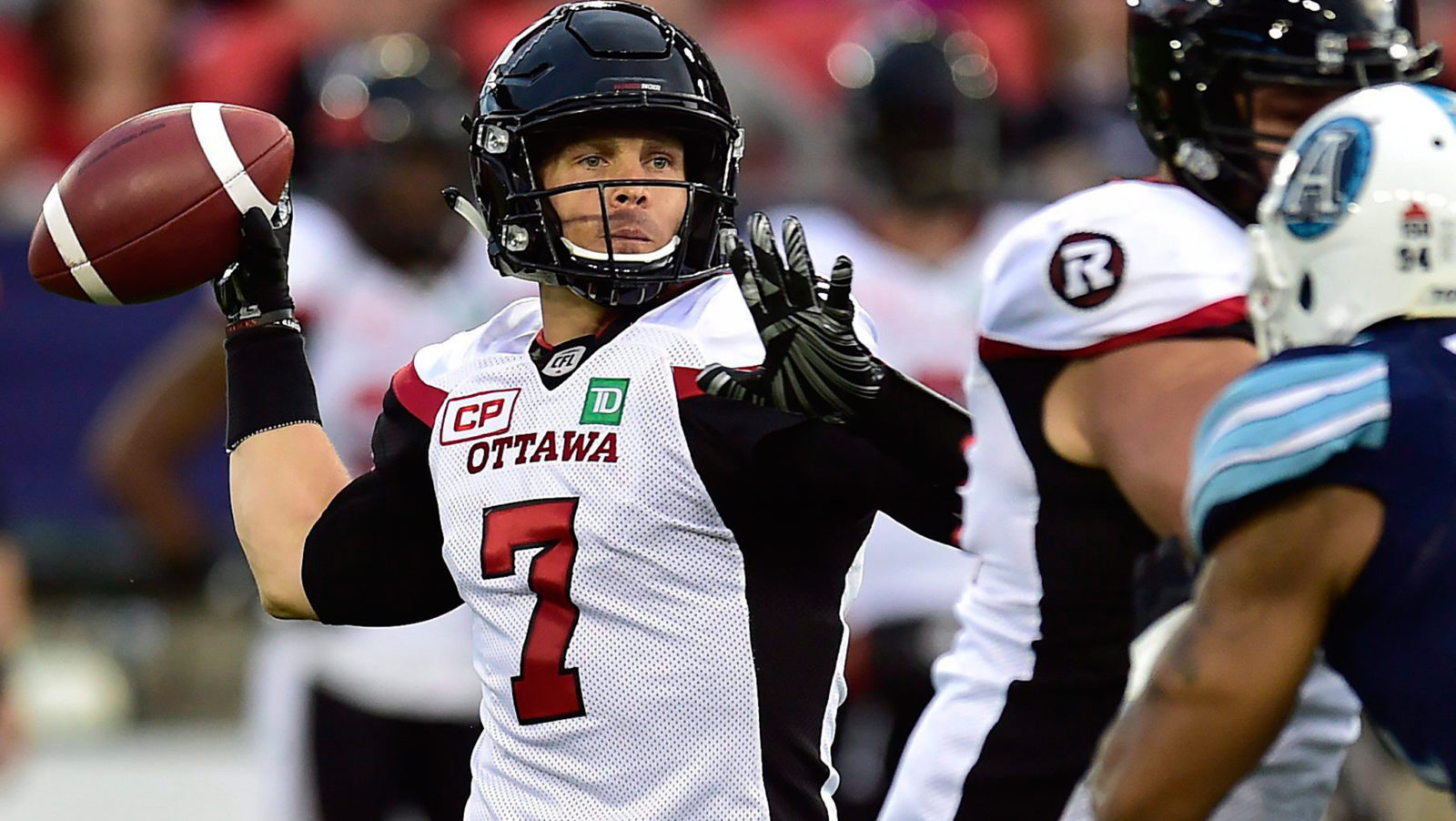 TORONTO — The Ottawa REDBLACKS won their first game of 2017 in Week 5 – their first of two contests of the week. The second – a battle for first in the East – was a loss to the Toronto Argonauts on a Lirim Hajrullahu field goal.

Despite their record, the REDBLACKS have the peices – a steady hand in Trevor Harris and a balanced attack through the air with Brad Sinopoli and Greg Ellingson and on the ground with William Powell – to start finding the win column.

With the REDBLACKS moving up, the Montreal Alouettes and Saskatchewan Roughriders both moved down a spot while the rest of the league stayed in place.

The Edmonton Eskimos are still undefeated in 2017 as they boast the best record in the CFL at 4-0. The Esks now have the task of hosting the BC Lions in Week 6 – the same team that is chasing them for the top spot in the West Division. Can the Esks keep things rolling or will the Lions hand them their first loss of the year?

BC continued its winning streak in Week 5, defeating the Winnipeg Blue Bombers in a high-scoring, exciting affair. Travis Lulay looks to continue leading the charge for the Lions as he and his team head to Edmonton to battle for the top spot in the West.

It was the Stampeders’ defence that stole the show in Calgary last week against the Saskatchewan Roughriders – as a group they held the Riders off the scoresheet in the first half and held off a late-game rally in the second. Charleston Hughes collected three sacks on Kevin Glenn as well. The Stampeders D will be looking to expose a struggling Tiger-Cats offence when Hamilton comes to town in Week 6.

The Bombers fell to 2-2 on the season after their loss to the BC Lions last week. Andrew Harris continued to be a favourite option for Matt Nichols on the ground and through the air. Harris, Nichols and co. will be looking to get back in the win coloum with a win over the Als this week.

It was an exciting win for the Argonauts this week, as they solidified the top spot in the East in front of former Argo Doug Flutie. But the win didn’t come without a loss as Bear Woods, Cleyon Laing and Victor Butler all left the contest with injuries. The Argos will hope all three will be back and ready to take on Saskatchewan this week.

It was only a matter of time before the Ottawa REDBLACKS nabbed their first win of the 2017 season. Playing two games in a week, the REDBLACKS won their first contest against the Alouettes but lost their second to the Argonauts. The squad now heads out on a bye week and will return to the field in Week 7.

The Montreal Alouettes sit in second in the East Division even after their loss to the Ottawa REDBLACKS this week. Darian Durant and Ernest Jackson continued their connection from Week 4 into Week 5 and will need it more than ever this week when they head to Winnipeg to take on the Blue Bombers.

The Saskatchewan Roughriders had a tough outing in Week 5 against a tough opponent – the Calgary Stampeders. Hoping to put the loss behind them, the Riders host the Argonauts at New Mosaic Stadium hoping the Rider fans will help them to a win.

After Week 5, the Tiger-Cats are the only team left in the CFL without a win. Last week was the first of four games against West opponents as they took on the Edmonton Eskimos. This week, Hamilton heads to Calgary looking to find their first win of the 2017 season.