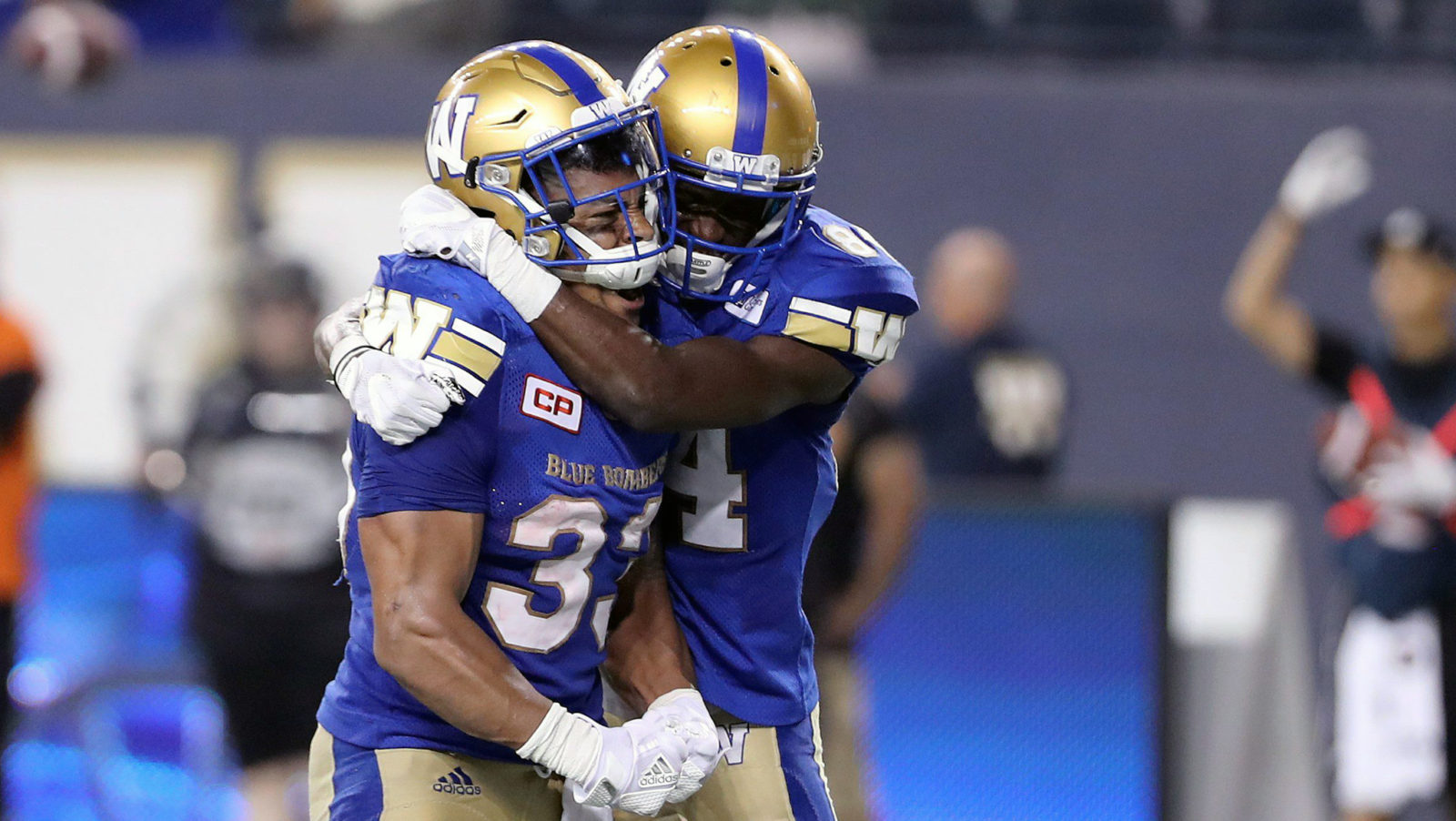 WINNIPEG – It was over. Until it wasn’t.

Trailing by 12 with less than two minutes remaining in the fourth quarter, the Blue Bombers looked down and out. But QB Matt Nichols led the Bombers on a furious comeback capped by a last-second touchdown run from RB Andrew Harris, and the Bombers had their third victory of the season 41-40.

RELATED:
» O’Shea: ‘I think Flutie would be pretty proud of that one’
» Box Score: MTL at WPG
» Gallery: Montreal at Winnipeg
» VIDEO: Lewis Passes Vaughn for third in all-time receptions

Durant quickly shook off the early interception, completing four consecutive passes and marching the Als down the field. He appeared to have receiver BJ Cunningham in the end zone, but the receiver was hauled down for a pass interference call. With the ball on the one-yard line, Alouettes fullback JC Beaulieu scored his first CFL touchdown on a drive up the middle and Montreal tied the game at seven.

A 15-yard punt return from Stefan Logan after a Bombers two-and-out gave Montreal possession inside the Winnipeg half, and Durant and the Als went back to work. RB Brandon Rutley showed off his agility, scampering up the sideline for an 18-yard gain before another Bombers’ penalty moved the Alouettes inside the 10-yard line. Durant finished the drive with a dart to Cunningham at the one-yard-line, stepping into the end zone to give Montreal their first lead of the game.

The Bombers battled back on the next drive, as the combination of Nichols and Harris moved down the field with ease. Nichols finished the drive with a beautiful pass through the uprights to Clarence Denmark, and Medlock’s convert tied the game again.

Durant was firmly in his groove with the Als looking for points heading into the half, completing four straight passes for four first downs as Montreal barrelled through the Winnipeg defense. After scrambling for three yards, Durant found Ernest Jackson deep for a 36-yard touchdown, giving Montreal a seven-point lead in the final minute of the half.

After forcing a quick two-and-out, Durant and the Montreal offense gobbled up field in a hurry, and Boris Bede extended the Als halftime lead to 10 with a field goal.

The 24 points scored by the Alouettes in the first half of Thursday’s matchup exceeded their previous season high for a game, as Durant and the offense were firing on all cylinders early.

After entering the game to convert on second-and-short, back-up QB Dan LeFevour remained for the next series and rewarded the Bombers by scampering to the right sideline and just breaking the plane for the touchdown.

Beaulieu seemed to feed off the momentum of his early touchdown on his second carry, bouncing off multiple tackles in the backfield and rumbling his way to the Winnipeg 25-yard line. Bede’s field goal pushed Montreal’s lead back up to six.

Justin Medlock kicked two field goals to the end the quarter, tying the game headed to the fourth.

After Bede put the Als ahead by three once again, Medlock got another chance to tie the game with a field goal, but a rare miss from the Winnipeg kicker resulted in just a single and a two-point Montreal lead.

The Alouettes appeared to seal the victory by running the ball down the throat of the Winnipeg defence, and it looked too easy as Stefan Logan sprinted up the middle of the field to the end zone for a 31-yard score.

Cue the unlikely comeback. Managing the clock the best he could, Nichols marched the Bombers offence down the field before finding receiver Ryan Lankford for the score. The Medlock convert brought Winnipeg within five points, though only 44 seconds remained in the game.

Bombers gunner Brandon Alexander leaped to recover the onside kick, and the Bombers battled their way to the one-yard line with just four seconds remaining. Nichols put the ball into the hands of Harris and he made no mistake, crossing the plane and sealing the improbable comeback victory.

The Alouettes will lick their wounds after a difficult loss with a bye in week seven, while the Blue Bombers will look to notch another victory as they visit the Ottawa REDBLACKS.