Nissan Titan Power Rankings: The Riders have our attention 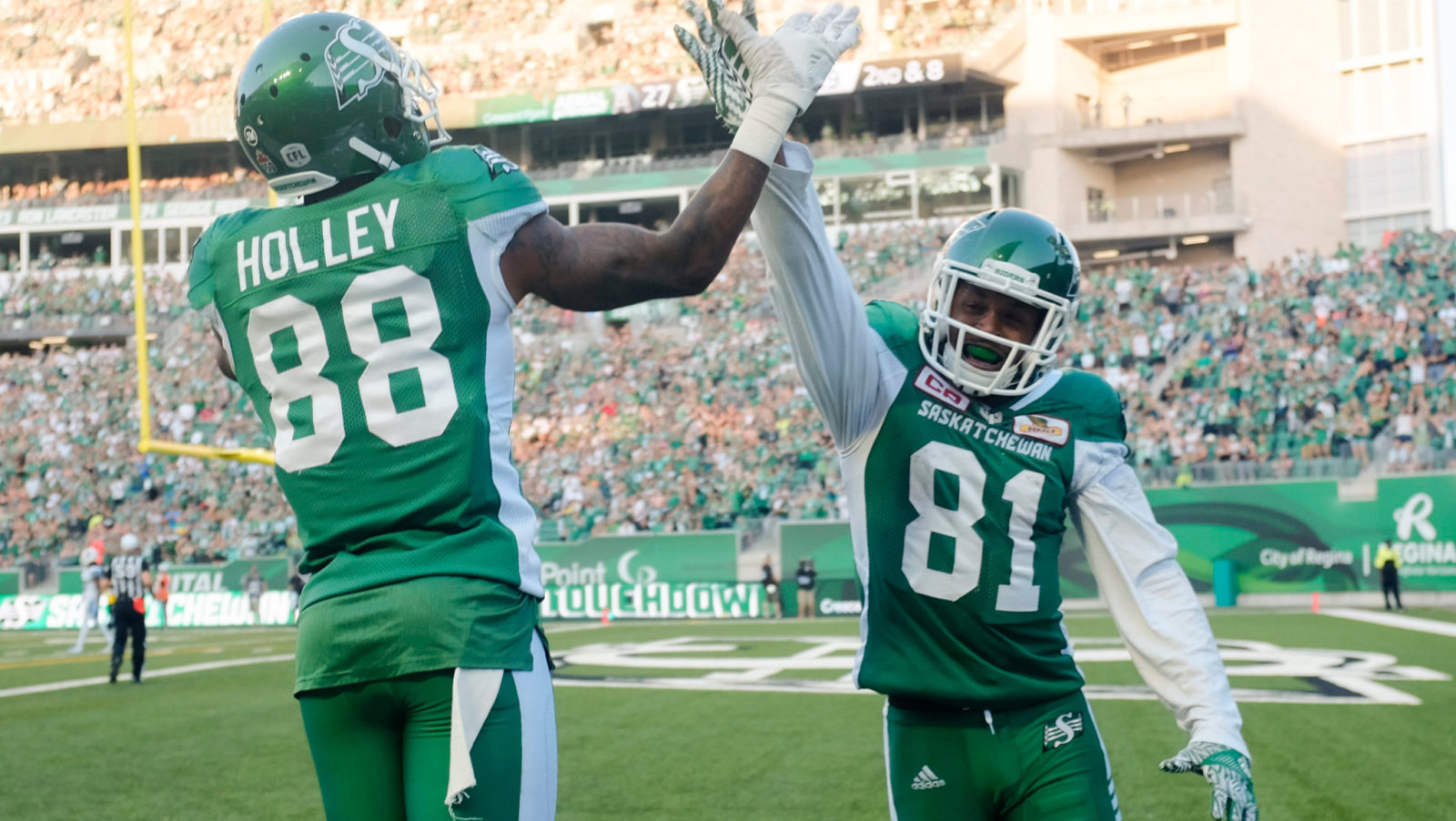 Nissan Titan Power Rankings: The Riders have our attention

TORONTO — The Saskatchewan Roughriders are moving up the Nissan Titan Power Rankings after defeating the Toronto Argonauts last week.

Thanks to a big 18-point fourth quarter – and Duron Carter’s out-of-this-world catch – the Riders nabbed their second win of the 2017 season.

The Calgary Stampeders moved up a spot this week after defeating the Hamilton Tiger-Cats but will they continue their rise?

Three receivers – Vidal Hazelton, Brandon Zylstra and Duke Williams – hit the century mark in receiving yards in Week 6, helping to lead the Esks to their fifth win in a row. Edmonton is still the only undefeated team in the CFL as they get set to host the Hamilton Tiger-Cats this week.

Calgary continued their dominance at McMahon Stadium last week, taking down the Hamilton Tiger-Cats 60-1. All three phases were dialed in as offence, defence and special teams scored for the home squad. Calgary heads to Toronto this week to take on the Argonauts looking to catch up to Edmonton for first in the West Division.

Travis Lulay continued to play under centre for the Lions last week as he and his team fell to the Edmonton Eskimos in an exciting game at Commonwealth Stadium. With their four-game winning streak was snapped, BC looks to get back in the win column as they host the Saskatchewan Roughriders this week.

Thanks to a last-minute score from Andrew Harris, the Winnipeg Blue Bombers defeated the Montreal Alouettes by a single point last week. The Bombers were trailing by 12 points with less than two minutes left in the final quarter – they were down, but not out. Winnipeg will hope momentum will be on their side when they head to the nation’s capital this week to take on the Ottawa REDBLACKS.

Ricky Ray tossed three touchdowns and 386 yards in his team’s loss last week and Anthony Coombs emerged on the Argos’ offence catching 97 yards on nine receptions. Looking to defend the top spot in the East Division, Toronto will play host to the red hot Calgary Stampeders at BMO Field this week.

Saskatchewan put on a show last week, as Duron Carter caught two major scores (including one with just one hand) and Kevin Glenn tossed four touchdowns and 340 yards in the victory over Toronto. The Riders also kept things rolling on the ground as Cameron Marshall rushed for 110 yards on 18 carries. Glenn will hope to keep his balanced offence going when they head to BC this week.

Ottawa had the week off as they spent Week 6 on a bye. With just a single in to their name this season, Trevor Harris and co. will be hoping to add their second this week as they host the Winnipeg Blue Bombers.

Despite the loss, the Montreal Alouettes offence has started to show just what they’re capable of. BJ Cunningham has quickly become one of Darian Durant’s favourite targets, hauling in 109 yards and a touchdown on six catches last week. Durant has also settled in nicely in an Alouettes inform as he tossed two touchdown passes and 348 yards in the loss. The Als now have a week of rest as they will spend Week 7 on a bye.

After a loss in Week 6, the Hamilton Tiger-Cats head to Edmonton looking to find the win column for the first time this season. CJ Gable returned to the field for the Tabbies last week and had 87 all-purpose yards. Luke Tasker also got in on the action last week, catching nine passes for 82 yards.