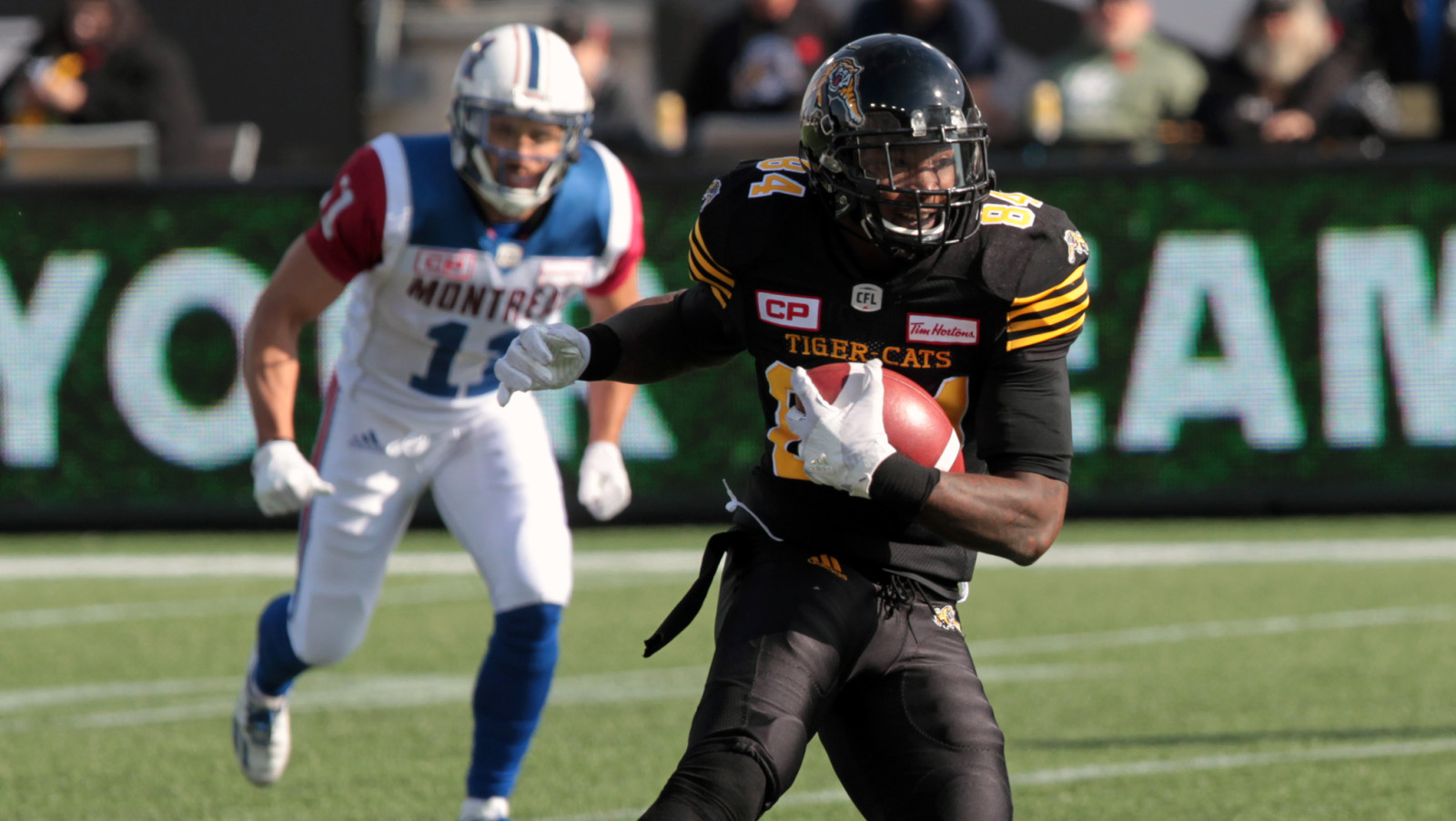 HAMILTON — The Hamilton Tiger-Cats announced a handful of roster moves on Tuesday, including the release of receiver Kevin Elliott and quarterback Logan Kilgore.

International offensive lineman Tony Washington, who was released by the Eskimos on Monday, heads the list of four new additions for the Ticats. Defensive back Cariel Brooks, defensive end Mike McAdoo and wide receiver Gerell Robinson were also added to the roster.

The moves continue what’s been a busy week following Hamilton’s 33-28 loss to the Edmonton Eskimos. On Monday, reports surfaced that the team is moving on from Jeff Reinebold as its defensive coordinator. 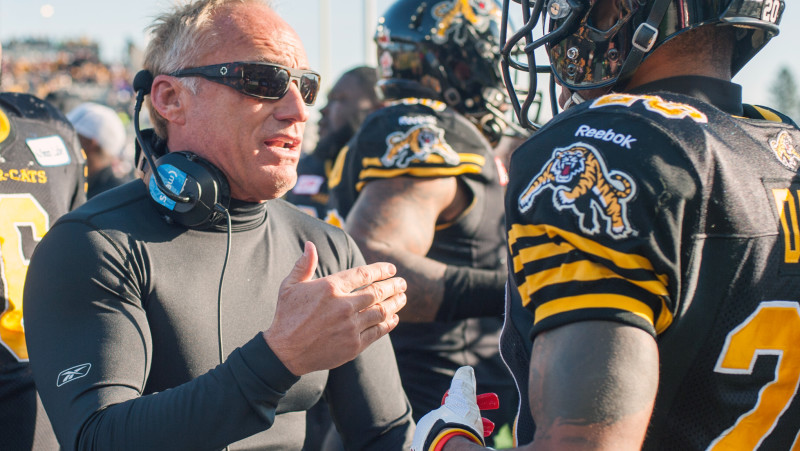 According to reports, Jeff Reinebold is on his way out as the Ticats’ defensive coordinator (Adam Gagnon/CFL.ca)

Elliott, 28, joined the Ticats following his surprise release by the Argos last fall. The 6-foot-3, 213-pound Florida A&M alum hauled in 15 passes for 220 yards in three games for the Ticats last season but has failed to make as big an impact in 2017, catching only four passes for 54 yards in two games.

Washington, 31, started six games at both left and right tackle for the Edmonton Eskimos this season before being released on Aug. 7. The 6-7, 318-pound native of New Orleans, Louisiana, has played in 75 career CFL games, starting 74 times, over seven seasons for the Calgary Stampeders (2011), Toronto Argonauts (2012-13) and Edmonton Eskimos (2014-17). The product of Abilene Christian University is a two-time Grey Cup Champion (2012, 2015).

Brooks, 26, attended training camp and played in two preseason season games for the Toronto Argonauts this year before being released on June 17. The 5-foot-10, 200-pound defensive back spent the last two seasons with the National Football League’s Arizona Cardinals, appearing in three regular season games in 2015.

McAdoo, 27, briefly signed with the Tiger-Cats earlier this year, joining the team on April 19 before being released on May 16. He spent the last two seasons with the NFL’s Dallas Cowboys, serving on their practice roster in 2015 before attending training camp and playing in four preseason games in 2016. The 6-foot-7, 250-pound native of Antioch, Tenn. also spent two seasons with the Baltimore Ravens (2011-12) after signing with the team as an undrafted free agent out of the University of North Carolina.

The Ticats search for their first win of the season when they return to Tim Hortons Field on Saturday night vs. the Winnipeg Blue Bombers.