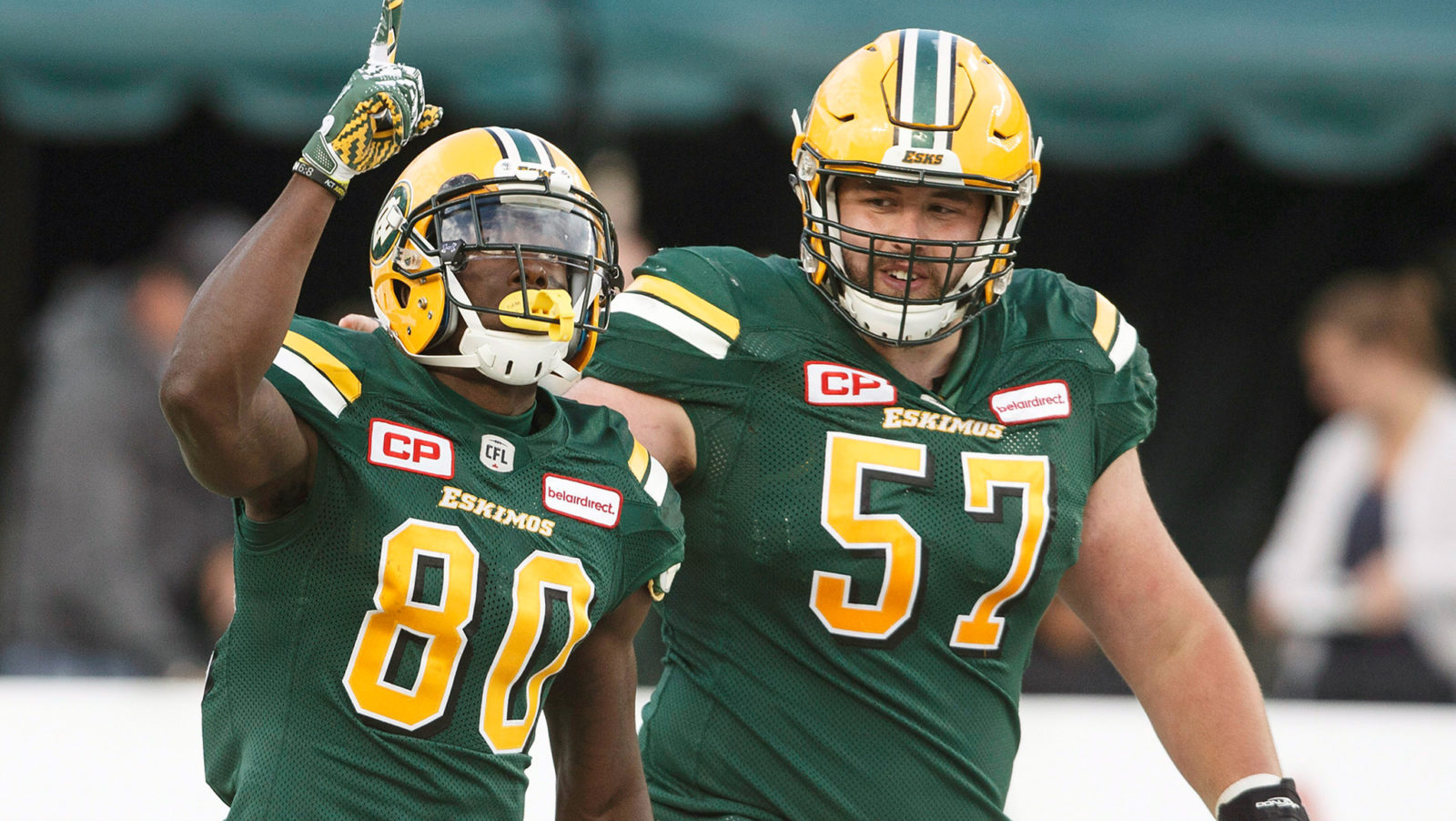 TORONTO — The gap between East and West remains well-defined in the CFL after the latter took all three head to head matchups in Week 7.

Edmonton, Calgary, BC and Winnipeg all earned victories this week and continue to be ranked accordingly. But while Calgary enters the bye week with more than 100 points over the last two games, the Bombers and Eskimos fought right to the end for a pair of hard fought victories.

The biggest questions may come from the East. And with a Toronto-Montreal home and home on tap, the power struggle continues for at least two more weeks.

With leading receiver Brandon Zylstra on the shelf, the infirmary isn’t becoming any less crowded for the resilient Edmonton Eskimos. Still, at 6-0 they’re quickly becoming the story of the 2017 season with their ability to overcome all obstacles. A road test vs. the REDBLACKS will be a good one in Week 8.

Two games, 101 points for the surging Calgary Stampeders. It’s a total melee in the West but it’ll be hard not to bet on the team that’s carried over its form from a 15-2-1 season a year ago. In an interesting twist, the only teams Calgary has not played are its two biggest threats, BC and Edmonton.

Wally Buono wants the Lions to dominate at home and his team sent a strong message on Saturday night in Vancouver. In what was supposed to be a measuring stick in the West, the Lions took a commanding 30-0 lead and didn’t allow a single point until 3:15 left in the game vs. the Riders.

Just win, baby. That’s what it comes down to the Bombers, who’ve picked up consecutive victories in dramatic fashion. While the Blue and Gold are 4-2 and standing up to the rest of the West, skeptics may point to their negative point differential this season and wonder whether they can hang around. Can they? More to come…

Plenty of nervous Argos fans but it looks like Ricky Ray has avoided a serious injury. That may be the only good thing to come from a 41-24 loss to the Stamps in Week 7. After two straight losses, the Argos will fight for the East Division lead in a home-and-home with the Als.

Teams don’t usually move up or down after a bye week but after their forgettable Week 6 collapse, the Als watched the Argos, REDBLACKS and Ticats fall in Week 7. That has them jumping two spots heading into a critical home-and-home with the division-leading Toronto Argonauts.

The Riders passed on a chance to make a major statement early in the season against one of the CFL’s best teams. After going down 30-0 at one point in Vancouver, they’ll need to be much better in the second half of a home-and-home with the BC Lions. That was not the kind of football Chris Jones ever envisioned when arriving.

It’s fair to say the Ottawa REDBLACKS, with the best point differential in the East (minus eight points), have been the victim of some unfortunate circumstances early in 2017. But it’s not all bad — despite having just one win over their first seven games, the REDBLACKS are only three points back of first. There’s plenty of time to turn things around.

Even with a much better effort in Week 7 — a 33-28 loss to the Eskimos that came down to the last play — the losing is getting tiring for the Ticats. On the positive side, the Ticats have played four of their first six games on the road and will enjoy a long-awaited return to Tim Hortons Field vs. the Bombers.