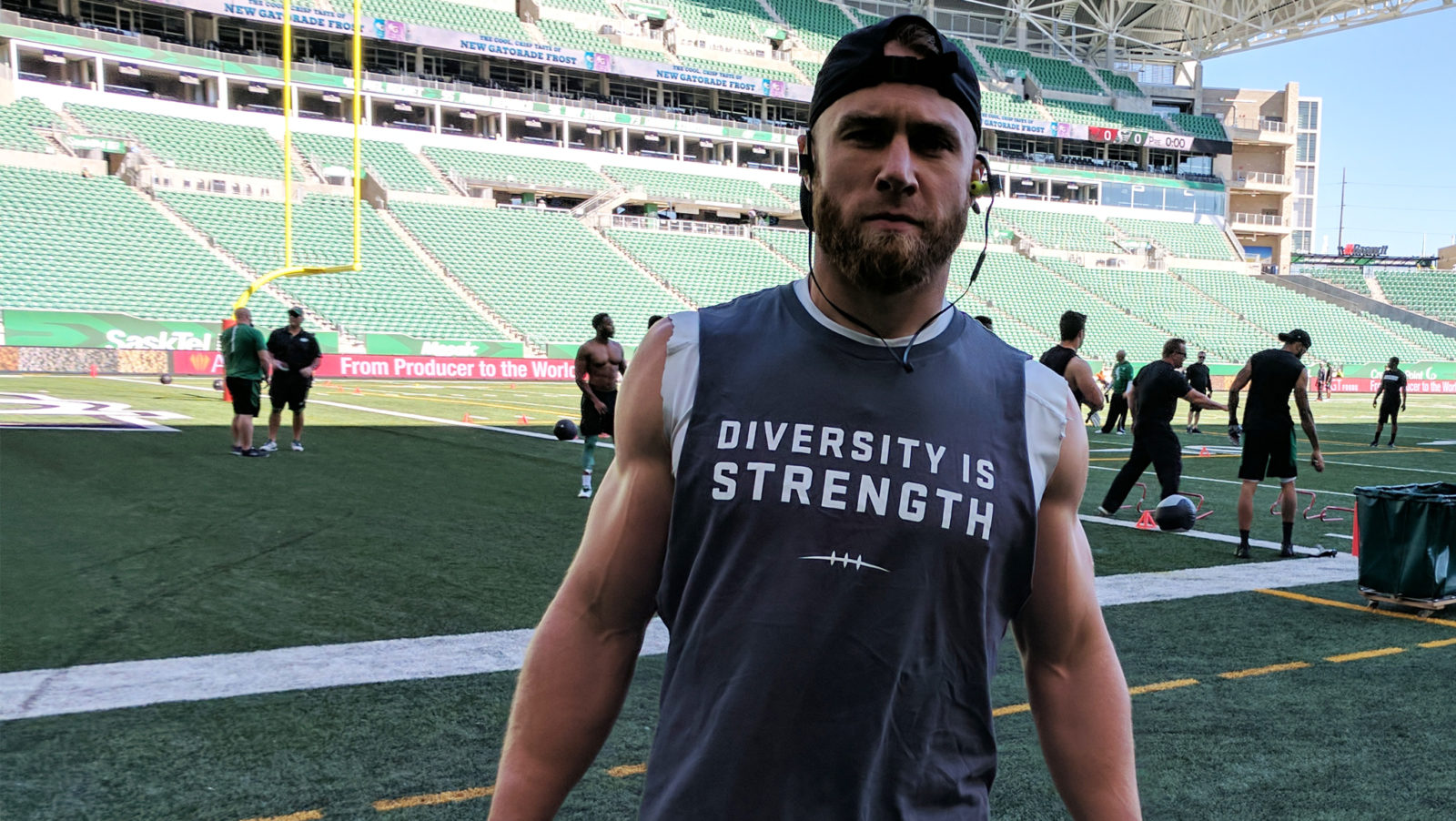 REGINA — A not so subtle message has been sent by CFL players and coaches.  As players made their way onto the field to warm-up for Sunday’s Week 8 finale members of both the Saskatchewan Roughriders and BC Lions donned t-shirts that not only celebrate the 150th celebration of Canada but shine a spotlight on inclusiveness and unity following the events that took place in Virgina this past weekend.

UPDATE: Shirts are now available for purchase with proceeds going to the CFL Alumni Association and Purolator Tackle Hunger.  Shirts can be purchased by clicking HERE.

Get yours now & help Spread The Word! ➡️ https://t.co/uvJItDEJ1W pic.twitter.com/BMpBIgt04e

The t-shirts (seen below) read ‘Diversity is Strength’ on the front and feature names of some of the players who have brought it to life: Bernie Custis, Normie Kwong, Jack Jacobs and Pierre Vercheval, etc.

Today we celebrate those that have made us strong.

The shirts were originally produced for a fall launch as part of the CFL and CFL Alumni Association’s ongoing celebration of Canada 150. After witnessing what transpired in Virginia, the league, along with both the Riders and Lions as well as the CFLAA decided to expedite their release and wear them today; not that this league and this country are perfect, but that we stand against hate and bigotry and we stand for diversity and inclusion.