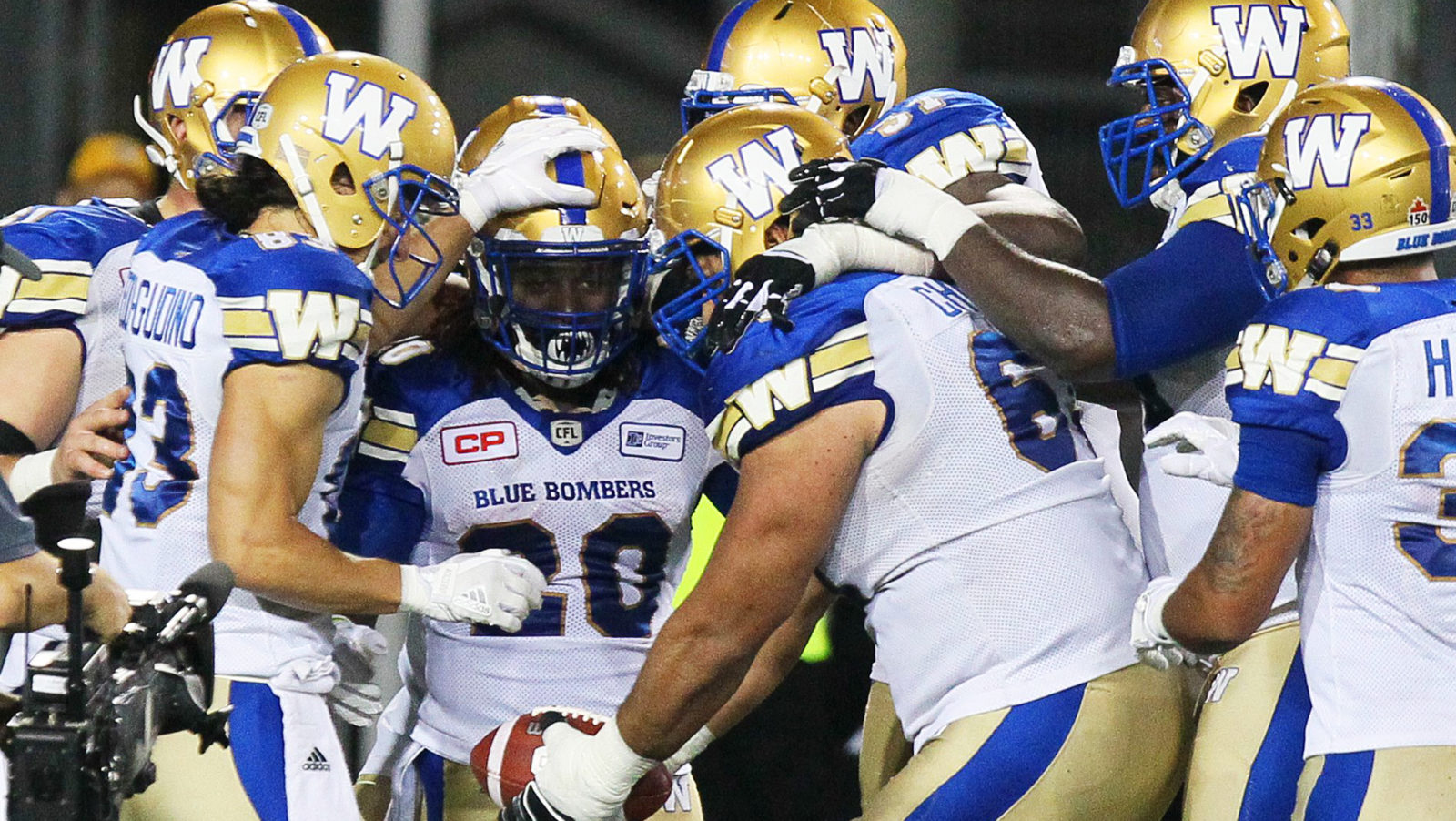 TORONTO — With a win over the Hamilton Tiger-Cats this week – led by Justin Medlock’s six field goals – the Winnipeg Blue Bombers are climbing up the Nissan Titan Power Rankings.

As the Bombers are starting to make a push for position in the West, so are the Saskatchewan Roughriders who also earned a win over the BC Lions last week.

The Montreal Alouettes and Edmonton Eskimos also found the win column this week but did that affect their position in the rankings?

Even with injuries throughout their roster, the Edmonton Eskimos continue to dominate the Canadian Football League. A Week 8 win over the Ottawa REDBLACKS improved the squad to 7-0 as they get set to head to Winnipeg looking to keep their winning streak alive.

The Calgary Stampeders return in Week 9 fresh off a bye but don’t expect the team to miss a beat. Scoring over 100 points in their last two games combined, the Stamps have proven they have a lethal offence that can score and can score often. Their next challenge will be in BC where they take on the Lions in Week 9.

Sitting just four points out of first in the West – and one point out of second – the Blue Bombers are proving each and every week they should be in the conversation of best in the West. This week will make skeptics believers if the Bombers can pull out a win over the undefeated Edmonton Eskimos.

Perhaps Week 8 was a blip on the radar for the Lions, as their usual potent offence fell short against the Saskatchewan Roughriders. They’ll get a chance to prove whether or not the contest was a fluke this week as they take on the red-hot Calgary Stampeders at home.

The Riders have emerged victorious in the back half of a home-and-home with the Lions this week, as the offence and defence both pitched in on their way to jumping two spots in the Power Rankings. The next few games are important to make up some ground in the West as Saskatchewan heads out on a Week 9 bye.

When the Als hit the field in the first half of a home-and-home with their division rival Toronto Argonauts, they were ready to make up some ground in the East. The win put them in a tie with the Argos in points and if they can get it done again against the Double Blue this week, first place is theirs for the taking.

Toronto’s first game without Ricky Ray was forgettable as they fell to the Montreal Alouettes in the first of two games against the division foe. As they head home to BMO Field this week, it’ll be imperative for the Boatmen to get a win to keep their hold on the top of the East.

The standings don’t tell you the entire story of the season, especially when it comes to the Ottawa REDBLACKS. The reigning Grey Cup Champs are still sitting with just one win but the squad is playing good football and has the league’s leading receiver, Greg Ellingson, and league-leading passer, Trevor Harris, to prove it.

Hamilton is still searching for their first win of the 2017 season as Week 9 rolls around. The Tabbies will get to play in front of a home crowd once again this week as they host the Ottawa REDBLACKS hoping the 13th man at Tim Hortons Field can help push the team to a victory.