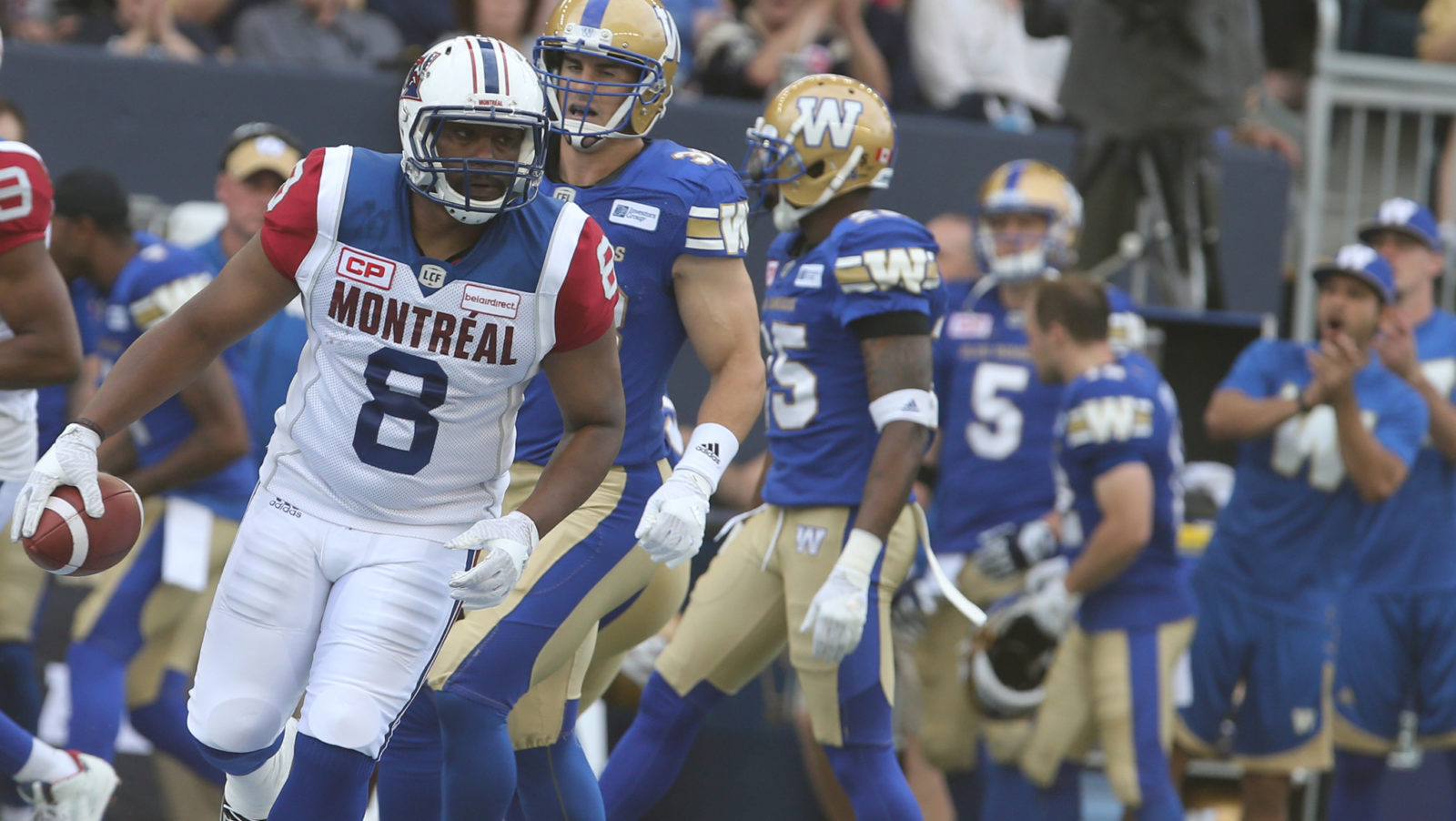 MONTREAL — For Nik Lewis, becoming the CFL’s all-time receptions leader was a tremendous honour . . . although it could have been even better.

The Alouettes put up a valiant effort against the red-hot Bombers, who exited Thursday’s duel at Percival Molson Stadium with a 7-2 record and a share of top spot in the West, but in the end it wasn’t enough.

“A team that lost the way that we did last week, to come out, bad things happen early, we’re down 10-0 — we could have just folded and said ‘here we go again’ but we didn’t,” said Lewis. “We fought back 10-10, we let them get up again but we came back.

“They’re a good football team,” he added. “But, not to quote Dennis Green or nothing, but we let them off the hook . . . again.”

Lewis came into the game with 1,021 catches over his 14-year career, needing just nine to pass Simon atop the all-time list. He did one better on Thursday, hauling in 10 passes for 88 yards.

Both the tying catch and the go-ahead catch came on the final drive of regulation, setting up a game-tying Boris Bede field goal to force the game to overtime.

Lewis, after the game, credited consistency for his ability to become one of the CFL’s all-time great receivers.

“I tell people all the time, greatness is not making a one-handed catch,” said Lewis. “If you play long enough, you’ll get it, just like a hole in one.

After a 38-6 loss to the Toronto Argonauts in Week 9, the Alouettes were right there with one of the CFL’s best teams from start to finish. They finished with an edge in first downs (28) and yards (422). But in the end they’ll lament two failed trips to the red zone and four turnovers, including one early in the game that took points off the board.

Lewis says the Als, who sit at 3-6 heading into the halfway house, can still win 10 games with some work. With some work.

“And I truly believe that,” he said. “Because of what we can do. We’ve got to continue to work.

“I’m still not good enough for us to be winning games. I need to continue to work hard and be better.”

The Alouettes, still just a game out of top spot in the East, will try to do just that ahead of a Thursday night clash with the Ottawa REDBLACKS.

In the moment, at least, Lewis can take some consolation in now claiming the title of all-time catches leader.

“For a kid like me, who never thought he’d play professional football . . . Pretty proud,” said an emotional Lewis. “It’s a lot of hard work to get there. The injuries, just everything you go through, all the experiences from all the receivers I’ve been fortunate to play with. All the quarterbacks I’ve been fortunate to catch a pass from. The coaches I’ve played with.

“It’s an amazing feeling to know if you keep working, it is possible.”