Eye on ’18: Ferguson takes a deep dive into the Top 20 CSB Rankings 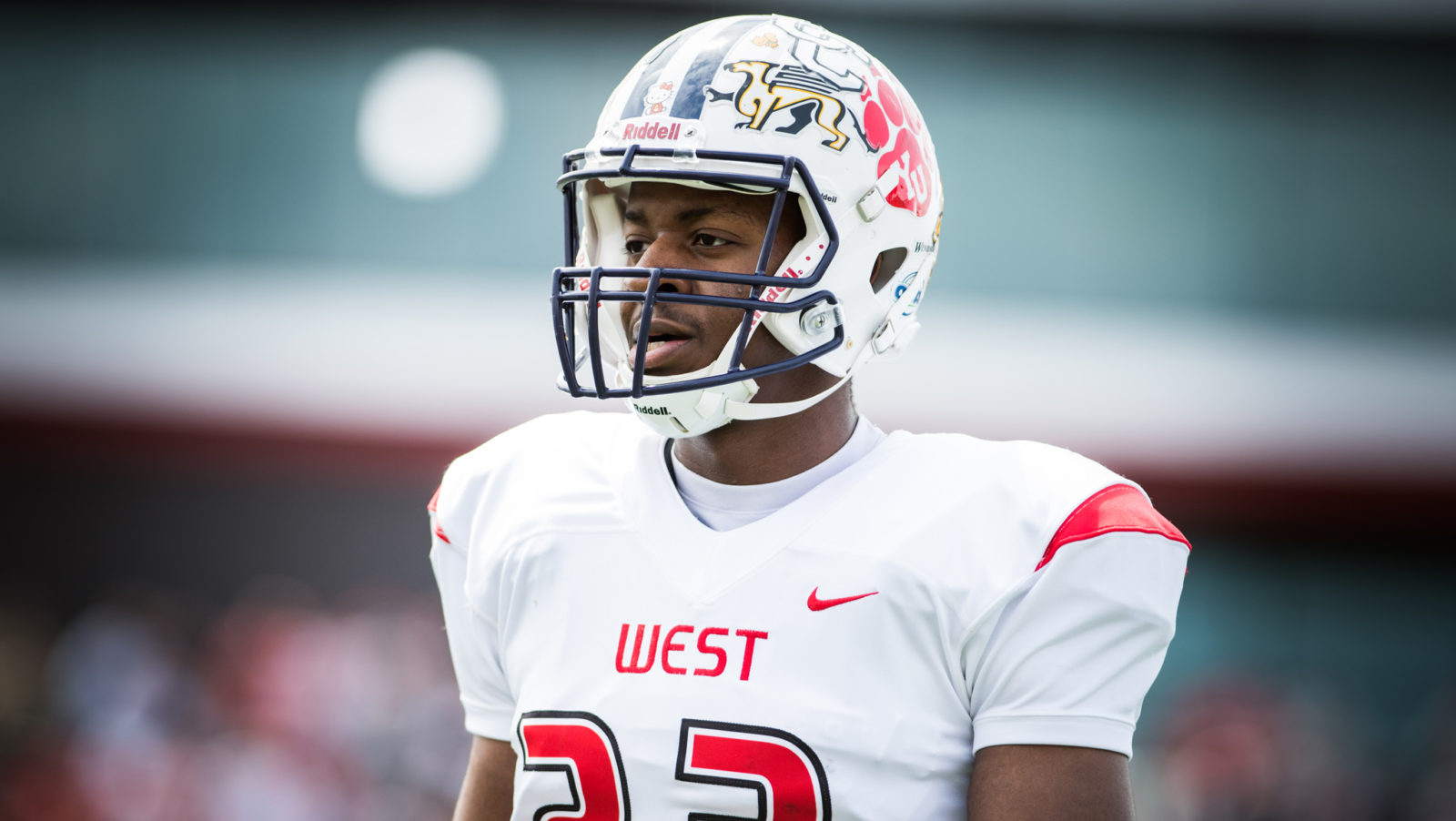 Eye on ’18: Ferguson takes a deep dive into the Top 20 CSB Rankings

Last weekend the U SPORTS football season kicked off with a group of RSEQ and OUA games which means it is time to start assessing the 2018 CFL draft class again.

With just over eight months until draft day this list is sure to evolve and change several times over but what remains consistent is the level of talent present in the central scouting bureau’s rankings.

20) Neklas Kwemo – LB – Queen’s
Kwemo, a montreal native has been one of the brightest up and coming stars for the Queen’s Gaels for the last three years. After suffering a devastating knee injury early in his U Sports career Nelkas has recovered to move naturally once again and play with a power many 2018 draft eligible prospects will envy come the 2018 combine.

19) Jackson Bennett – LB – Ottawa
Bennett plays just about everywhere on the Gee Gees defence. In week one he played anywhere from weak side linebacker to free safety and boundary half back. Regardless of position Bennett plays fast and free.

18) Jonathan Boissonneault-Glaou – DL – Montreal
This mechanical engineering student uses every bit of his 6’0, 227 pound frame combined with relentless effort to chase opposing quarterbacks around. Without Mathieu Dupuis or Junior Luke – both drafted last May – on the Carabins defensive line keep an eye on Boissonneault-Glaou’s production.

17) Kieler Cherry – OL – Acadia
Cherry helped the Saskatoon Hilltops of the Prairie Football Conference (PFC) in the Canadian Junior Football League Canada bowl in 2014 before joining Acadia in 2015. Since then the 6’7, 300-pound offensive lineman has anchored the line in Wolfville.

14) Dakota Shepley – OL – UBC
Shepley represented UBC at the U SPORTS East-West Bowl last May and remains one of the more physically imposing bodies in Canada West football. With a good season protect Thunderbirds quarterback Micheal O’Connor Shepley could move up the rankings.

13) Andrew Pickett – OL – Guelph
Pickett mans the left guard spot for the Gryphons this season while kicking out to tight end in any six-lineman sets. He has some trouble in the open field but remains multiple and physical.

12) Rashaun Simonise – WR – Calgary/Okanagan
Simonise has experienced several ups and downs since leaving the Calgary Dinos football program . He is a supremely talented receiver who has more potential than anyone else in this top 20 if he can stay on the field. Simonise started last year ranked seventh by the scouting bureau before rising to the fourth best player available in the December rankings before having his draft year deferred from 2017 to 2018.

11) Chris Amoah – RB – Laval
Another Laval running back?! Yes. Amoah runs angry, has solid hands out of the back field and embraces contact better than any Canadian back I’ve seen so far in 2017. He is primed for a big year behind a Laval offensive line with no representative in the September scouting bureau rankings.

10) Julien Laurent – DL – Georgia State
Laurent is a pure nose tackle and shows all the potential you could hope for in a national defensive line draft prospect. Laurent can take on a double team and get sideline to sideline. One of the September Scouting Bureau’s players worth searching out to watch this NCAA season.

9) Regis Cibasu – WR – Montreal
Cibasu is a thick and physical possession receiver. He led the Carabins in receptions in 2016 with 46 catches in eight games including 503 yards and one touchdown

8) Kene Onyeka – DL – Carleton
Onyeka has a special nose for the football and ability to get skinny quick to shoot gaps when needed. The Carleton defensive line needs him to have a big year after a 2016 campaign which saw Onyeka tally 49 tackles and one sack.

7) Tyrone Pierre – WR – Laval
At 6’3, 210-pounds with blazing speed Pierre will be the Rouge Et Or deep threat all season to complement a solid ground game. There is no mystery why Cibasu and Pierre are ranked so closely together. They’ll be compared all season as Montreal and Laval approach the Dunsmore Cup.

6) Peter Godber – OL – Rice
Godber is a bit of a mystery to anyone who didn’t see him play for Toronto’s St.Andrews College before attending Rice but is well known to Owls fans as a dependable member of the offensive line. Godber has played in 36 games including the last 23 as a starter heading into 2017.

5) Darius Ciraco – OL – Calgary
Ciraco has had success at every level of Canadian football. He was an All-Star at the Canada Cup tournament, member of Canada’s U18 team that played in Texas and suited up for Canada’s U19 Junior National Team. More recently Ciraco has been a rock on the Dinos offensive line and fits the profile of a classic CFL offensive guard at the next level.

4) Godfrey Onyeka – DB – Laurier
The highest rated U Sports prospect in the September scouting bureau rankings has received 1st team All-Canadian honours each of the last two seasons and will garner plenty of CFL scout attention the year with his explosive tackling and special teams play.

3) Ryan Hunter – OL – Bowling Green
The North Bay, Ontario Native has starred at Bowling Green for the past three seasons after redshirting in 2013. Hunter is renowned in the Mid American Conference as a mauling offensive guard that should draw plenty of scouts attention this season. 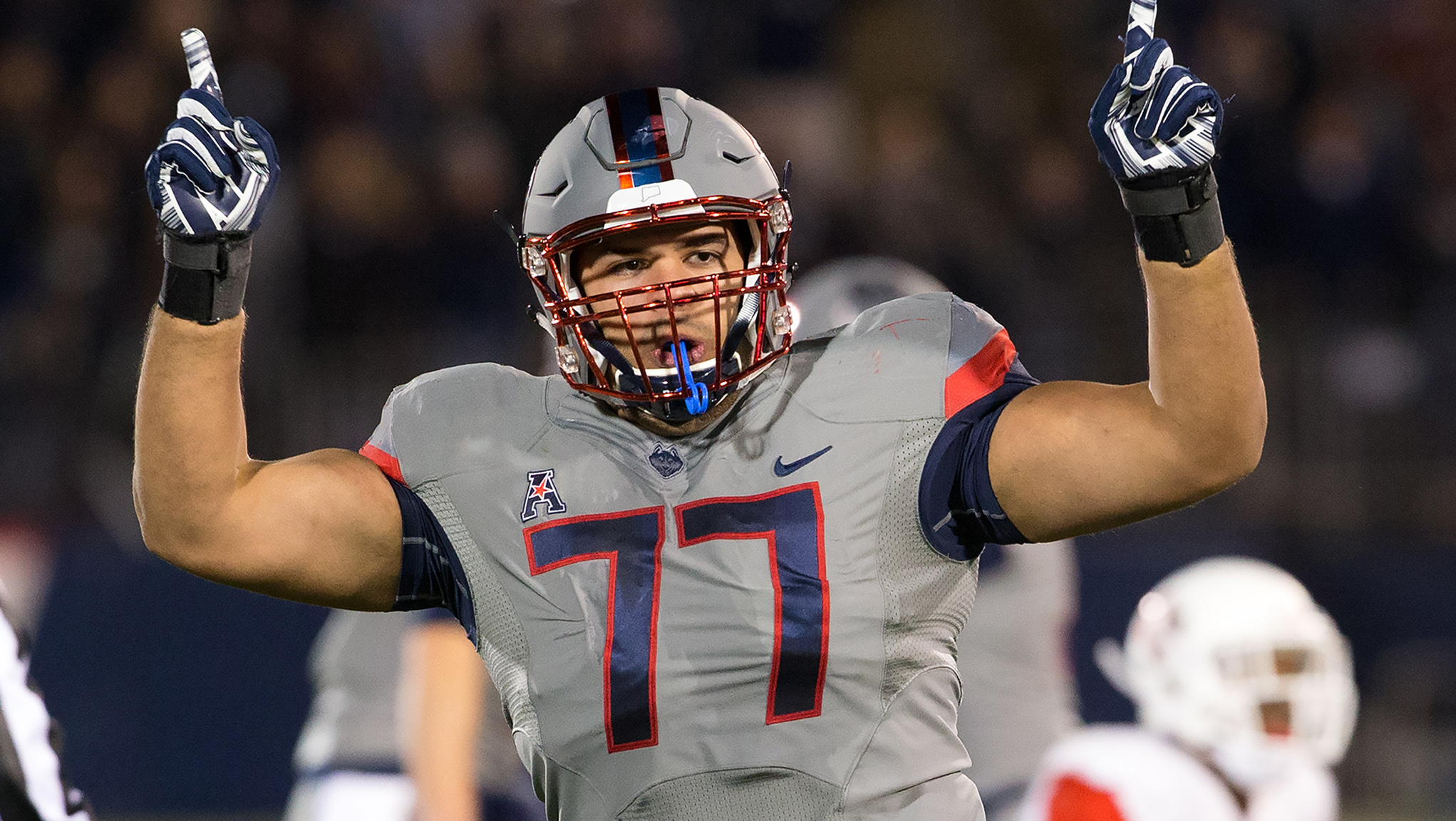 2) Trey Rutherford – OL – UCONN
In 2016 Rutherford played in all 12 games with seven starts. He helped the Huskies rush for 100 yards or more on six occasions. Rutherford is described by UCONN Huskies Head Coach Bob Diaco as a big, tough strong kid that needs to be on the field.

1) David Knevel – OL – Nebraska
Knevel is a mountain of a man at 6-9 315 pounds and he can RUN. The Brantford Ontario native and brother of current Wilfrid Laurier Golden Hawks Quarterback Micheal Knevel earned the starting job at right tackle last season for Nebraska before missing time late in the season because of injury. Knevel emerged from Nebraska 2017 Spring practice at right tackle and has all the marks of a CFL star lineman if and when he dons a CFL uniform.