Austin, the Ticats’ vice-president of football operations, answered questions on Wednesday after reports surfaced that Manziel worked out for the team a week ago in Buffalo in front of coaches and front-office personnel.

The TSN report said that Manziel was put through a series of physical and medical tests during the team’s bye week on Aug. 23 and 24, which Austin has since confirmed.

“Johnny did some good things,” said Austin. “On the field, he looked fine. It was a short workout but he’s obviously a talented kid. 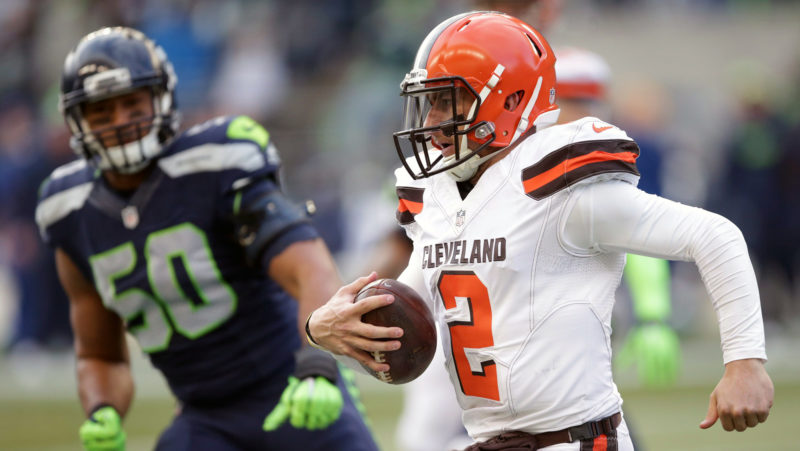 The former Ticats coach said that even if a deal isn’t close, the Ticats remain interested in the former Texas A&M college football star.

“We don’t talk about any of the evaluations and the details of those evaluations. They stay internal. We’re still interested in Johnny Manziel. He’s on our neg list for a reason.”

The Ticats revealed back in March that Manziel is on the team’s exclusive negotiating list. According to TSN, the Ticats will retain Manziel’s rights — then, should Manziel’s side declare an interest in signing, the Ticats would have 10 days to either sign him or move his rights.

For now, Jeremiah Masoli and Zach Collaros remain the Ticats’ top two pivots with the former getting the nod in his first career Labour Day start vs. the Argos on Monday.

Should Manziel ever land north of the border, however, he could be a player worth getting excited about. Manziel, 24, was a first-round pick (22nd overall) by the Cleveland Browns in 2014 following a polished college career at Texas A&M.

Ticats GM Eric Tillman gushed about his potential several months ago, describing him as a player of ‘extraordinary gifts’.

“A terrific athlete, a guy that can dunk a basketball,” started Tillman. “Flat-footed, has huge hands. The guy’s just Houdini with the football — just an innate ability to escape.”

Tillman, at the time, said he hopes Manziel gets another shot in the NFL. But if it doesn’t happen?

“If that doesn’t happen, we think he’s a guy that’s just electric, that could be one of the most exciting players in the Canadian Football League since Doug Flutie,” said Tillman. “He makes throws. Up here he could utilize every inch in the width of our field.

“He’s just going to be a dynamic player in Canada if he comes.”