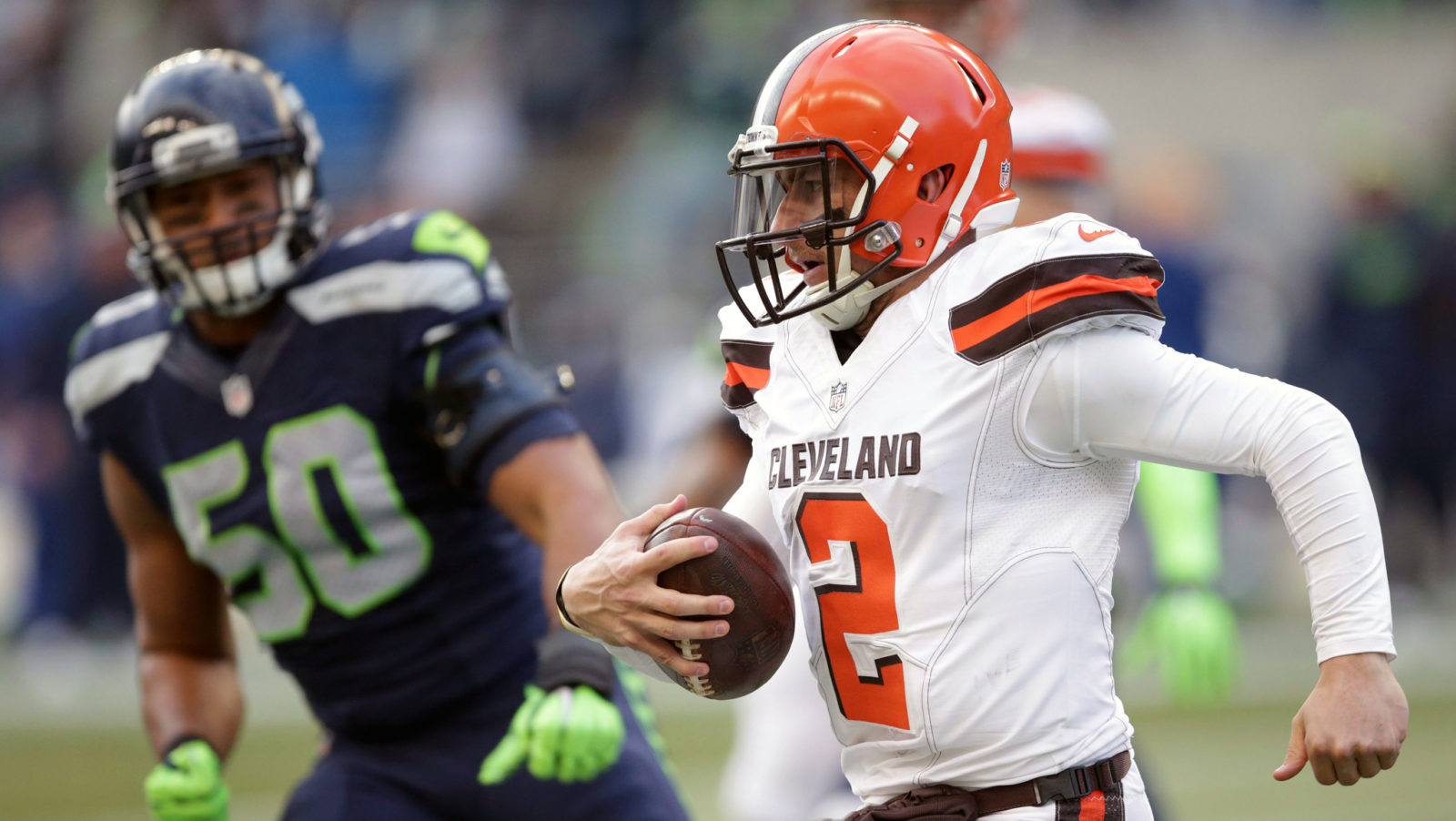 HAMILTON — After months of rampant speculation, Johnny Manziel appears to be headed north of the border.

The former Texas A&M star announced Saturday he’s signed with the Hamilton Tiger-Cats, ending a year-long saga of contract negotiations and public speculation on whether one of college football’s biggest names will land in the Canadian Football League.

Earlier this winter, CFL.ca’s Davis Sanchez weighed in on Manziel and his potential to become a franchise quarterback for a Canadian Football League team one day. Of course, the former NFL first-round pick comes with some pretty big ifs.

“The detractors would say that we see great U.S. college quarterbacks come here all the time and not succeed, so why would this be any different?” Sanchez told The Waggle last August. “I argue that Johnny has a different skill set than 99 per cent of those guys… the skill set that made him the Heisman Trophy winner at six feet tall.

“Manziel is different. He has the tools to be a star in this league,” he added. “He has a special skill-set with the vision, the ability to make something out of nothing, the competitor in him.

“There’s a GM that’s eventually going to bring him up here and if, and it’s a big if, he is focused on being a football player and a good teammate, he will be a franchise QB here. I very much believe that.”

That’s an astronomically-sized ‘if’ but a very important one when it comes to Manziel’s future here in Canada. While the results vary from quarterback to quarterback, one thing virtually every young American quarterback from the states has in common is that success in the CFL doesn’t come instantly. Even the greatest CFL quarterbacks have had to bide their time and learn the Canadian game with a patient and humble approach.

For Sanchez, Manziel’s decision to come to the CFL would mean resigning himself to starting out as a backup and having to earn his playing time. With Jeremiah Masoli returning as the Ticats’ incumbent, all eyes will be on both quarterbacks in camp.

“He would have to sign off on the fact he is coming in as a backup and be okay with that.”

For Sanchez, commitment is a two-way street. The Ticats will also have to be patient with their new quarterback.

“The challenge will be for Manziel to humble himself and be patient enough to sit back and learn the game,” said Sanchez. “This patience also must come from the team to allow him the time to sit back and learn so he can succeed the same way many of the good ones we see now were able to do.”