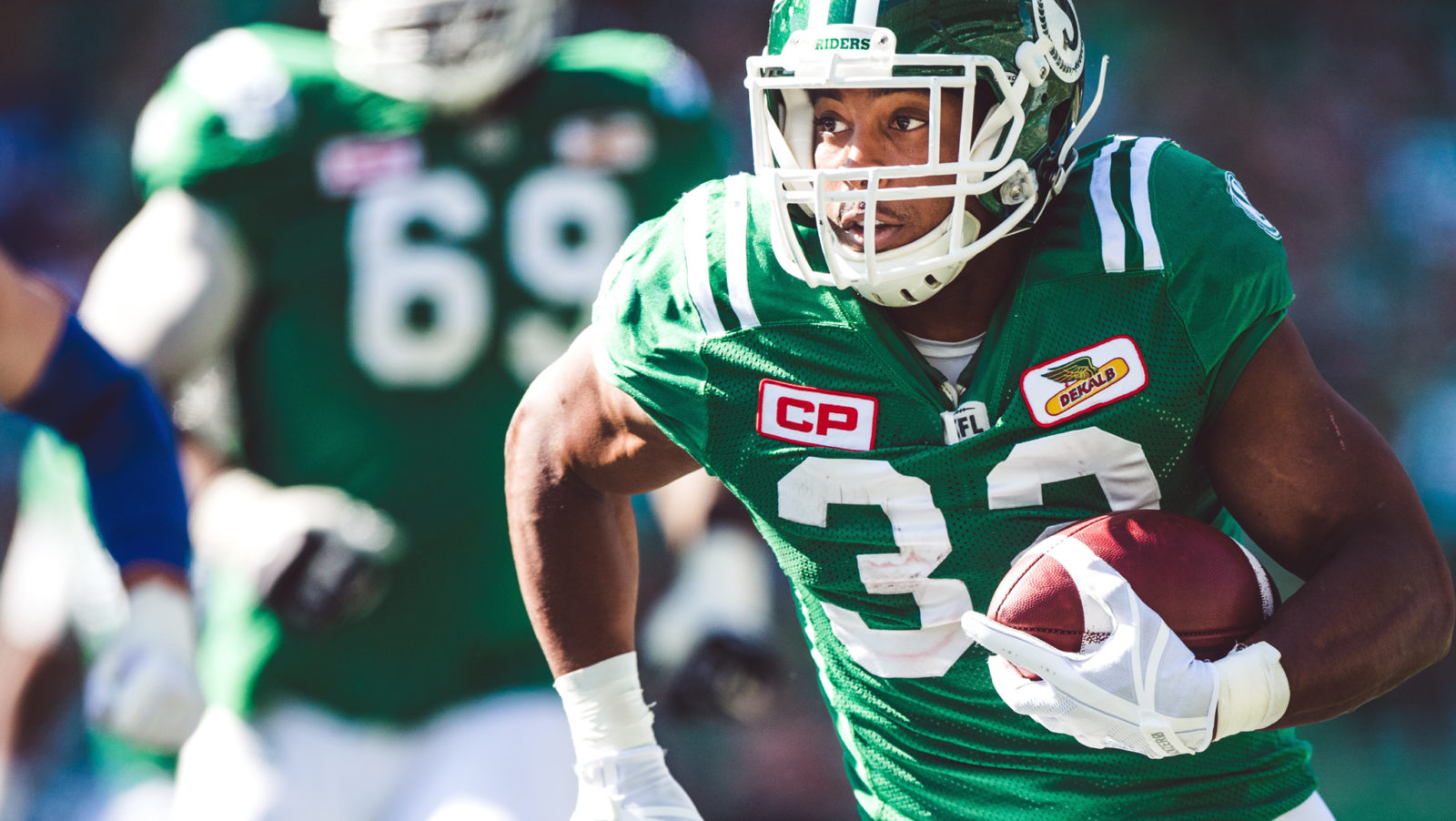 REGINA — Riders running back Cameron Marshall and receiver/returner Nic Demski exited Sunday’s matchup with injuries vs. the Bombers and did not return.

Kienan LaFrance will handled running back duties for the Riders in Marshall’s absence, while Duron Carter took on the

Marshall, a free agent signing by the Riders after a brief stint in the NFL, was enjoying a solid return north of the border in 2017, totaling 489 rushing yards and 278 receiving yards. He had 55 rushing yards and a touchdown on Sunday before his second-quarter exit.

Demski, a former first round pick now in his third CFL season, has factored into the Riders’ return game throughout the year and on Sunday, his first-half punt return deep into Bomber territory set up an early Saskatchewan touchdown.

No word yet on either player’s availability for the rematch in next weekend’s annual Banjo Bowl.