Sanchez: Something had to give in Montreal

Sanchez: Something had to give in Montreal

MONTREAL — Less than a year after being appointed the club’s head coach, the Montreal Alouettes relieved Jacques Chapdelaine of his duties and did the same with long-time defensive coordinator Noel Thorpe Wednesday morning.

A move that surprised many but was a risk that general manager Kavis Reed and his staff felt they needed to take in order to right the ship in Montreal.

“When you’re the head coach and also the offensive coordinator and your team is in the bottom of most offensive categories and your overall team is struggling something’s gotta give,” said CFL.ca analyst Davis Sanchez who also serves as the Alouttes’ radio colour commentator.

The move comes with on the heels of the Als 41-18 loss to the BC Lions on Friday which dropped them to 3-8 on the season.  With the East Division still trending well behind the West, the Als still have an opportunity to get back into the playoff picture which could have led to the immediacy of the move.

RELATED
> Als part ways with Chapdelaine, Thorpe
> Report: Stubler in the mix for Als revamped coaching staff
> Reed: ‘This is about the franchise doing what’s right’ 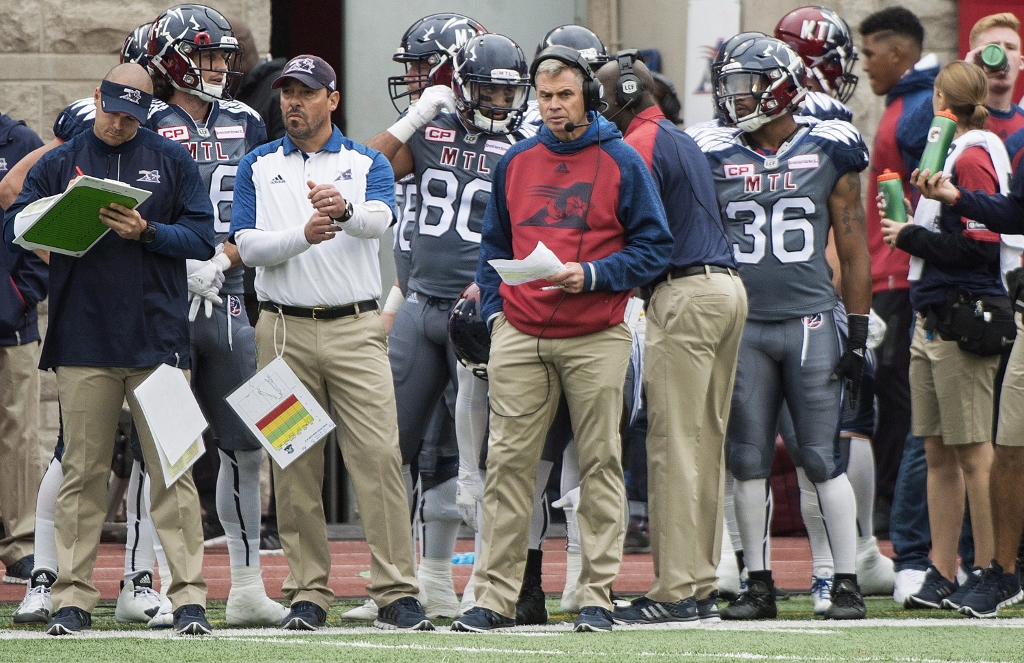 Jacques Chapdelaine run as head coach ends after just under a year with the Montreal Alouettes as they announce that Kavis Reed will be their fourth sideline boss in five years.

“A move like this can assure that the Als are on the same page from top to bottom and before this move that’s not something that some had questioned was the case,” Sanchez told CFL.ca.

Should Stubler join the Als, it should come as no surprise to most, says Sanchez.

“It is well known that Kavis and Rich have a strong history.  Stubler gave Kavis his start in coaching in Toronto.”

As for Calvillo, Sanchez says, “he obviously has a ton of experience in the league and a fresh new look, come fresh new ideas can’t do anything but help and offence that has struggled. In his second term as a play caller, he’s a couple more years experienced as an offensive coach. A smart guy, a hard worker, I’m sure he’s learned quite a bit over the last few year.  I wouldn’t be surprised if he had success”