TORONTO — The Canadian Football League (CFL) and National Football League (NFL) launched a flag football program that will engage hundreds of kids across the country on Friday. The program for Canadian youth will culminate in a national flag football tournament during the week of the 105th Grey Cup presented by Shaw in Ottawa, with the winner travelling to Pro Bowl week in Orlando, FL to participate in the NFL FLAG Championships.

The CFL/NFL Flag Football initiative will teach kids the fundamentals of the game and promote physical activity. Alongside skills development, participants will receive lessons in teamwork, sportsmanship, and other lessons that help them succeed both on and off the field. 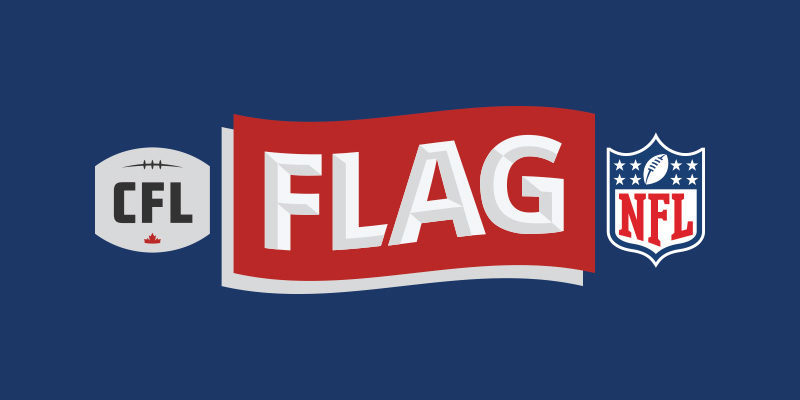 “This flag football tournament series is an exciting example of our continued commitment to grow the game,” said Glen Johnson, CFL Senior Vice President of Football. “Developing programming for youth football with our partners at the NFL promotes a healthy lifestyle and the continued success of our sport in a fun and safe way.”

“We are excited to partner with the CFL on youth initiatives in Canada,” added David Thomson, Managing Director, NFL Canada. “Both leagues share the goal of strengthening the interest, awareness and participation in football among Canadians. This is a great opportunity to showcase the talent, dedication and achievements of local flag leagues during the CFL’s Grey Cup week in Ottawa and the NFL’s Pro Bowl week in Orlando, Florida.”

Coed teams of 11-12-year old athletes will take part in nine regional tournaments to be held in CFL cities throughout the fall, coming together for a national tournament during Grey Cup week in the nation’s capital. The winner of this tournament will compete in the NFL FLAG Championships during Pro Bowl week next January in Orlando, FL.

Each regional tournament will feature eight teams with a maximum 10 players each. Participants will meet current CFL players, interact with CFL cheer teams and mascots, and enjoy football-themed games and activities alongside their matches in each CFL market. Each regional tournament’s victorious team will win a trip to Ottawa to play in the CFL/NFL Flag Football Championship during Grey Cup Week.

Here is the list of the upcoming regional tournaments:

Participants for the program have been selected through CFL member teams and local organizations. More information can be found at CFL.ca/flag. Both the CFL and the NFL will continue to invest in youth football programming and promote increased physical activity.