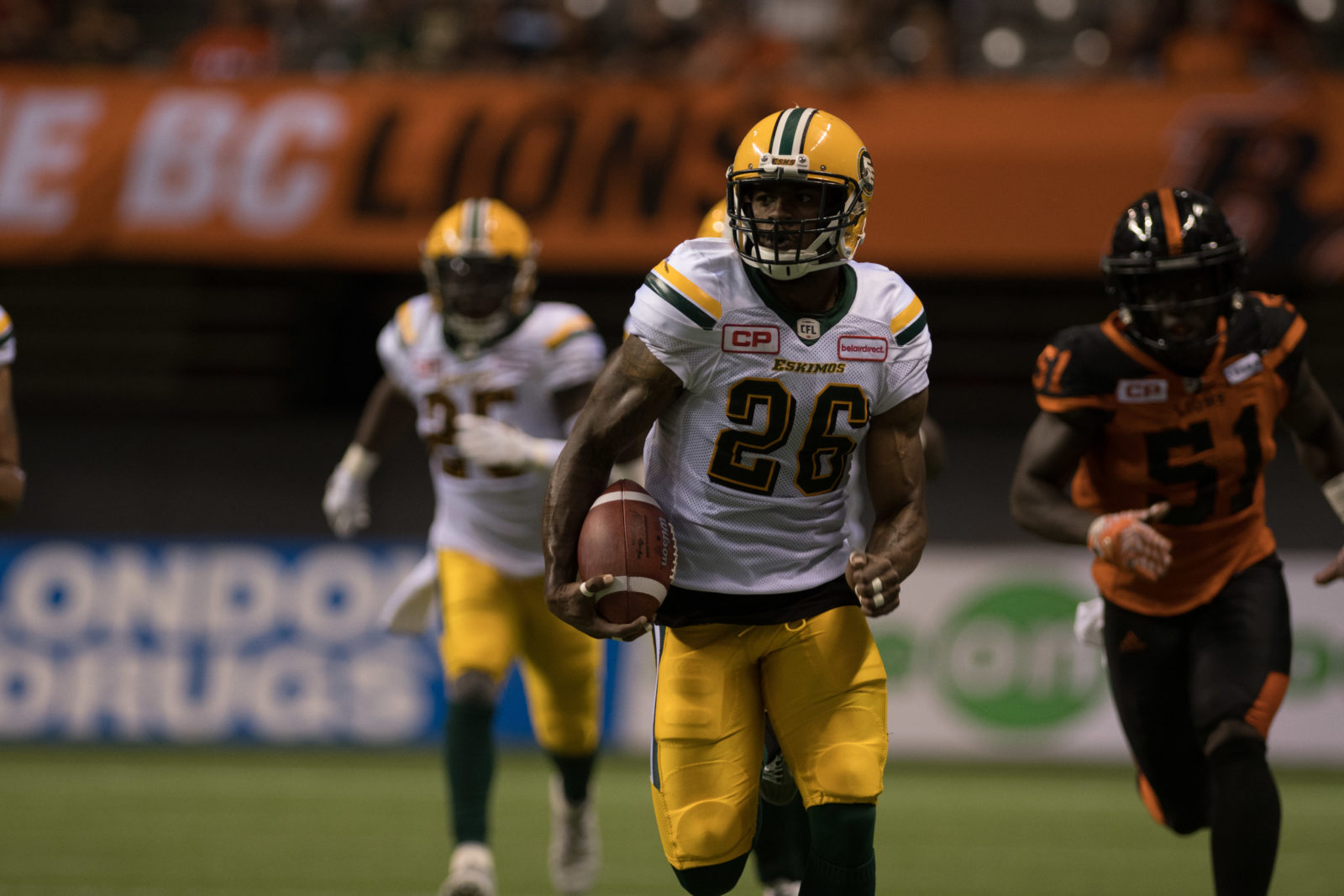 TORONTO — The Canadian Football League (CFL) announced on Friday that Saskatchewan Roughriders defensive lineman Makana Henry was fined for leading with the crown of his helmet on a hit to Winnipeg Blue Bombers quarterback Dan LeFevour.

The league also announced that Edmonton Eskimos defensive back Chris Edwards was fined for an inappropriate gesture following the conclusion of play #140 against the Calgary Stampeders.